The Day The Music Died 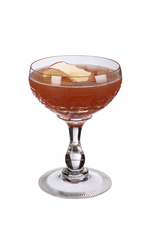 This day in February 1959, is known to fifties addicts as "the day the music died", a day immortalised in Don McLean's American Pie in the early 70s (and covered by Madonna, among others, more recently).

What happened? A plane fell out of the sky, carrying with it rock 'n' roll pioneers Buddy Holly, Ritchie Valens and J.P. Richardson, only a few miles out of the airport. Waylon Jennings, who had jokingly said to Holly, "I hope your ole plane crashes," would be haunted by it for the rest of his life.

One of Buddy Holly's lyrics included the line "That'll be the day that I die", which gives McLean's version its annoyingly catchy chorus. "February makes me shiver" refers to the month in which these guys died. So today we are raising a glass to Buddy, a bespectacled chap who overcame physical disability to become one of the 50s' biggest stars, and McLean, an underrated lyricist, with an American Pie Cocktail.

Today is the anniversary of that submarine crash

In the middle of the night this day in 2009, crew aboard the HMS Vanguard, a British submarine probably armed with nuclear missiles, felt a jolt and heard a loud bang. And, no, that's not a good thing to hear when you're on a submarine, whether or not you're carrying nukes.

It emerged that the Vanguard had hit another nuclear submarine, the French Le Triomphant, somewhere in the Atlantic. And, terrifyingly, the impact had damaged the area where its nuclear missiles are stored. How can this happen? Well, nuclear submarines are designed to be undetectable. Which means that, without switching on active sonar, which would make them detectable, they can't avoid each other.

British nuclear submarines hit something, or run aground, approximately once a year. A cheery thought, we're sure you'll agree. We're lifting our spirits with a Submarine Kiss, a drink created when submarines were new, and nukes unheard of - and it tastes as good as it looks.

... comment(s) for The Day The Music Died