The anniversary of The Scream heist 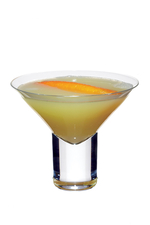 This day in 1994, as the Winter Olympics opened up the road in Lillehammer, curators in Norway's National Gallery in Oslo, arrived at work to find a broken window, a missing artwork, and a postcard reading "Thanks for the poor security".

The most valuable of four versions of The Scream, worth some $70 million and undoubtedly Norway's most famous work of art, was gone. The painting, it was argued, was too famous to sell. And so, when a $1 million ransom demand came through the next month, the gallery refused to pay.

Then, in May, an undercover sting recaptured the painting and, in 1996, four men were convicted of the theft: one of them, Pål Enger, a former professional footballer turned self-proclaimed "gentleman thief", started painting in 2007 while in prison and in March 2011 opened his own art exhibition.

In honour of a heist that makes Ocean's Eleven look rather tame, we're drinking a Cheeky Monkey.

Santiago was founded this day

Spanish Conquistador, Pedro de Valdiva, stood on Huelen Hill (now known as Cerro Santa Lucia) this day in 1541 and conducted a founding ceremony for the city of Santiago, Chile's capital.

The site was chosen for its climate, and lush vegetation, though there were initially quite a few teething problems when the Incas didn't take too kindly to the Spanish invasion. Still, within about 20 years, the settlement was stabilised, and began to be populated pretty damned quickly - nowadays, there are more than five million people living in Santiago!

There's no way that a South American celebration could take place without the presence of pisco, so we're suggesting what is, arguably, Chile's national drink... mix a Pisco Sour tonight, and raise a glass to Santiago - its past, present and future.

... comment(s) for The anniversary of The Scream heist