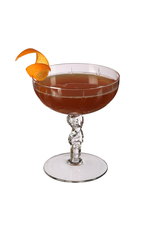 On this night in 1964, history was made. Cassius Clay (The Louisville Lip) took down world heavyweight champion, Sonny Liston (The Big Bear). As Clay realised he'd clinched victory to become the World Heavyweight Boxing Champion, he jumped round the ring, yelling "I'm the greatest!" and "I shook up the world."

The following day, he announced that he was changing his name to Cassius X, but a week later, he decided that he'd change his name instead to Muhammad Ali.

Despite four years out of competition, after he refused to fight in the Vietnam War on the grounds of his religious beliefs, Ali earned his name "The Greatest" - and not only for his boxing achievements, or his world-class trash talking. Ali became a hero of the US civil rights movement, has founded humanitarian awards and, as a deeply religious Muslim whose daughter boxed professionally, has helped perceptions of Islam in his country immensely.

Ali went on to become the first man to win the heavyweight title three times. In 1999, he was crowned "Sportsman of the Century" by Sports Illustrated, and "Sports Personality of the Year" by the BBC.

Although sick with Parkinson's, most likely caused by the repeated blows to the head that are part of life as a boxer, The Greatest battled on until his death on 3rd June 2016, aged 74. And we're toasting him today with a Jack-in-the-Box and also recounting his famous saying "float like a butterfly sting like a bee" with a Fly Like a Butterfly. We might also suggest a Grand Slam or a Thriller From Vanilla

Probably the least famous of The Beatles, George Harrison, AKA "the quiet Beatle", didn't die young enough to be immortalised at the height of his fame, like John, or live long enough to become an elder statesman, like Sir Paul and Sir Ringo.

And, even though he wrote Here Comes The Sun, his talent was rather overshadowed by his peers - among them Eric Clapton, who stole Pattie Boyd from him, a romance that inspired Layla and Wonderful Tonight. (Harrison's own Something is less well remembered.)

No slouch in the consumption department before he turned to gurus, Harrison discreetly epitomised the spirit of the '60s, partying hard with alcohol and a range of substitutes, and was famously attacked by a mentally ill stalker with a knife. Yet it was smoking that killed him, as it usually does, aged 58.

We are toasting George with a Sunshine Cocktail #1, and hoping it brings the sun around.