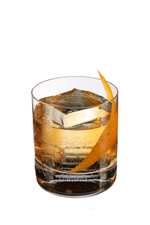 Worldwide, we are using 5 trillion plastic bags every year. That's 160,000 every second and over 700 per year for every single person on the planet. We use plastic bags for an average of just 12 minutes before we dispose of them (with less than 1% being recycled) but it can take up to one thousand years for a plastic bag to break down. Hardest hit has been our marine ecosystems and it's thought that by 2050, the world's oceans could contain more plastic than fish (when measured by waste). These are seriously staggering facts - and hugely sobering.

Plastic bags have, up until fairly recently, been part of our day-to-day lives. Introduced in the mid-1960s by Swedish company Celloplast, the use of plastic bags spread across the globe, spurred on by the aggressive marketing tactics of the plastic companies and the happy endorsement of the supermarkets who welcomed a cheaper alternative to the good old paper bag.

But when sailor and researcher Charles Moore discovered the Great Pacific Garbage Patch (a 1.6 million square kilometre floating mass of ocean litter located between Hawaii and California) in 1997 and then single-use plastic particles were found 35,849 feet below the surface of the ocean in the Mariana Trench in 2019, the devastating impact of plastic on marine life was impossible to ignore any longer.

Now, we are all so much more aware of the long-lasting and harmful effects of single-use plastic and the global initiative that is International Plastic Bag-Free Day reminds us to ditch the urban tumbleweed and switch to more sustainable ways to convey our shop-bought goodies.

So today, join the fight against single-use plastic: reduce, reuse and recycle and drink to a world free of plastic bags with a Fancy Free.

This day, in 1767, 15-year-old Midshipman Robert Pitcairn, on board the British sloop (a small square-rigged sailing warship) HMS Swallow, sighted the islands which were to take his name.

Pitcairn Island went on to achieve notoriety in 1790, when nine mutineers from Captain Bligh's HMS Bounty and their Tahitian companions settled there and set fire to the stolen ship. They'd long since set Captain Bligh and a few loyal men adrift in a seven-meter (23 foot) launch.

About 50 people live on the island, some of whom are thought to be descendants of the original settlers.

Because we wish we could find ourselves washed up on a lovely island, just for a day or two, today we'll be drinking an Islander.