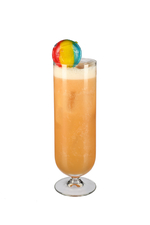 Launched this day in 1948, today is the birthday of the greatest of all great British institutions, the NHS. The National Health Service provides a comprehensive health service funded by taxation, available to all UK residents, regardless of nationality, based on clinical need, not an individual's ability to pay, and free at the point of use.

The NHS was conceived as part of the post WWII rebuilding of the UK, largely shaped by the 1942 report to Parliament on Social Insurance and Allied Services. Better known as the Beveridge Report, this proposed that, in return for a national insurance contribution paid by everyone of working age, benefits would be paid to people unable to work or retired. Its author, William Beveridge, called for a state-backed minimum standard of living "below which no-one should be allowed to fall".

Sadly, not every country has a free-at-the point-of-care health service and that is mainly due to its cost. The organisation's first year 1948 budget was forecast at between £108 million and £134 million in the NHS bills laid before Parliament, but the actual costs transpired to be £373 million – equivalent to some £11 billion in today's money and less than a tenth of £152.9 billion the NHS cost in 2018/19. But you can't put a price on peoples' lives and wellbeing!

By its very nature, the NHS has always been (and arguably always will be) underfunded and is an organisation that relies on the dedication and support of both its direct employees and an army of volunteers – something the wider population have come to appreciate all the more thanks to the devastating effects of the Covid-19 pandemic. So we are toasting the ethos behind the NHS and all those who work to care for the rest of us with a Tootie Fruity Lifesaver, garnished almost in NHS rainbow colours.

Bikini Day commemorates (of course!) the invention of the bikini, which made its debut under its current name courtesy of a vehicle engineer named Louis Réard in 1946 (although it seems at least one other beat him to it).

Réard was responding to a competition to create the world's smallest swimsuit, and the design he created was so daring for the times that he couldn't find a fashion model to wear it. Micheline Bernardini, a nude dancer, eventually did the honours at Paris' Piscine Molitor swimming pool, and the white buttocks exposed by the G-string-backed design would gain her over 50,000 fan letters.

Your goal for today is to get to the closest beach to mark the day with a Bikini Martini, a drink created by Dick Bradsell for an Agent Provocateur swimwear party at the tail-end of last century.