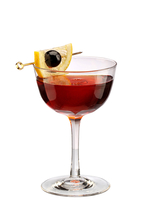 Time to dust off that old Nintendo or Game Boy. It's National Video Game Day. Today we remember all those lost hours playing Pac-Man, running from Dr Robotnik in Sonic, traversing the Mushroom Kingdom in Super Mario and street racing around San Andreas in Grand Theft Auto. And can you even call yourself a gamer if you didn't slot those Tetris blocks into place in your sleep?!

Gaming is a serious business and its popularity has exploded over the last few decades - there are now over 5 million games in existence and a colossal 2.5 billion gamers worldwide. And they're not just reserved for the younger amongst us - the average gamer is said to be 34 years old and 70% of gamers are 18 or over.

Video games have come a long way since Dr. Edward Uhler Condon unveiled what is thought to be the world's first gaming machine at the New York World's Fair in 1940. Then came the old school arcade games, the Atari 2600 and its iconic Donkey Kong and Pac-Man games and then Nintendo, who revived the gaming scene in the early 1980s, giving us the Super Mario and Legend of Zelda franchises before Sega hit the scene not long after.

Now, gaming has stormed our digital platforms and we can play on almost any device, wherever we are in the world and whenever we feel like it. Plus with so much choice, there's something for everyone, young and old.

So today, why not mix yourself a Game Set & Match and join us for one hell of a gaming marathon? Cheers.

The origins of the Wall Street Journal lie in a series of bulletins that were issued throughout the working day and delivered by hand to traders on the New York Stock Exchange by the Dow Jones & Company.

These were then compiled at the end of the day into the Customers' Afternoon Letter and it was this that later became the Wall Street Journal, first published this day in 1889. It has one of the highest newspaper circulations in the United States and has won a Pulitzer Prize 40 times, reason enough we think to toast it with a gin-based cocktail, The Business, to say Happy Birthday to this long-standing publication.

A Night Witch died this day

Ever heard of the Night Witches? They were a division of female combat pilots who fought the Nazis from converted cropdusters during World War II.

All volunteers, some only in their teens, the women would fly eight or more missions a night - in planes so flimsy that a tracer bullet would set them alight. They flew in the dark, without parachutes, guns, radios or radar, without even a screen to stop their faces from freezing in the open cockpits. And, amazingly, many of them survived.

One of the last Night Witches, Nadia Popova, died on this day in 2013, aged 91. We are toasting her and her fellow aviators - many of whom, like the regiment's founder Marina Raskova, did not survive the war - with an Aviation.