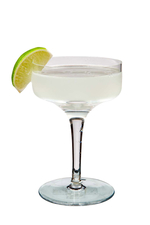 One of Jacqueline Kennedy's first acts as First Lady was to replace the routine of punch before dinner with cocktails – and to install bars in the White House. It might have scandalised society at the time, but, goddammit, we approve.

We're not quite sure how much we approve of her second husband's taste in bars, mind you. The bar on Aristotle Onassis' yacht had stools upholstered in... whale scrotum (it's one of the softest leathers around, apparently).

One of the most famous women in the world during the 1960s, Jacqueline Kennedy was America's answer to Princess Diana - or even more so. Brilliant, educated and beautiful, she could set a fashion trend just by wearing an item - and tragedy made her iconic.

And, although famously discreet, she is rumoured to have dallied with some impressive chaps - from Frank Sinatra to Marlon Brando. Best of all? When she got bored of fame, she retired - and took a proper job, editing books with love and talent.

In Memory of this special lady who died this day in 1994 we're raising a toast with a Jackie O's Rose.

Vietnam's national hero Ho Chi Minh was born on this day in 1890. And, even though his will specifically stated that he did not want the Lenin treatment, his pickled body remains on display in downtown Hanoi to be venerated by the faithful, and his serenely bearded face is displayed on banknotes both sides of the parallel.

Ho Chi Minh began his revolutionary career in the hospitality industry, working as a waiter in a Paris bistro. He would serve years in prison for his political philosophy.

During World War II, he worked closely, if clandestinely, with the USA for Vietnamese independence when Japanese forces collaborating with the Nazis occupied his country.

This strategy worked brilliantly for the USA at the time. Unfortunately, after the war, Uncle Ho continued to fight for Vietnamese independence, especially after his old allies decided the French should have the country back and ended up winning the Vietnam War.

As huge fans of the beautiful country of Vietnam, we are toasting Uncle Ho with a Hoa Sua. This is one of our own creations, for a cooking school in Vietnam.