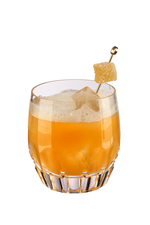 On this day in 1953, Edmund Hillary, a New Zealander, and the Nepalese Sherpa Tenzing Norgay became the first climbers known to have reached the summit of Mount Everest. Some climbers believe that George Mallory and Andrew Irvine may have reached it in 1924, but died on the way down.

The 1953 expedition was Norgay's seventh to Everest - he already shared the record for getting higher on the mountain than ever before - and Hillary's second. Hillary chose Norgay as his climbing partner after he saved his life in a crevasse lower down the mountain. Norgay stated in his narration The Dream Comes True that Hillary had indeed taken the first step on top of Everest, despite Hillary's assertions that they both summited at the same time. They were there for just 15 minutes.

In the years that followed, Hillary founded the Himalayan Trust and spent much time helping the Sherpa people by building schools and hospitals in Nepal.

Sherpas are an ethnic group from the high mountainous region of Nepal and they do the hardest and most dangerous work to help so many up Everest.

Today we'd like to remember and celbrate the achievements of both Edmund Hillary and Tenzing Norgay with a Mountain Man Cocktail, but a Highlander Cocktail, or a Mountain Cocktail, Blue Mountain, Rocky Mountain Rootbeer, or even a Mountain Sipper would be equally apropriate.

Today is the birthday of King Charles II. Not the King Charles who got his head chopped off, but his son, the one who ended up hiding up an oak tree.

For many years after Charles II became king, today was an English public holiday, known as Royal Oak Day or Oak Apple Day - but it has rather fallen from favour. That said, Chelsea Pensioners, the old soldiers who live in London's Chelsea Hospital, will be celebrating Founders' Day. And folk in a handful of villages around England still celebrate Oak Apple Day. The good people of Great Wishford traditionally cutting an oak branch, while others will be collecting "oak apples" from the branches.

And what's an oak apple? Well, it's a mutated leaf, caused by the gall wasp, whose babies inject chemicals into oak leaves to warp them into a nutritious nest for themselves. Isn't Mother Nature wonderful?

We will be marking today with something a bit more appetising than an Oak Apple - a Apple Blossom Cocktail by Trader Vic. A remarkably effective combination of just two ingredients: Calvados (or applejack) and sweet vermouth with dashes of orange bitters.

... comment(s) for Everest was first summitted this day