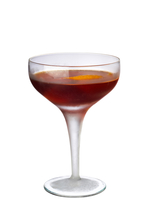 Pedants may call it UTC, but to us the time will always be GMT, or Greenwich Mean Time. And it was on this day in 1884 that GMT, or the time in London's Greenwich observatory, became the benchmark for time around the world, after a lengthy conference convened by the United States.

Why did this matter? Well, with nations writing maps with zero degrees longitude at different points, navigation was a nightmare. Before the conference, different maps placed the dividing line between east and west in Jerusalem, Oslo, Paris, Rome, Pisa, Copenhagen, Philadelphia, Washington, the Canary Islands and more.

Afterwards? Well, it took the French a little time to come round. But noon in Greenwich set the time zones for the rest of the world, and that little line in Greenwich marked the division between east and west. After the sun sets over Greenwich, we'll be raising a glass of a Ragtime to GMT.

The anniversary of Spycatcher's publication

Way, way back in 1988, when the internet was barely a twinkle in Tim Berners-Lee's eye, and the idea that someone could just dump secret government documents online for anyone who wanted to look at on a computer was as unimaginable as watching video on a mobile phone, Mrs Thatcher's government lost a lawsuit.

The challenge? To prevent a book being published in the UK - even though it had already made waves in America and Australia. The book was Spycatcher, the memoirs of a disgruntled ex-MI5 man who had developed an obsessive belief that his former boss was a Soviet double agent (all but diehard conspiracy theorists now consider he was wrong).

And its publication sent a rocket through MI5, turning it from a public schoolboys' club into a more professional and, even, open organisation. We are marking the occasion with a much-maligned classic, the Moscow Mule.

The anniversary of the Andes Plane Disaster

This day in 1972, a plane disappeared over the Chilean Andes - a disaster that would spawn one of the most extraordinary survival stories of the century, several books, a movie and a bunch of TV shows.

Officials searched for the plane for eight days, before abandoning it as hopeless: a decision that the survivors, huddled in the snow at 12,000 feet, actually heard over a transistor radio. By late October, the airline food was exhausted and the starving survivors agreed to cannibalise the bodies of the dead. When an avalanche struck the wreckage and killed nine, they agreed that the three strongest survivors would walk out in search of help.

It was mid-December by the time they found help. And, 72 days after the crash, 16 survivors from the 48 people on the plane, almost half of those who had survived the crash, were rescued. It's a story of extraordinary bravery. And we're commemorating it with a Pisco Sour.