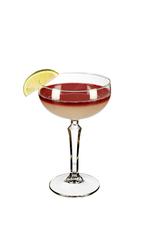 Or, in Detroit, Michigan where it's especially celebrated, for the charming neighbourhood tradition of arson, which began in the aftermath of World War II as kids smearing cars with toilet paper and throwing blazing bags of faeces onto neighbours' doorsteps. Add in a stack of abandoned and derelict houses from the 1970s, and you have arsonist heaven. Thankfully, since the 1990s the city has successfully rebranded tonight as Angel's Night, with volunteers hitting the streets to protect against arson.

We're hoping the Detroit Fire Department have a quiet night and we're taking the opportunity to indulge not in an Angel's Share, but its opposite number the Devil's Share.

The Anniversary Of The Biggest Bomb Ever

This day in 1961, the Soviet Union detonated the world's biggest bomb - a hydrogen bomb with a yield of 50 megatonnes named Tsar Bomba.

How big is that? Well, the explosion produced roughly 1,400 times the explosive force of Hiroshima and Nagasaki combined and was ten times as powerful as all the explosives dropped during the whole of World War II. The bomb was originally designed to be double the size, but, mercifully, Soviet planners decided the fallout, even on a remote archipelago in Siberia, would be too much to bear.

Rather like the fallout, in fact, from our drink of the day, the Atomic Cocktail. Vodka and cognac-based with sherry and champagne. Excess may incur a 50 megatonne headache.

Don't leave it until the last minute, or even too late altogether, but seize the day today, save your relatives the heartache and plan your own funeral now.

Yes, this is a real day on the annual calendar and it was created in 1999 to get people talking about their own funeral. After having what might not be the cheeriest conversation of your life, we suggest you brighten things up with a Gloom Lifter.

... comment(s) for Today is Devil's Night