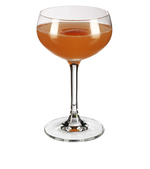 "Of emotions, of love, of breakup, of love and hate and death and dying, mama, apple pie, and the whole thing. It covers a lot of territory, country music does.". The words of the infamous Johnny Cash are particularly pertinent today on International Country Music Day.

Country music, sometimes known as 'Country and Western', is one of the world's most popular music genres. A mixture of ballads and dance tunes played characteristically on the fiddle, banjo, guitar and pedal steel guitar, it has its origins in the rural southern United States and its roots in old-time music and blues, church music and American folk music.

Country music is loved for its heartfelt lyrics but it's not all heartbreak and heartache. Some of the best country songs inject humour into a narrative of everyday life...there are songs about sexy tractors, watermelon crawls, unanswered prayers, boot-scootin' boogies, friends in low places, islands in the stream, and rhinestone cowboys!

Established in the 1950s, International Country Music Day is also the birthday of the 'King of Country Music' Hank Williams, one of the most significant and influential country music artists of the 20th century. Williams, famed for his songs

Today, country music festivals will be held across the globe, with fans paying tribute to some of the world's best country music artists, including Tim McGraw, George Strait, Shania Twain, Garth Brooks, Dolly Parton, Willie Nelson and Tammy Wynette to name a few.

Droves of country music fans, dressed in the requisite jeans, checked shirts and cowboy boots, will no doubt be descending on the country music capital today. But if you can't make it to Nashville, you can still channel some cowboy spirit with a Cowboy Derby, a riff on the classic 1930s Brown Derby.

Ed Sullivan wasn't afraid to showcase young talent on his American TV show, having previously created overnight superstars, including the Beatles and Elvis Presley. Still, he probably regretted doing so on this day in 1967, when he hosted Jim Morrison and The Doors.

During rehearsals the band had been told to change the lyrics of Light My Fire from "Girl, we couldn't get much higher" to "Girl, we couldn't get much better", because it was thought that the original line might be interpreted as referring to drugs. Jim, of course, didn't change the words, and afterwards, the band were told by the show's producers that their six upcoming appearances were cancelled and they were banned from the show for good. Damn it, Jimmy, how could you? And that's why today we're drinking a Damn It Jimmy cocktail!