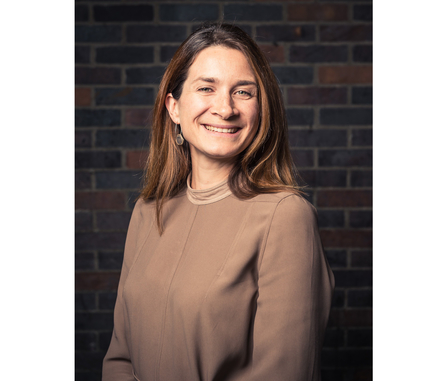 Rosie Stimpson is the co-founder of London’s Nightjar, Oriole and Swift, all of which have featured on the coveted World’s 50 Best Bars list. She had never run a bar in her life when she took the leap into ownership. Her sole industry experience was a stint at Carluccio’s.

“I knew nothing about owning and operating bars,” Stimpson says. “I had to learn everything there was to learn about running a business and managing people.”

Dreaming up a bar

Stimpson first envisaged owning a bar while at a jazz concert with her husband Edmund Weil many moons ago. “I remember saying to Edmund that it would be great to have a bar which was the perfect setting for this sort of music,” she recalls. “He agreed with me and then I thought it must be a good idea as we rarely agree on things.”

The pair set aside the dream when other careers came calling. “We basically parked it because we thought we had to get jobs after university,” Stimpson says.

It wasn’t long before her entrepreneurial instinct began to itch. “After about three years of me working at Christie’s auction house and Edmund teaching, we decided to give our bar idea a go ,” Stimpson says.

In 2010, Stimpson and Weil opened Nightjar in Shoreditch, bringing a mix of old-world charm and vintage cocktails to London’s bar scene. “I thought that if it went wrong we would still be young enough to get real jobs again,” she explains. “We haven’t looked back since Nightjar.”

Stimpson considers Nightjar’s greatest innovation the combination of cocktails and live jazz. “It appeals to cocktail aficionados and jazz heads and between them, we’ve encouraged a new type of discerning guest who enjoys both in equal measure,” she says. “I thought it would be interesting to have a place to put that on.”

Nightjar placed 18th in the World’s 50 Best Bars list in 2011, third in 2012 and second in 2013. From one success to another, the pair opened their second venue, Oriole, in 2015. Hidden away beneath London’s Smithfield meat market, the bar followed a different concept. “It was the idea of a 1940s club - an evolution from the Prohibition bar," Stimpson says.

Following a trip to Barcelona, Stimpson found inspiration in vintage cocktail bar Boadas, first established in 1933. “I loved the idea that good cocktails would be so freely available in a glamorous setting,” she says. Stimpson and Weil partnered with bartending duo Bobby Hiddleston and Mia Johansson on Swift which opened in 2016. The Soho cocktail bar spans two floors: a sleek bright space upstairs and a late-night speakeasy downstairs.

Investing in a dream

Most would think building a successful business requires an abundance of industry experience. Stimpson’s passion and creative vision more than compensated for the lack of it. “I simply loved the glamour of cocktail bars and their history and had the feeling the sort of bar I’d like to drink in was missing,” she says.

Stimpson believes Nightjar's timely entrance to the London bar scene tied into its success. “I thought we’d simply hit upon the zeitgeist,” she says. “Oriole was a surprising success for the ‘difficult second album’. With Swift, I started to believe I might have a talent for dreaming up new bars.”

Despite responsibilities, Stimpson considers owning a bar immensely rewarding. “Never could I have imagined my new career path would be so fulfilling, varied, engaging, creative and fun,” she says. “I’d worked in the arts prior to owning Nightjar, but the arts had nothing on teamwork, camaraderie and moment-to-moment guest satisfaction.”

Yet, their lifestyle grew even more difficult as the pair balanced their relationship and family life with the bars. “I brought up two baby boys while also launching and managing three top class bars, including drop-offs and pick-ups and nights of no sleep,” she adds.

Determined entrepreneurs, Stimpson and Weil funded their ventures using savings alone. “It was good timing as it was the economic downturn so there were lots of opportunity for new businesses,” she says. “The landlords couldn't wait to give the site for Nightjar away. My only regret was not putting in an offer for the freehold as we might have got it. But we weren’t that confident then.”

Teamwork at the heart

“Being a bar entrepreneur to me means creating new social spaces that generations of customers will want to come to,” Stimpson says. “This feeling is delivered at every point: from design to menus to product and, most importantly, to service. Everything should delight.”

Stimpson’s contemporary ideas extend beyond innovative concepts to her management practices. “We're trying to counteract that antiquated idea of a grand hierarchy,” she explains. “People are kind of bullied until they've proven that they can cut it. Which doesn't seem to work in our age and it's not really something that we would ever buy into.”

A highlight of the bar business for Stimpson is the chance to help others, not only through training but through building a supportive and creative culture. “Creating opportunities for other people is very empowering, from staff to suppliers to musicians. I’m truly proud of that and I guard that part of the business closely,” she says.

“You've got to really invest in people and spend lots of time doing it,” Stimpson says. “It's better for them and you create a much better business. That means you can do more because you've got a very loyal workforce that stays with you for a long time but then is imbued with your culture and can pass it on.”

With more change to come in the bar industry, Stimpson intends to lead by example. “I'm very keen to advocate on behalf of good management of people and setting high standards in the bar industry,” she says. “It's an incredible industry for people from all walks of life … I just think it's wonderful and not many people understand that in Britain.”

Stimpson compares the teamwork in a bar to the intensity of a theatrical performance, and describes it as a “great training ground for life”. And it’s with that focus on performance she heads to the grand finale of the Havana Club Entrepreneur of the Year Awards next month. We wish her the best of luck!