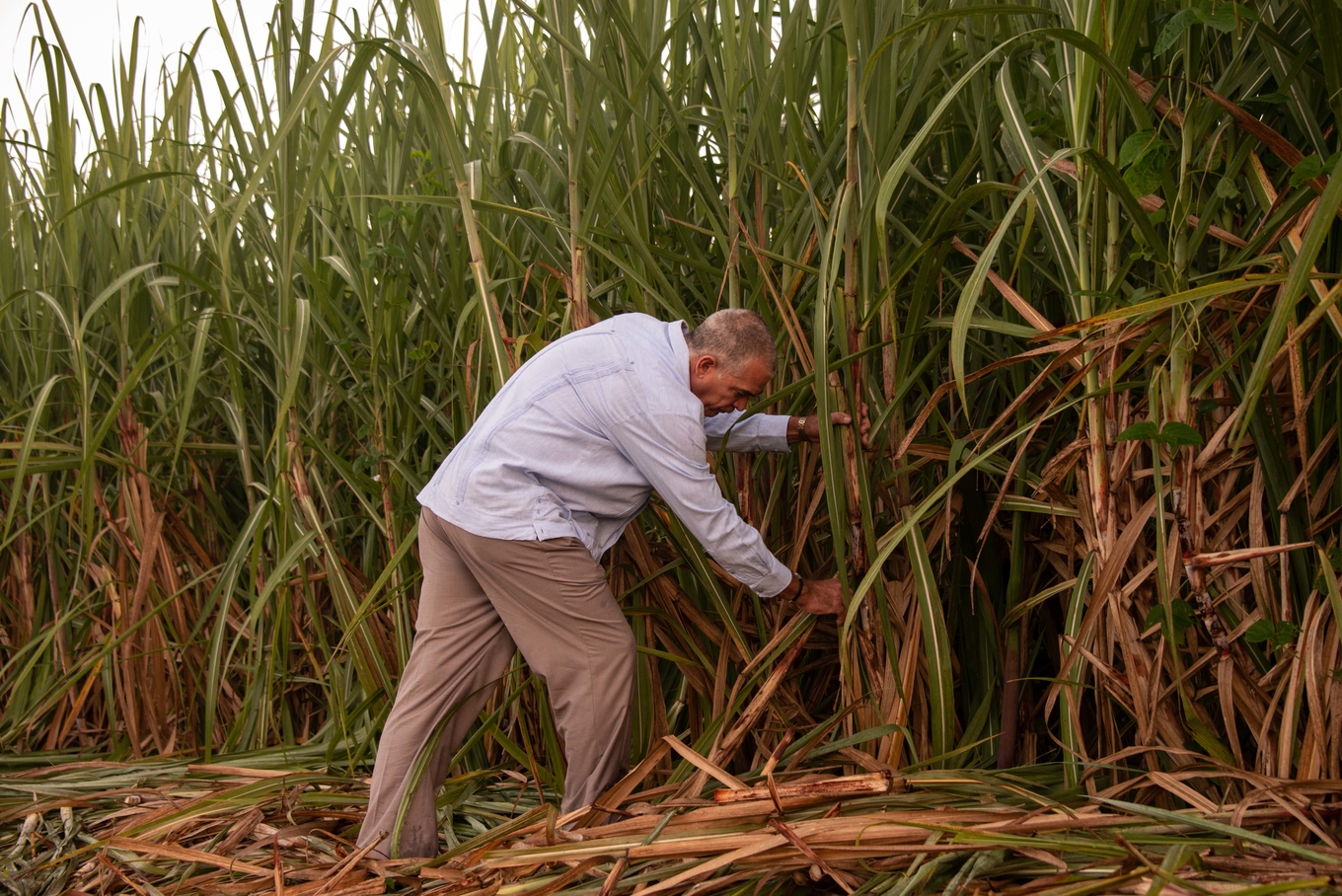 The whole rum-making process, from the fermentation of molasses to distillation and ageing is overseen by The Maestros del Ron Cubano (Masters of Cuban Rum). Most noted for their blending skills, they use a combination of knowledge accumulated over generations, experience, and their developed palates to select barrels of various ages, from different locations in the warehouse to blend each rum.

There are two main maestros responsible for Ron Santiago de Cuba, Tranquilino Palencia Estruch and Julio Enrique Ayan Rial. They are members of the 8th generation of Rum Masters of the City of Santiago de Cuba. 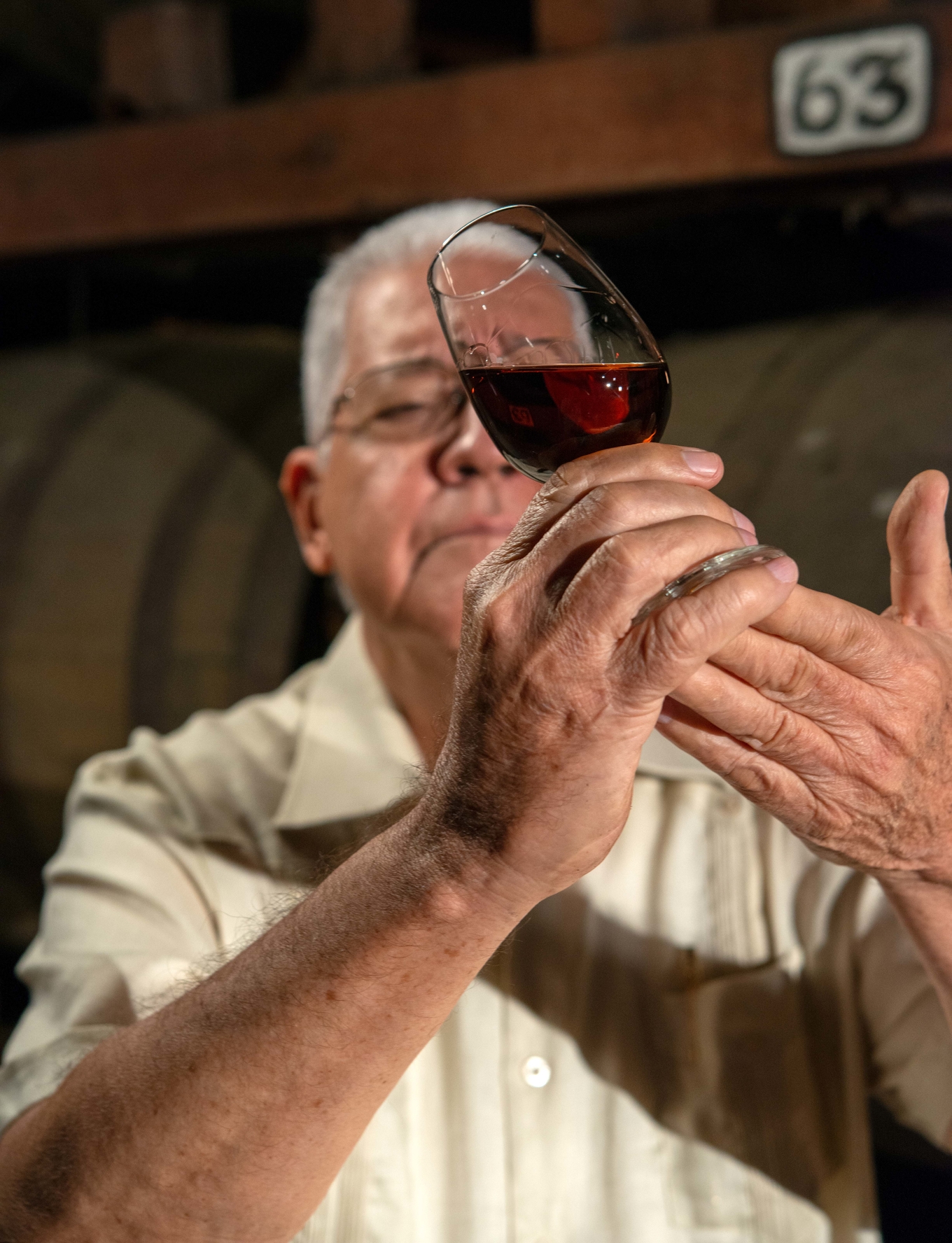 Better known as "Tano", he was born in 1947 to a typical family in the city of Santiago de Cuba and as is typical, was brought up with a strong sense of Cuban patriotism and cultural sense. He studied at the College "De La Salle" and graduated in Chemical Engineering at the University of Oriente in 1972. Working in Nickel, in the city of Moa, he applied the knowledge acquired at university while occupying different technical positions in the company.

In 1983, he returned to the city of Santiago de Cuba and began working in the Beverage and Liqueurs company, as head of the Department of Standards, Metrology and Quality Control. Here he discovered his love of rum and started his 28-year quest to understand the secrets to making great rums.

A keen studier of the history of the city of Santiago de Cuba, the centre of Cuban rum production since 1862 and a fundamental part of the local culture, he has dedicated himself to learning more about the cultural and technical richness of the "Don Pancho" warehouse and has played a key role in the development of the city's Rum Museum. Tano links with all rum-making processes from sugarcane to the study of molasses, through fermentation and distillation to ageing.

The Corporación Cuba Ron made Tano a Master of Cuban Rum in 2003. 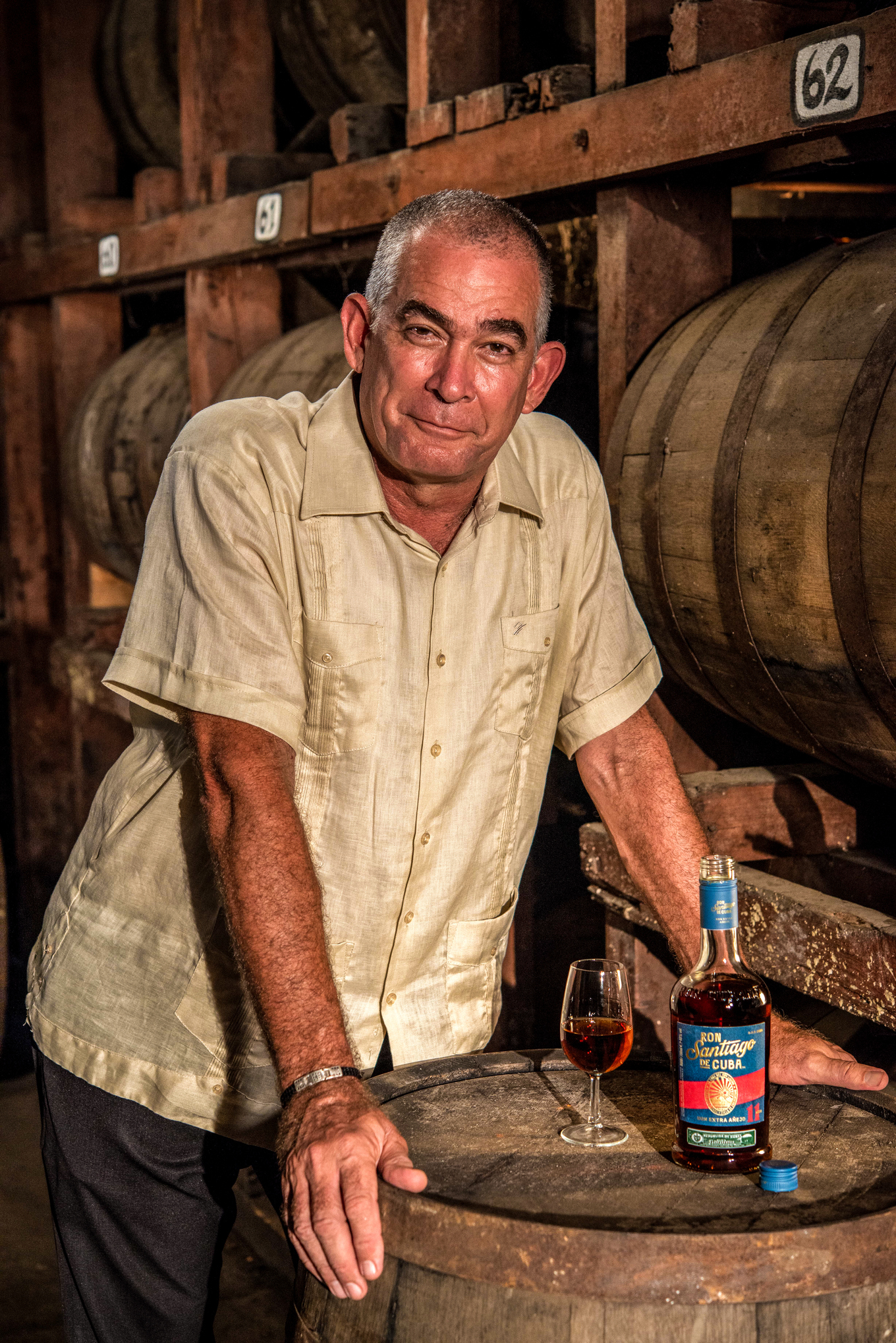 Julio was born in Havana on 7th April 1970, but he spent his childhood and youth in the city of Santiago de Cuba, where he still lives.

In 1993, he graduated as an agronomist and began his working life in the Provincial Research Station of Sugarcane in Granma, where he worked until February 2003. During this time he graduated as Master of Science in Plant Production in 2000, he attended postgraduate courses, conducted advisory work for diploma papers to 4th and 5th-year agronomy students, gave lectures and courses, participated in national and international events, and conducted research.

The Corporación Cuba Ron made Julio a Master of Cuban Rum in 2011.

[Above from copy supplied by the brand. Please do not share this content to anyone below the legal drinking age. Drink responsibly.] 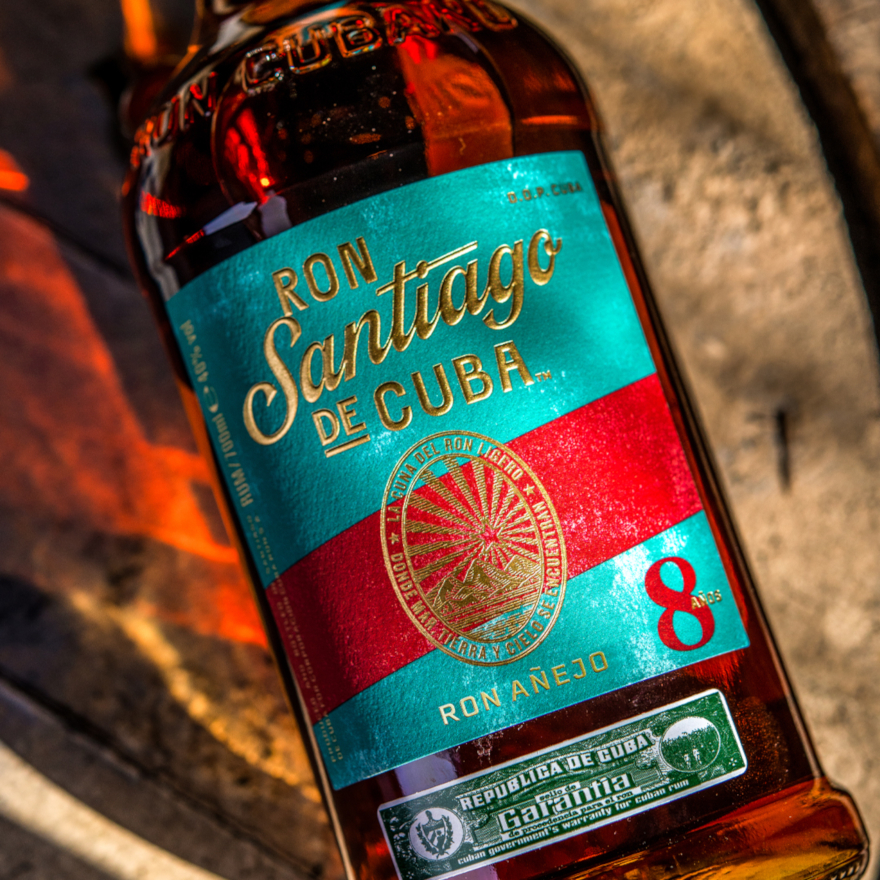 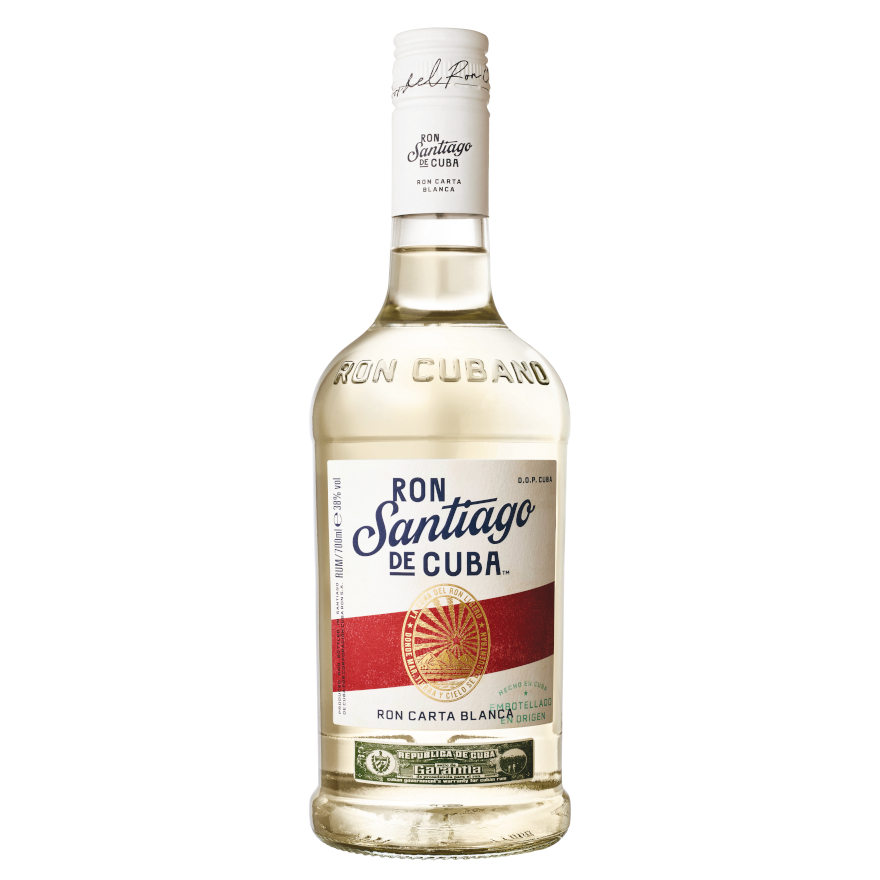 Santiago de Cuba Carta Blanca is aged in white oak barrels, blended and then returned to cask for a final resting period. 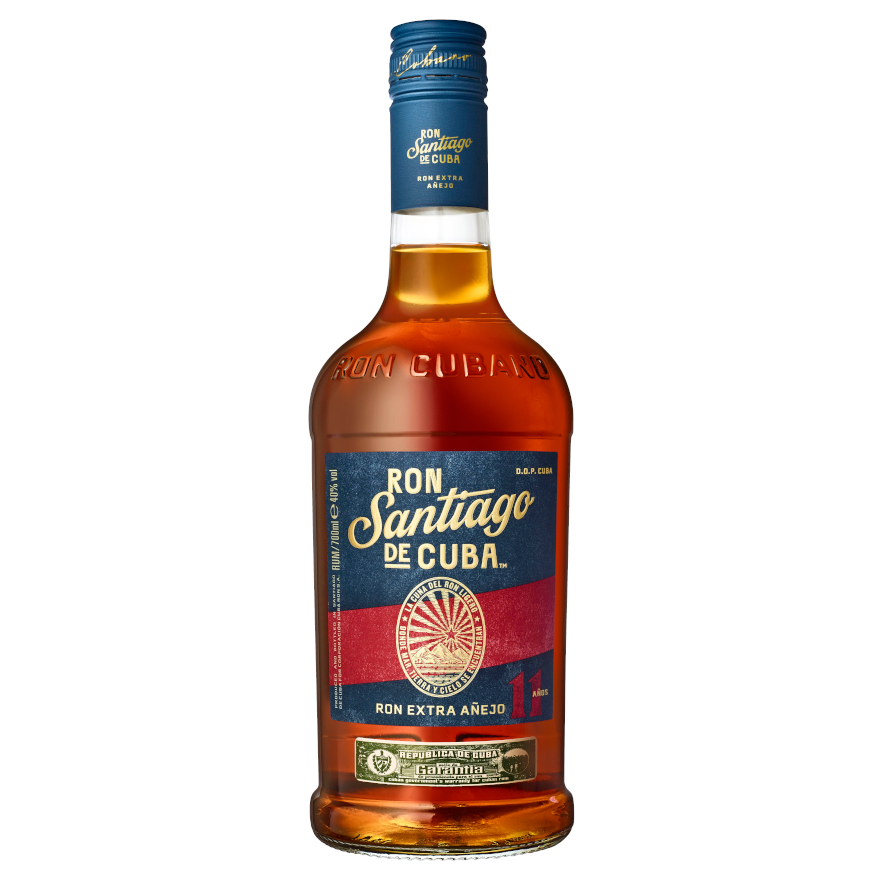 A blend of rums aged a minimum of 11 years in a combination of different types of reused white oak casks. 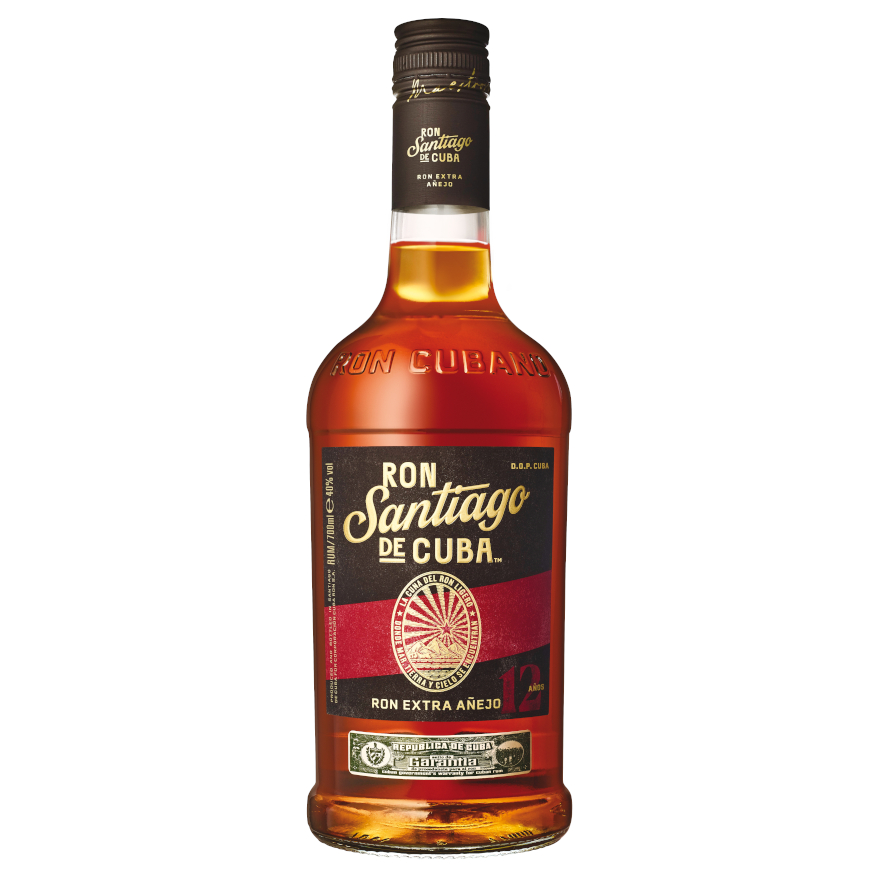 A blend of rums aged a minimum of 12 years in a combination of different types of reused white oak casks.