Status Operational
Established: 1870
Owner: Brown-Forman Corporation
Capacity: Not supplied
Visitor Policy: Visitors welcome throughout the year
Tel: Not supplied
Website: http://www.herradura.com
The small town of Amatitán, lying in the valley below the long-extinct volcanic Tequila Mountain, is considered by many to be the birthplace of tequila, based on an archaeological discovery in 2008 on El Caballito Cerrero ranch. This revealed an open-air tequila ‘factory’ with ovens and the oldest known tahona (millstone) dating back to the first third of the 16th century. Amatitán is also the home of Casa Herradura, the origins of which date back to 1800, when José Feliciano de la Trinidad Romo Escobedo purchased La Concordia ranch in Amatitán after being ordained as the local Roman Catholic Priest. The ranch included the mescal factory, which he kept in production – no doubt for ‘spiritual’ reasons.

Herradura always have at least 25 million agave plants under cultivation to ensure an adequate supply of plants that have reached the seven years maturity required for production. Every one of these originates from the original plants grown by Félix López back in the 1870s, as ever since new plants have been grown from offshoots transplanted from two-year-old agaves grown on the estate.

The company’s main agave supply is from Nayarit and Amatitán in the central region, but Herradura also have plantations in the highlands. Those grown in Nayarit and Amatitán have a more herbaceous and spicy aroma, while the highland agaves are more floral and sweet. Herradura is marketed as being “estate grown”, but only 80% of the agave required comes from the company’s own plantations. Herradura’s “estate grown” statement is justified by the 20% shortfall sourced from third party growers exclusively used to make ‘El Jimador Mew Mix’, a range of tequila-based pre-mixed cocktails which are extremely popular in the Mexican market. All Herradura tequilas, and indeed all the other brands of tequila produced at Casa Herradura, are 100% agave.

Herradura shun modern stainless steel autoclaves, which they say act like giant pressure cookers to reduce the time needed to cook the agave. Instead, Herradura slow roast in 15 traditional brick ovens that stand in a long row, grouped into three banks of five ovens. Each oven is some 15 feet deep, with a capacity of 45 tonnes of agave. These are loaded by hand with workers inside the ovens stacking the piñas, which, incidentally, Herradura cut in half prior to loading. Once filled, the steel doors are closed and the piña are cooked with 90°C steam for 26 hours, followed by a 24 hour cooling period, during which time the front and back doors are opened and powerful extractor fans on the top of each oven are run. Once cooled, the now orange-brown coloured cooked piña are removed from the oven by hand.

During the cooking process, channels in the oven floors allow honey-like juices given off by the piña during cooking to run away. Unlike other distillers, which use all or a portion of this, Herradura discard the run-off as they believe it detrimentally affects the flavour of the finished tequila.

The cooked agave are crushed in a huge mill to extract the fermentable sugars from the plant’s fibres. Casa Herradura is an industry leader in effluent processing and water treatment, with waste agave fibres used to improve the soil in which the agave are grown. Biogas is also produced and used to supplement the oil powered boilers.

Herradura famously do not inoculate or use commercial yeasts, instead relying totally on natural fermentation by air-borne wild yeast. Herradura claim to have the only tequila made using wild yeast, the presence of which is encouraged by the growing of citrus trees around the distillery. The use of wild yeast means Herradura has unusually long fermentation periods of around 72 hours in the summer, and up to 7-8 days in winter months. Consequently, a large number of fermenters are needed, and the main fermentation building holds 59 two-storey, open-topped stainless steel tanks of 64,000 litres (16,640 gallons). A further three gigantic tanks each have a capacity of 200,00o (52,834 gallons).

The fermented juice (Mosto Muerto), which is around 5% alcohol by volume, is pumped to the distillery building in overhead pipes. Stainless steel stills replaced the old copper ones when the new distillery was built in 1962, and today Casa Herradura boasts 47 stainless steel pot stills with those used for first distillation. Each has a capacity of 3,000 litres and ten smaller stills with a capacity of 2,500, used exclusively for second distillation.

All Herradura branded tequilas undergo an ageing process (even blanco) and Herradura is thought to have the largest stocks of casks in Mexico. The casks that are used mainly come from the Brown-Forman Cooperage, the same cooperage that makes Jack Daniel’s casks but to different toasting/charring specifications, specific to the tequila they are to be filled with. Once filled with tequila, these are stored lying on their sides in modern, racked warehouses. Herradura is truly an estate produced tequila with bottling, the last stage in the production process also carried out on site.

This 100% agave blanco tequila is unaged and is the original Herradura expression.

Casa Herradura launched this reposado in 1974 and is considered by many to be the first commercial reposado tequila....

This 100% agave blanco tequila is aged for 45 days in refill American whiskey casks.

Many credit Herradura for kick starting the 'añejo' category when this product was launched in 1962. This 100% agave...

100% agave blanco tequila bottled straight after distillation without any period of cask ageing. Named after the term...

Named after the term for the skilled men who harvest agave, El Jimador was introduced as a sister brand to Herradura in...

Named after the term for the skilled men who select and harvest blue agave, El Jimador was introduced as a sister brand... 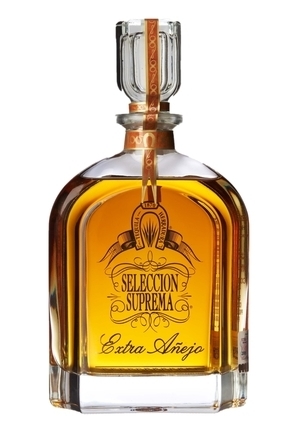 Presented in a boxed decanter and launched in 1995, this product is credited as launching the extra-añejo category....

‘Antiguo’, literally ‘antique’ in Spanish is a 100% agave reposado tequila. Developed in 1924, it was originally...

A 100% agave reposado tequila aged in refill American whiskey casks for 11 months and only recently available outside of...