Status Operational
Established: 1845
Owner: Branca International S.p.A.
Capacity: Not supplied
Visitor Policy: Not generally accessible
Tel: Not supplied
Website: http://www.branca.it
The 'Branca' name alone is enough to raise the spirits of bartenders in San Francisco, a place where Fernet-Branca is consumed with the same reverence as holy water. This complex product remains family owned and is now part of a range of products venerated by bartenders the world over.

Fernet's history fits the elusive nature of the unique bitter: it was created by a Milanese 'self-taught apothecary'. It has alleged medicinal properties, contains dozens of different roots and herbs, including camomile, saffron and rhubarb, and has a history of Prohibition-dodging.

According to early advertisements, the bitter was invented by Dr Fernet Svedese - a Swedish medic whose "longevity and that of his family testifies to the utility of the liqueur". The doctor apparently lived to the ripe age of 104-years-old, which was a short innings in comparison to his mother who supposedly lived to 112, and his father who made it to 130 thanks to the magical aperitif.

Sadly, this long-living Swedish family was fictitious, dreamed up for marketing purposes. The liqueur was, in fact, created by Bernardino Branca, a man from Pallanza, a village on Lake Maggiore. Bernardino lived in Milan and had been experimenting in his home laboratory when he came up with the 'magical' elixir.

The first Fernet production shop opened in Milan in 1845, where the bitter was initially sold to people within high society who enjoyed sipping a glass. Not satisfied with a few members of the upper classes having the odd tipple though, Branca launched a campaign to promote its medicinal qualities, which catapulted the bitter to cult status.

During an epidemic of 'Asiatic cholera,' Branca suggested to Father Nappi, from the local Fatebenefratelli Hospital, that the bitter should be tested on the hospital's patients. It was prescribed, and the results were so positive that Nappi personally sent Branca a letter of thanks, and the product was recommended to hospitals nationwide.

To begin with, Fernet-Branca's medicinal properties were played up. It was marketed as a 'renown liqueur' that was 'febrifuge, vermifuge, tonic, invigorating, warming and anti-choleric.' Allegedly, it also had the 'surprising' property of curing in a few hours the malaise induced by splean (spleen)...and anxiety'. At the start of Fernet's life, it seemed like there was little that the herby bitter could not cure.

Throughout its 165-year existence, Fernet's marketing campaign has developed in complexity though, and the bitter has become known for so much more than just its medicinal properties. In 1886, Branca launched a series of calendars where the artwork was commissioned to famous artists of the day - a very radical campaign, which produced some stunning art as well as a lot of hype about the product.

At the turn of the century, Branca expanded his marketing strategy into a photography campaign which showcased stores displaying the original Fernet-Branca posters. Because photography was still so rare at the time, it was said that the shoots could mobilise an entire village, or even the centre of a sophisticated city like Bologna "for they were not an everyday occurrence and were welcomed with good natured and high spirited curiosity".

The very concept of advertising and marketing was exploding in the late 1800s and early 1900s. As a cutting-edge company, it was clear that Fernet-Branca was not going to be left behind. In 1893, the bitter's famous eagle logo made its first appearance. The emblem is a picture of an eagle with a bottle of Fernet-Branca in its talons, soaring above a globe. Although the exact reasoning behind the logo was never recorded, it is thought to have represented the explosion of the company onto the world stage.

It was as early as 1876 that Fernet-Branca made its first expedition across the Atlantic to Philidelphia, and by the 1920s the bitter was a regular on the stock list of bars round America.

By the time Prohibition hit, Dino Branca had taken over the family company from his mother, Maria Scala, who had run the company after the death of her husband Stefano Branca in 1891. It's clear that Dino had inherited Branca's entrepreneurial spirit though: rather than resigning himself to losses during the Prohibition years, Dino Branca did some lateral thinking, and returned to the old-school branding of Fernet-Branca as a medicinal beverage.

Fernet-Branca continued to go from strength to strength until the period after World War II where, like many products, it suffered a string of setbacks. The offices in Via Broletto and the factory in Via Resegone were both destroyed during the bombing of Milan in August 1943. Reconstruction began straight away, but there was a marked decline in sales well into the 1950s. It was feared that public taste had changed irreversibly, and Fernet was no longer an à la mode flavour.

Dino Branca died in 1957 and Pierluigi Branca became President. Pierlugi decided that a fresh strategy was needed to introduce a new generation to the bitter, so he changed the marketing approach, and diversified into television. The Branca advertisements featured characters made out of plastercine, moving to music - pretty groundbreaking stuff at the time. The adverts were widely acclaimed by the Italian public and critics, and they won awards both in Italy and abroad.

As advertising has developed, Fernet-Branca have always moved with the times, managing to entice generation after generation of new drinkers. In 1967, it was marketed as 'The Pure Strong Taste that Pleases after a Meal'. In 1975, it was catchily advertised as 'Not Pride but Merit and Privilege', and more recently, the mint version of Fernet-Branca was simply marketed as 'Brrr, Brancamenta'.

Niccolò Branca, son of Pierluigi, became Chairman and Managing Director in 1998. Taking over such a family dynasty is a huge responsibility, but the strategic and operational decisions he has taken since have led to the development of new markets and ensured continued growth in strategic markets like Argentina, European Nordic countries and the USA. The family-owned House of Branca now competes with the most important of
multinational drink corporations.

The quality of Fernet-Branca, combined with a century-and-a-half of canny marketing, means that the bitter itself has led a healthy life, and has an exceedingly healthy future ahead of it. The Branca di Romanico family have been shrewd businessmen as well as good marketeers. They continue to re-invest in their company, expanding their portfolio by creating and buying outstanding Italian products. We recently travelled to Milan to meet the company's Chairman, Count Niccolò Branca, who introduced us to his growing family which includes Punt E Mes, Antica Formula, vermouth Carpano, Borghetti Caffé Espresso liqueur, Borghetti Sambuca Oro, and Stravecchio Branca brandy. 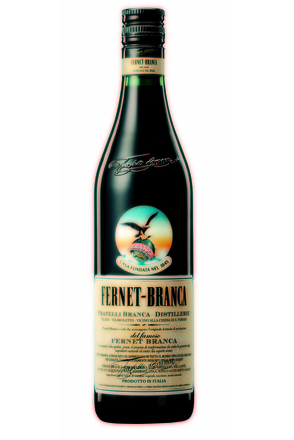 A famous Italian bitters founded in Milan by the noble Branca di Romanico family in 1845. Fernet Branca is made from 30... 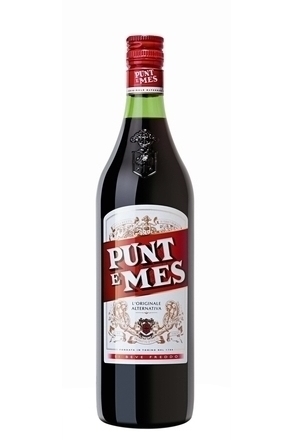 A vermouth created in 1870 and named after a Milanese stock broking term, it is made by adding over forty herbs and... 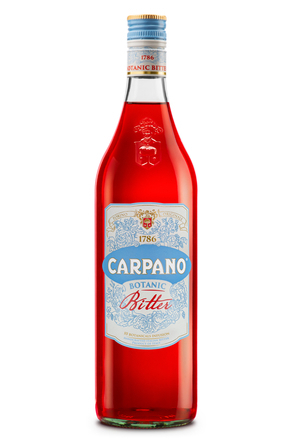 Described "as a contemporary take on the Italian bitters tradition", Carpano Botanic Bitter is flavoured with ten... 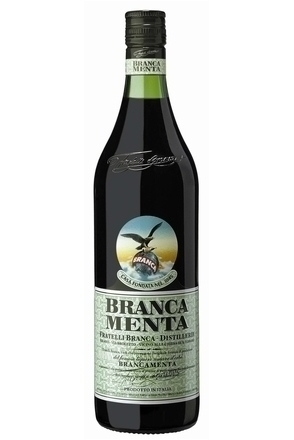 The origins of this appropriately named mintier ‘summertime version’ of Fernet Branca lie not with a canny... 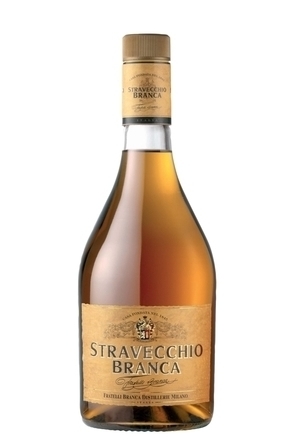 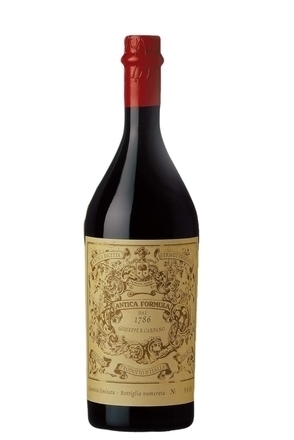 A reproduction of a vermouth recipe from Benedetto Carpano dating from the late 1780s. Presented in a hand-blown... 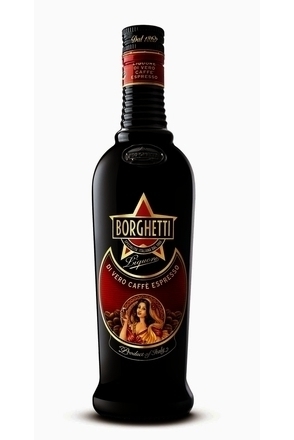 Based on a 150-year-old recipe, Borghetti coffee liqueur was created to mark the inauguration of a railway line between... 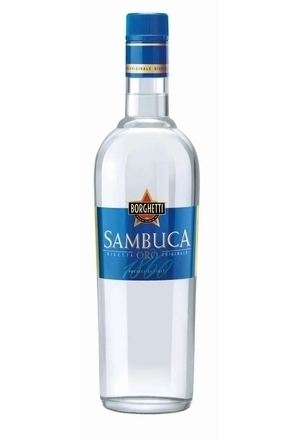 Sambuca Oro Borghetti derives its aroma and flavour from the fruits of Illicum Verum Hook, or star anise, which has... 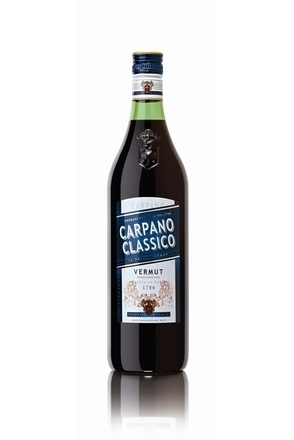 In the late 18th century, Antonio Benedetto Carpano set up his wine bar in the Piazza Castello, in the centre of Turin,... 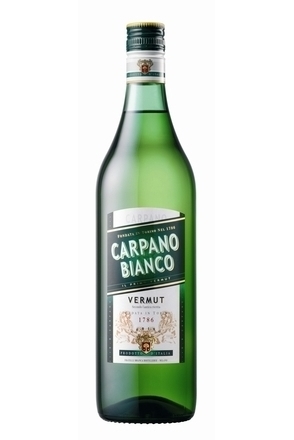 Carpano Bianco is a medium-sweet style of vermouth which was launched in the 1950s and grew to be very popular during...