Status Operational
Established: 1797
Visitor Policy: Visitors welcome throughout the year
Tel: Not supplied
Website: http://www.glengarioch.com
Glen Garioch was founded in 1797 by John Manson, making it one of the oldest operating distilleries in Scotland. During the 1800s it was a powerhouse of a distillery, producing a malt of great renown. Many are now predicting something of a rennaisance for this often-overlooked distillery, which recently launched a new 12-year-old single malt.

Production of Glen Garioch starts with unpeated malt ground in a Porteus grain mill producing a grist with 10 per cent flour, 70 per cent heart and 20 per cent husk. The process water is drawn from Coutens’ Silent Spring, famously discovered in 1972 by Alec ‘Digger’ Grant on a neighbouring farm.

Glen Garioch mashes four tonnes of malt twice a day in a full-Lauter stainless steel mashtun. The first water goes in at 63.5°C and is left for 45-50 minutes, before being pumped to one of washbacks via the Parflow heat exchanger which cools to mash to 36°C. The second water is sprayed onto the grist at 90°C and is left for 15-20 minutes. The third wash goes into the mashtun at 96°C and is used as sparge water for the first wash of the next mash. The draft (spent grain) is fed to the cows on local farms.
One of the eight stainless steel washbacks is set aside for use as a recycling vessel. The others are charged with 22,500 litres of wort from the first and second mash waters, with yeast added with the second water. The fermentation produces a wash of 8% alcohol by volume.

The solitary wash still at Glen Garioch has a 25,000 litre capacity and is charged with 21,500 litres of wash. The low wines start coming off at around 46% abv and the still is run for between five and six hours down to 1% abv.

All three stills (one mash and two spirit) at Glen Garioch are indirect steam-heated and standard onion shaped – but have unusually long lyne arms so considerably increasing the vapour’s contact with the copper. In particular, due to the layout of the stills and the condensers in the cramped still hall, the lyne arm on the wash still is particularly long.

Of the two spirit stills, No.1 has a capacity of 11,000 litres and No.2, 12,000 litres. Due to there being just one wash still, only the larger No.2 spirit still is used. This also has a slightly fatter neck so to encourage slightly more reflux. This is charged with 9,500 litres. Foreshots start to flow after one hour, at which time the gas is turned down, and the still is run for another ten minutes before testing. The stillman is looking for an alcoholic strength of 75% abv to start the cut, which he will run for between two-and-a-half to three hours, before switching to feints at 69% abv.

Cooling water is drawn from the Meldrum Burn and due to a lack of space, Glen Garioch use ‘shell and tubes’ condensers rather than worm tubs, so producing a relatively light spirit. The ‘pot ale’ (1% abv left in still) is spread on local fields.

Glen Garioch’s new-make spirit, which incidentally has a slightly sweet, cereal-like flavour, has an average strength of 72.6% abv and is stored in an ‘intermediate spirit receiver’ (ISR) before going to the main holding tank for collection by tanker. Present production is around 16,600 litres per week.

Glen Garioch is aged in standard American whiskey casks with some sherry oak. Casks are filled at the industry standard 65.5% abv off site, but filled casks are bought back to Glen Garioch where they are matured in one of four traditional dunnage warehouses, jointly with a capacity for some 11,000 casks but presently holding around 8,000. Unusually warehouse No.3 has a basement storage area. 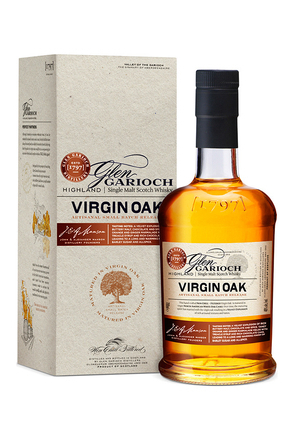 As the name suggests this July 2013 release from Glen Garioch was aged in heavily charred virgin American oak barrels.

Distilled in 1997 and released in July 2014 as the first in a four-part story charting the journey of the malt’s... 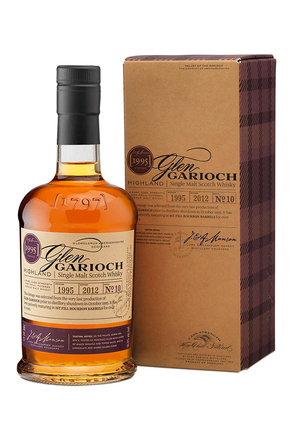 This 1995 vintage is one of the last to be distilled at Glen Garioch before the distillery was mothballed. When it...

This limited edition malt, this was put into cask just before the distillery was mothballed for two years in 1995....

Distilled in 1990, stocks of this cask strength, non chill-filtered, bottling are limited.

Distilled in 1990, stocks of this cask strength, non chill-filtered, bottling are limited.

Released in October 2011, this is the 5th special limited addition to be launched as part of the Glen Garioch range and...

Distilled in 1978 and bottled without chill-filtration and at cask strength. Unusually for a 30-year-old whisky, the... 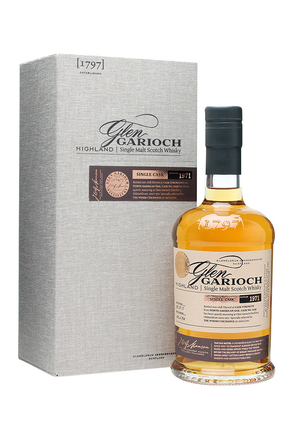 Released October 2011 for The Whisky Exchange, this 1971 Glen Garioch was distilled in 1971, when the distillery still...