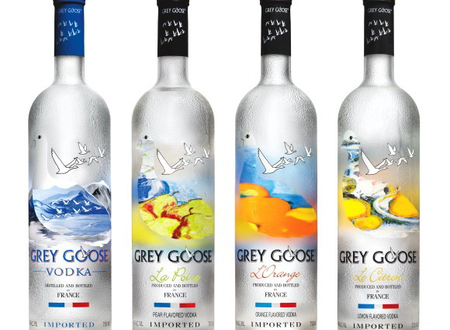 Status Operational
Established: 2001
Owner: Bacardi Limited
Capacity: Not supplied
Visitor Policy: Not generally accessible
Tel: +33 5 4580 0410
Website: http://www.greygoose.com
One of the original luxury vodka brands, Grey Goose is made from the same soft winter wheat used to make the best French bread. Its production starts in the wheat fields of northern France and ends in the Grande Champagne region of Cognac with local spring water. It’s a production process that stands up to scrutiny and its creation is testament to the craft of one man and the vision of another.

To properly understand how the Grey Goose brand came about, it’s important to go right back to the beginning - to Sidney Frank himself.

Frank was an entrepreneur from a young age. While some kids might have brought home a bit of pocket money from paper rounds or mowing lawns, Frank had bigger ideas. Aged 12-years-old, he built a very long ladder, and charged tourists 10 cents each to climb to the top of a large rock near his house.

Thanks to various other imaginative schemes, Frank raised enough money to go to Brown University, although his funds ran dry after a year (he would later donate $100m to Brown to set up a scholarship scheme to help other students who couldn’t afford the fees).

In a Daily Mail interview, Frank announced that the easiest way to make a million dollars is to “marry it rather than earn it”. Although this might seem quite cynical coming from a man who was actually rather good at earning millions all by himself, Frank was, in fact, speaking from experience.

While he was at Brown, he proposed to Louise Rosenstiel six times, and eventually persuaded her to marry him. Conveniently, Rosentiel’s father happened to be the founder of Schenley Distillers, America’s largest distillery at the time. Frank was no longer a farm boy, his marriage propelled him to the highest echelons of American society.

After a successful spell in his father-in-law’s company, Frank was forced out in 1970, leading him to launch his own company two years later, called ‘Sidney Frank Importing’. Frank’s first triumph was with Jägermeister, where he employed the fool proof marketing campaign of promoting liquor with scantily clad women, “Jägerettes”. He toured America, using his Jägerettes to persuade college boys to switch their shot of choice to Jägermeister. Sales went through the roof.

Frank’s next venture was into high-end vodka. Absolut was a pop-culture sensation but selling for a mere $15 per bottle. Frank decided he was going to make the “world’s best tasting vodka”, and was convinced that people would spend $30 to drink a superior tasting spirit made from the best possible ingredients.

At the time, premium vodka was a ground-breaking concept, but Frank had a gut instinct for what would sell. If that wasn’t enough, he decided to shock people even more by producing his vodka in France, despite Poland, Russia or even Scandinavia being traditionally identified with vodka production.

There was logic to Frank’s reasoning - France has centuries of spirit making expertise, as well as some of the finest wheat and water in the world. Additionally, Frank clearly understood that you’re only as good as the people you hire, and Frank had some good people lined up in France. In particular François Thibault. 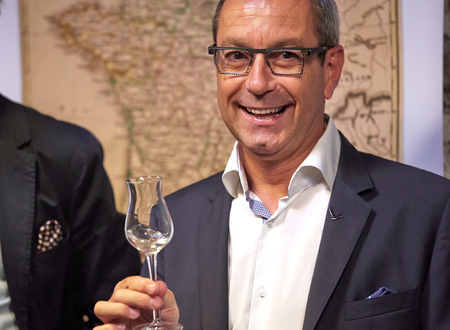 Thibault had already produced a range of Cognacs for Frank’s importing company, and had been head of the team responsible for creating Jacques Cardin. As Maître de Chai, Thibault was fascinated with innovation and experimentation in the world of spirits, and his willingness to push boundaries inspired Frank to approach him to ask if he could apply his spirit-making expertise to the creation of a super-premium vodka. Thibault agreed, and assumed responsibility for every element in the creation of Grey Goose, from the selection of the highest quality ingredients, the distillation process and the blending of the final spirit.

Thibault continues to work for Grey Goose, and his affection for the product is evident from the stories he tells - like a proud father reminiscing over years of parenting.

“When Sidney was ready to place his first order, he sent over a fax for an order of 30,000 cases,” Thibault recalls. “The sales guy thought that it must have been a mistake - he thought that maybe he’d got the decimal point in the wrong place, but Frank said “I really want 30,000 cases”. The sales guy stuck the fax on the wall of the office, because for several days afterwards, none of us could believe it.”

Predictably, Frank’s optimism and belief in the new vodka paid off, and Grey Goose flew off the shelves - so much so that in 2004, Bacardi Ltd offered Frank a rumoured $2.4 billion for Grey Goose. It was then the highest price ever offered for a single liquor brand. He accepted.

Already a wealthy man, the Connecticut farm boy lived the American dream - six houses, chefs, Maybachs, Bentleys, and (bizarrely) a private golf course and team of professionals who’d play on demand, taking Frank’s advice on which clubs to use. By this time Frank was not able to play so following his players around the course in a golf buggy. 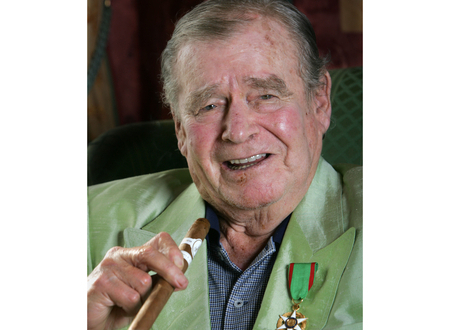 Sidney Frank died a contented multi-billionaire in January 2006 at the age of 86 but his name still commands heartfelt respect in the industry, and will do for a long time. He was a marketing genius and branded a “hero” by Michel Roux, the man behind the Absolut vodka bottle advertising campaign.

Bacardi paid a lot for Grey Goose but it turned out to be a steal and they have continued to invest in the vodka with its quality and continuity assured by François Thibault remaining in charge of all aspects of production. What Frank left behind, and which Bacardi continues to perpetuate, is a vodka brand built on quality and one man’s dream.

Grey Goose vodka launched in 1997 (UK 2001). It is distilled from wheat grown in Picardie, northern France using a five... 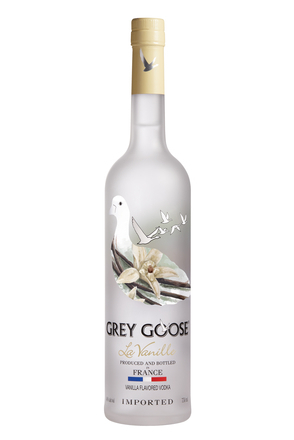 This, the third flavoured Grey Goose line extension, was launched in 2003, a year that saw a plethora of other...

Launched in 2014 exclusively in travel retail, VX is a blend of Grey Goose vodka with cognac from the premier cru region...

Two distinct processes are required to produce the citrus oil extract used in Grey Goose Le Citron. The first is based...

Grey Goose La Poire launched in the US on 1st February 2007. The distinctive bottle features an impressionist style...

An orange-flavoured line extension of Grey Goose vodka, launched in the US in 2000 and 2002 in the UK. The clear...

Launched in the U.S. April 2012, Grey Goose Cherry Noir is distilled from soft winter wheat harvested in the Picardy...

Released in 2014, Le Melon is made with natural essence from French Cavaillon melons sourced from Provence.