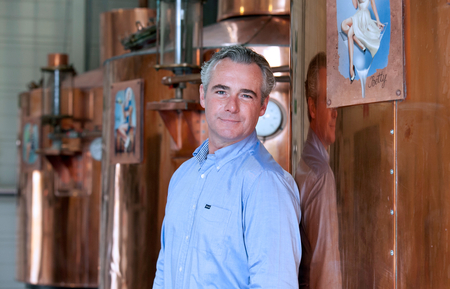 Back in the 16th-century, the Robicquet family was mayor of Cognac and in the cognac business. Over the centuries, the family became less involved in cognac and more involved in viticulture in general, and, in particular, the significance that it exerted on French politics. Jean-Sébastien Robicquet’s parents were instrumental in building the Assemblée des Régions Européennes Viticoles (AREV), an organisation of political and trade representatives of wine regions within the EU and Eastern Europe.

“The story of vines and wines was always there,” recalls Jean-Sebastian. “I was born and raised in vineyards, forever picking grapes, playing with grapes.”

He went on to study biology and oenology at university in Bordeaux, and then became a lawyer, though still focused on wine and spirits. “I did not envision being in a vineyard or producing wines and spirits without understanding what drives the business and the relationships between consumers and wine,” he says.

He moved into sales and marketing, working for cognac house Hennessy in Singapore for three years, before returning to France in 1993, continuing to specialise in Asian trading. Staying within Louis Vuitton Moet Hennessy he then moved to fellow cognac house Hine. Suddenly ten years had passed, and he felt a calling back home in Cognac.

“I wanted to be free, to run my own destiny and to create things – even when I was at university I always said I wanted to make my own wine and spirits. I felt it was time to go back, to recreate and refurbish what was now in bits and pieces across Bordeaux and Cognac. It was a question of seeing who owned what, what vineyards and buildings there were and where they were.”

Partly, this longing reflected something of a deep-seated feeling of responsibility towards grapes and their role in history and society. “I have a true belief in the virtue of grapes – in education, food, history and culture, grapes are part of building blocks of old Europe,” he says. “I wanted to convey their virtue, the beauty of it all and the way they cement Europe. It’s inspiring and dates back to the Romans – when soldiers retired they were given vine plants and wheat as gifts to settle in the place they were, hence the spread of the Latin culture in Gaule.”

But what to make? Option one was to make cognac. The family had vineyards, buildings in which to distil and was familiar with the cognac fraternity. But this was 1999, cognac was in crisis, and Jean-Sébastien was worried about being a small fish among far more established players.

“I decided cognac wasn’t the answer. Travelling the world, I realised white spirits was the fastest-growing area, and knowing that, according to the legal definitions, you can make them from any source of agricultural origin, then there is a huge number of opportunities”…” innovation comes from constraints” he added.

The grapes that surrounded Jean-Sébastien could provide the necessary fermentable sugars to create spirits, including vodka and gin. “I was convinced we could bring ‘nobility’ to the categories – there’s an expression ‘grain for people, grapes for the king’. That was the beginning of his journey with grape-based white spirits and Jean-Sébastien was vindicated in his approach when Diageo asked him to make its ultra-premium vodka Cîroc. But that’s another story.

It was during one warm evening at the end of May 1999 that Jean-Sébastien realized he should make gin. He’d been sipping cognac on the patio of the family’s 16th-century farmhouse, when he had a sort of epiphany. He recalled how gin-makers were increasingly using strange botanicals from far-flung destinations. “I remember thinking why are they going abroad for botanicals, then looking out over our own vineyards, which were flowering, and thinking how we have some unique material here at home. All these other guys are putting exotic flowers in but we have the vines.”

Using vine flowers as a gin botanical was a somewhat unconventional concept. It is the flowers that become the grapes themselves, and so they are typically left untouched on the vine. “But when you walk in the vineyards in June they smell so good and bewitch your senses. After all, you get tropical fruit flavours from Ugni Blanc grapes, buttery notes from Chardonnay, and red fruit and berry notes from Merlot – and in the flowers you get the precursor to the aromas you find later in the grape.”

In addition to being unorthodox, using vine flowers as a botanical also had logistical challenges – they only bloom for 10-15 days, so are ephemeral by nature. “If you miss them you have to wait until next year.”

So began a process of experimentation in 2002 to investigate if extracting the flowers’ flavours was both possible and desirable. Jean-Sébastien and a small group including his business partners and his brother visited a newly planted vineyard – while they are young their grapes are not used to make wine – and hand-harvested 50kg of the tiny yellow flowers and their stems.

“I figured we had three options to extract: we could dry the flowers and infuse the spirit like a tea; create an infusion using fresh flowers; or extract the flowers’ essential oils. Flower maceration in grape spirit was successful and Jean-Sébastien then re-distilled the mix in a Florentine pot still he had bought, to mix with various third party botanical infusions to create a gin. “It worked,” he says. “The 2005 vintage was really good.”

Not that his nearest and dearest were immediate converts. “It was just like when I started making vodka with grapes – everyone thought I was crazy. In history no one had done anything with the flowers. No one had ever had the argument. We were breaking the rules essentially, though my brother was enthusiastic.”

He had everyone involved sign non-disclosure agreements during the distillation experiment and only a handful involved knew the full reasons the flowers were being used.

Luckily one thing worked in Jean-Sébastien’s favour. During the Asian financial crisis in 1990-95 that dramatically impacted cognac sales, the region’s grape growers wanted to diversify. They felt cognac was no longer enough and began to cultivate Merlot and Cabernet Sauvignon to make table wine. “But then that too collapsed and those growers had no market for their grapes. If they simply replanted to make cognac then they would still have to wait three years until they could use their grapes to make eau-de-vie.”

Jean-Sébastien suddenly became these growers’ fairy godfather – by renting him the land, so he could access the flowers from their vines, they could actually yield revenue per hectare. “I found one or two growers who embraced the idea. With others I didn’t disclose what I was doing straight away. But I was basically a light at the end of the tunnel for a lot of them.”

From that first successful distillate in 2005, by the end of 2006 he had a network of growers covering 50 hectares, all now devoted to cultivating vine flowers, and enabling Jean-Sébastien to build stocks of vine flower distillate. “The secret is that if you have a deal, you keep the deal. Good year, bad year, you have to take the flower.”

Most of the intervening years have been largely kind. But the recent harvest this year, 2012, for example, was a bad year. “We had a lot of rain, really chaotic weather, and while the flowers in each vineyard usually come in phases, blooming for 15 days or so, this year everything came at the same time.” His 150-strong team of harvesters had to work double-time to ensure they got to all the flowers in time.

With his gin’s USP proved, Jean-Sébastien now turned his attention to tweaking the other botanicals to reach his preferred formula. Much of this was, however, already done in his head. “When you’re training to become an oenologist you spend weeks sniffing, identifying defects and the quality of wine, and to identify flavours. I’ve a very sensitive nose, so you get to know molecules and flavours and you know that by blending this or that you’ll reach such a result. So I already had 80 per cent of the formula done in my mind.”

The rest of the hard work took place in his office at home. “It’s where the chickens used to live. I have lots of drawers where I put everything, but it’s really a big mess. Anyway, it was there that I analysed 20-30 gins, tried to identify what was their strengths and weakness and to define a level of spices, writing it all in notebooks and on my computer. Over four months I refined my recipe, while in the daytime we were also experimenting with infusion time, distillation and cuts, blending of the botanical distillates and redistilling them.”

Fast forward to today, G’Vine has some 10 full-time staff and Jean-Sébastien has begun turning his attention to some new ‘fun’ products, including bottled cocktails (a Hanky Panky was released in 2011), an award-winning tequila, and a ground-breakingvermouth expected to be released in 2013. A limited edition G’Vine, made to one of the first recorded recipes of gin that was found in a London museum and calls for wine distilled on the lees, is also expected in late 2013. 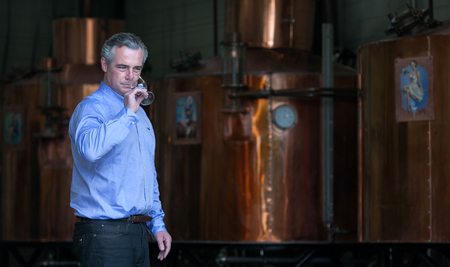 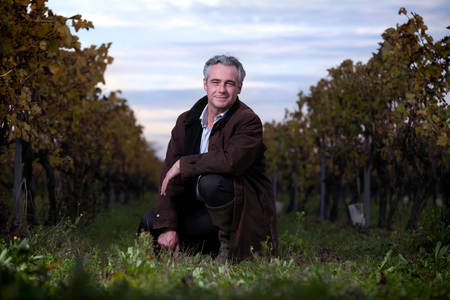 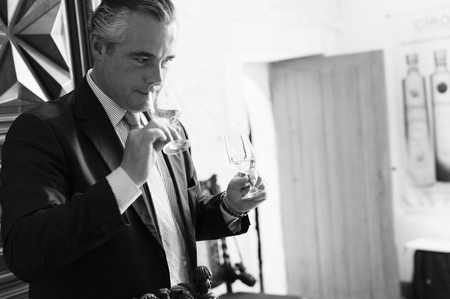 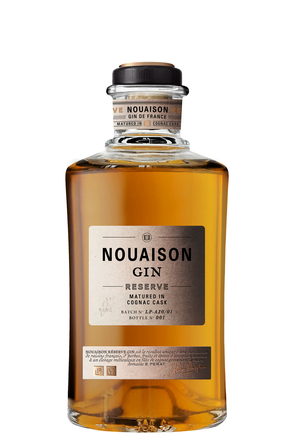 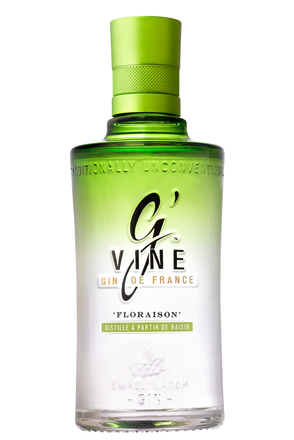 G'Vine Floraison Gin is based on grape neutral spirit which is used to make five separate botanical infused spirits. The... 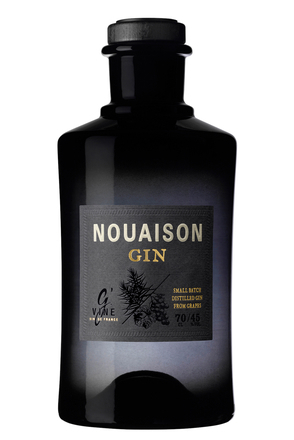 Based on grape spirit rather than the more usual grain spirits and flavoured with the petals of vine flowers alongside... 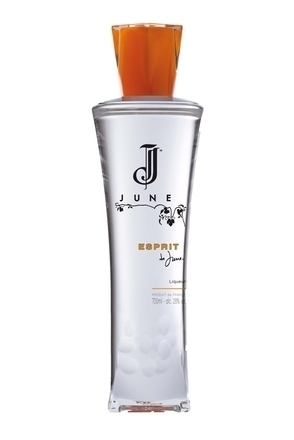 This floral liqueur is named after the month during which the flowers that flavour it blossom on the vines. These... 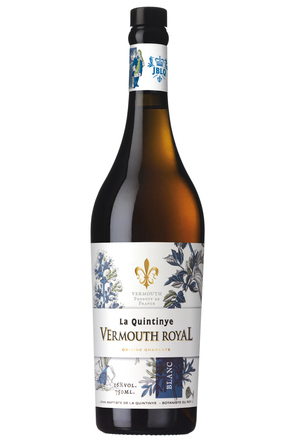 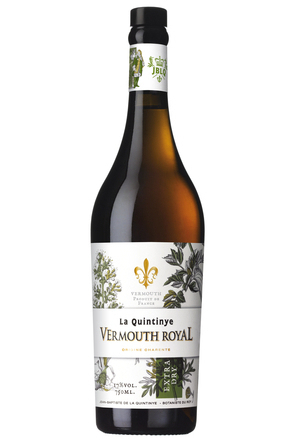 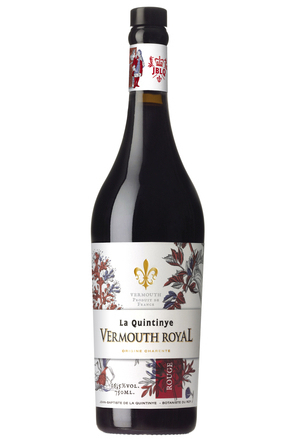 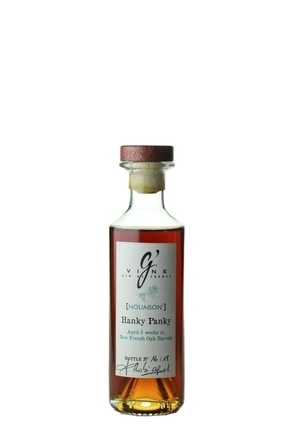 Quite simply G'Vine Nouaison gin with sweet vermouth and Fernet Branca which has benefitted from eight weeks aging in...