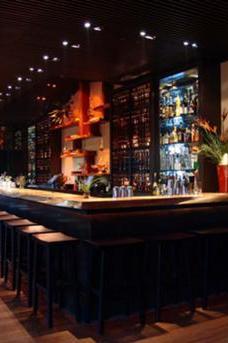 Audrey Saunders, a leading light in New York's cocktail culture, took inspiration and name for this bar from a club famous in the 19th century, the heyday of the British Empire. The original Pegu Club in Rangoon, near the Gulf of Martaban in Burma, was the haunt of British colonial types: Kipling once described it as "a funny little club always filled with lots of people either on their way up or on their way down."

Today the Pegu Club is a long, narrow lounge perched above West Houston Street, with the entrance and cloakroom at street level. Fittingly, the interior has an oriental influence: latticework covers the windows that run down one wall. Plush banquettes and comfy low chairs surround the tables which dot the room.

The original Pegu Club was famous for its eponymous, tart-tasting house cocktail and naturally this leads Audrey's list, which changes with the seasons and showcases creations by Audrey and her team such as the Gin Gin Mule and Earl Grey Martini. Infused spirits are a major component in their drinks, all of which are judiciously made and carefully measured. 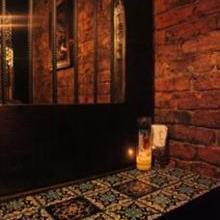 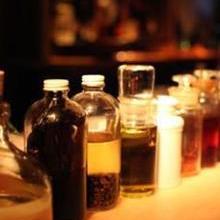 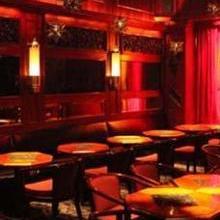 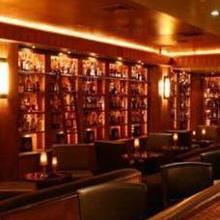