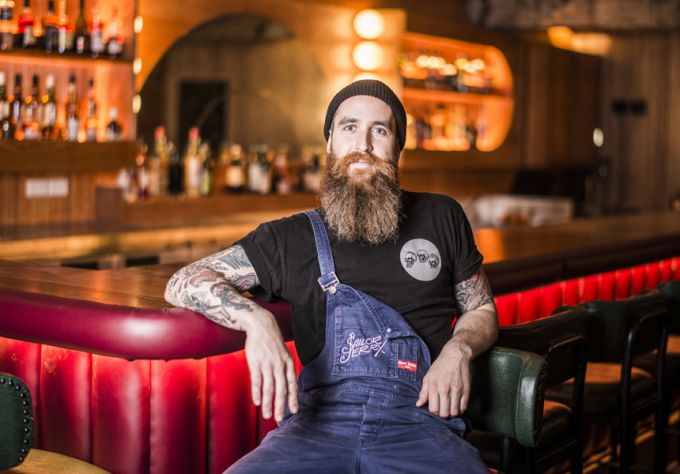 How did you come to own your first venue?
Dardan, Cosmo and I all worked for The Baxter Inn during the Glory Days. Much of the time we spent working and frolicking around Sydney and somehow formulated the idea we could also run and own a bar just like our mentors Jason Scott and Anton Forte, co-owners at the time of Swillhouse, and low and behold both of them thought we could do it too so they gave us a kiss on the forehead and helped us kick off what was to be Ramblin' Rascal Tavern.

Who have been your mentors over your bar career?
I have had the privilege to work with some of the best in the bartending world but a few mentors do standout:
Damian Liot - Now the owner of Bare Bones Ice Company Sydney. We worked together at Zeta Bar, Hilton Hotel before our stints with Swillhouse. He taught me the values of service and how to whip up some mean cocktails with his Normandy flair.

Toby Hilton and Lewis Jaffrey - They were our GM and Ops manager respectively. OGs of the industry Toby and Lewis guided me on how to manage a team all the while dealing with rowdy guests at Sydney's busiest bar, The Baxter Inn. Their influence was huge in stepping into our own digs.

Rob Libecans and Barry Chalmers - As Swillhouse grew both Toby and Lewis stepped up into company roles but were replaced by two of the best in the game! Rob Libecans, the scouser who came from another world famous Aussie bar, Black Pearl in Melbourne and Barry Chalmers who was London's cocktail bartender of the year at some point many moons ago but also a respected bartender the world over and Eau de Vie alumni. Rob once set my beard on fire so I punched him. By this point Baxter had won the hearts of the world and we were riding high. Rob and Barry held our egos in check and made sure we kept our high standards. Both of their palates are out of this world and opened my eyes to new techniques while keeping all the wank out of it. They headed one of the best bar teams I'd had the privilege to work with.

David Fisher - I slayed the middle well with Fish at The Baxter! Fish was, and is still, one of the most professional people I've had the pleasure to work with. An ex-Milk and Honey London alumni. He whispered many secrets of service in my ear on the fly that have stayed with me to this day. He's also very good at maths so did all that while I banged out drinks when we worked together, pure synergy.

Anton Forte and Jason Scott - They started this gangsta shit and this the mother fuvkn thanks they get! But seriously we can't thank them enough for helping us achieve what we have achieved. 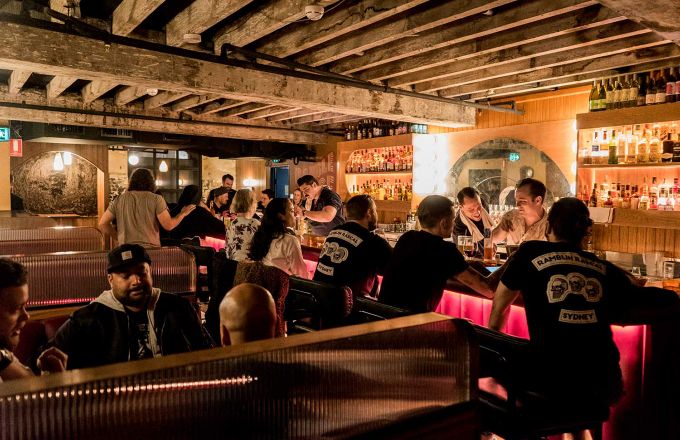 How would you describe the drinks style in both Ramblin Rascal and Double Deuce?
Ramblin' Rascal is your 5 Star Dive bar of Sydney. Shit tins, usually Emu Export, shots of cognac while the blues serenades you but! you can also slurp banging cocktails and if you're in on the right day you can catch a live band doing their thing. Rascal is a place for everyone and there's only one rule... Don't Be A Dick.

Both menus are available to view on our instagram and websites.

Your venues are known for their extremely fun vibes – how do you ensure it stays upbeat and doesn’t get too serious whilst still serving really well made drinks?
Communication with your team is key while having your head right while everyone has the best time around you. We also make sure we engage with our guests, see how their nights are going and making sure everyone feels comfortable. It's important to read the room at all times.

How to do approach managing bar teams and trying to keep staff invested and happy in the bars?
Love em', talk to em' and make sure we all have boundaries but make them know you'll ride into service with them!

Who is your favourite bartender in the business right now?
I might be bias here in saying Oliver Churcher our bar manager down at Double Deuce. His drink skill and palette are under appreciated and deserves more recognition. His execution of our best cocktail The Discretionary (go check it out) and the elegance of his White Russian has gotten me in trouble for over indulging a few times.

Stephanie Haile is also one amazing bartender who has shredded behind some banging bars in and around Sydney. Rocking over at Continental Deli in Newtown at the moment, it always a pleasure to have her sling me anything for my amazing hangovers.

Dessert island drink?
Reschs "It Really Refreshes" Lager! it is one of those local generic lagers that my pop drank so I drink it too and you know what it's bloody delicious! 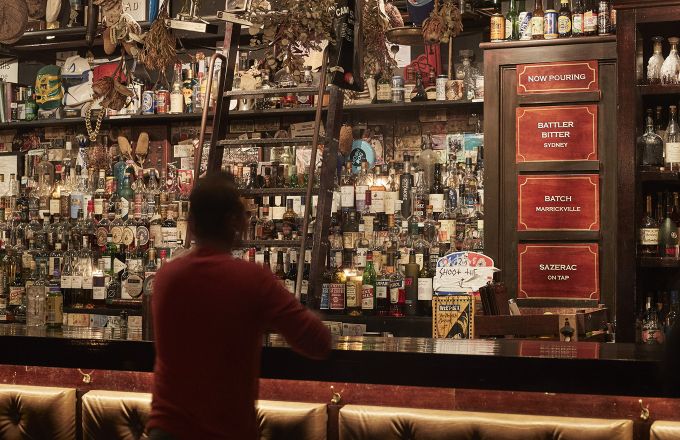 Who is inspiring you lately (in or out of booze)?
In: Kelsey Ramage: Covid really has rocked our hospo world and none more so than in the Americas where Kelsey is based up Canada way. She has had to close and restructure her businesses and has struggled but has succeeded each and every time! This woman rocks!!!

Out: Lebron James: Covid and BLM were such huge social, cultural, economic and political drivers toward change both bad and good. I love basketball and the NBA, Celtics baby!!!, so during lockdown and following a very different version of NBA while the world around it was restructuring and watching James' leadership and engagement and then to win his 4th championship was something special.

What is your favourite bar in Aus that you don’t own?
I had to think pretty bloody hard about this but I reckon Shady Pines Saloon on a hot summer eve is something special.

Hangover cure?
Watermelon juice and a bacon and egg roll with bbq sauce.... then more beers. 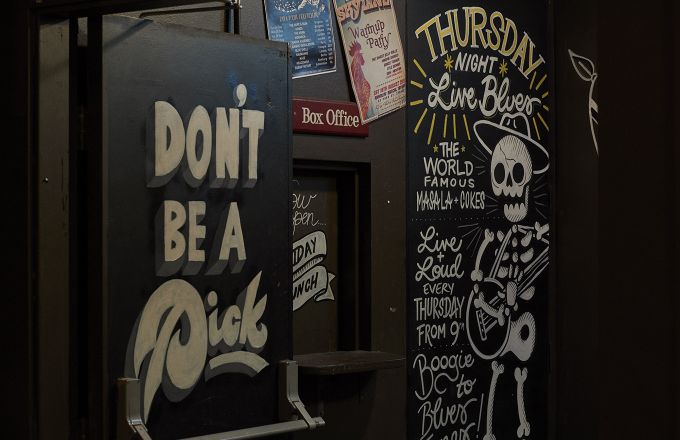 If you weren’t in the bar industry, what would you be doing?
I always thought being a tug boat driver would be heaps cool but I studied journalism, sociology and international politics so probably dipping my toes into any and all of these.

What does a typical day look like for you between the two venues?
Cosmo is always at Deuce so we're lucky in that respect we don't have to stretch ourselves too thin across both bars. I pretty much run around Rascal but sometimes our jobs crossover. I usually try to get to Deuce once a week to take some shots for socials and see how everyone's all doing.

Down at Rascal you'll find me parked at the bar rambling and doing our socials and once the house starts rocking being the utility-tender, filling in for breaks, mixing it up on the floor, talking absolute nonsense to guests and just enjoying what we do. Our staff are the backbone, I've taken a backseat role while filling in where necessary.

What’s the worst decision you’ve made in hospitality and what has been the best one?
Worst decision would've been not valuing my downtime and work/life balance at the start of my career more. We can so easily amp ourselves up at a young age to work massive hours but our bodies and minds do get knocked around. If we take care of these things earlier on in our careers we'll have happier, more skilled, engaged and enthusiastic bartenders, bar backs, servers, chefs, line cooks, hosts, waiters and sommes. look after your head my peeps!

Best decision was telling my mum when I was drunk that'd I'd one day open a bar... she never doubted me really and here we are! Best thing was opening that bar.