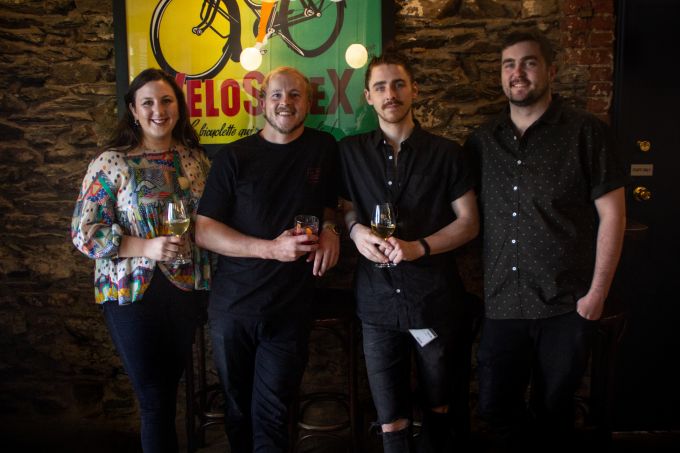 When the brand talks, the media attention and the investment doesn’t come your way, it’s time to start your own thing and get the job done. At least, that’s what four industry friends in Adelaide decided, founding The Pursuit of Hospitality.

For a small population, Australia is lucky to have more than its fair share of great culinary, wine and cocktail scenes. Adelaide is unquestionably one of them, luckily situated in a cornucopia of farms, globally renowned wineries, and distilleries. But it’s not a perfect scenario for aspiring hospitality staff – just yet, anyway.

A gap in training, education and networking was something Michael Keogh, former bar manager at Maybe Mae, had been mulling over for a while. Looking for solutions to close that gap between those who’d made a successful career of hospitality and those just starting out, he chatted to friends and colleagues Sean Howard, Kayla Grigroriou and Jack Booker and like the over-achievers they all are, they decided to do something about it.

The whole idea started with the concept of a calendar. Sean and Michael noticed brand trainings that came to Adelaide would often clash with each other, meaning a lack of attendance and fewer repeat visits as the community appeared unengaged. “We started discussing how Adelaide could benefit from these trainings and show how engaged we are. It felt like the clashes were causing Adelaide to not be worth investing in. We thought, it would be really helpful to have a calendar for when these trainings are happening, so they don’t clash. That’s where it all started,” says Michael.

“Part of the other thing we noticed over the years, was there was big disconnect between rookies and mentors. Adelaide is a small town, with a good community, who are doing good things, but I didn’t know how to find the younger guys starting out who have good potential. I started by picking up cups in a shitty nightclub. How do you find the kids who are doing that, that need the support to move up and advance a job that, right now, is to make ends meet, but can be turned into a career?”

To Michael and the founders of Pursuit of Hospitality, this idea of a career, and career credibility, is at the heart of what they’re trying to achieve for the next generation of industry staff. Once you’ve made it, you know it is possible to start out as that kid polishing glasses and end up with your own company distilling gin in the Adelaide Hills or owning a string of successful venues in the heart of the city. The issue, says Michael, is that it’s not particularly apparent to that kid with their dish cloth.

So what’s the plan? The team are looking to do a proper launch party by the end of March. They’ll be slowly building their website to have that core calendar of what’s coming up and ensure as many hospo staff can attend events. The events and trainings hosted by Pursuit of Hospitality are next on the agenda, with a focus on finding local mentors to pass on knowledge, whether they’re wine-makers, chefs, bartenders or small brand owners. “We’re effectively trying to do something once per month for the rest of the year, and turn Pursuit of Hospitality into a proper not-for-profit” says Michael. 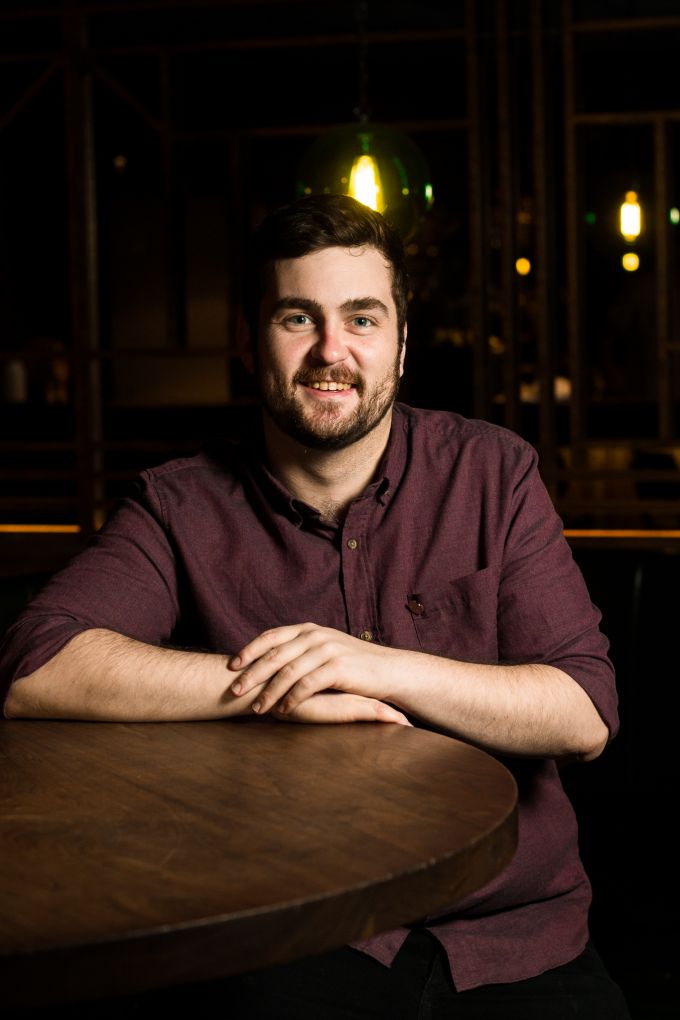 The primary focuses of the collective, established after long discussions among Michael, Kayla, Sean and Jack were narrowed down to these four; career, training, inclusiveness and HERd. HERd is an already existing movement and community set up and founded by Kayla, which was established for the women in South Australia’s hospitality scene.

“When Michael and Sean asked if I wanted to be part of the Pursuit of Hospitality I said of course,” says Kayla. “When we spoke about bringing HERd into the mix we discussed what that would look like. Originally it was about females in the industry, for females in the industry, which it still is and will continue to be, but I really wanted to develop it to be for others in minority sectors of the community as well, or those who need to be, for lack of a better word, herd.

"So we’ll work to include those who are in the trans community because we do have a lot of bartenders in SA who are trans or LGBTQ+ that do get a lot of harassment from customers, and look at how can venues deal with that and how can we delve into anybody that does need that extra protection and extra voice and extra person behind them, without actually being a body guard. That’s what we really want HERd to become – very much an empowerment tool of Pursuit of Hospitality, but very much with a focus on that minority who are hospo workers.” 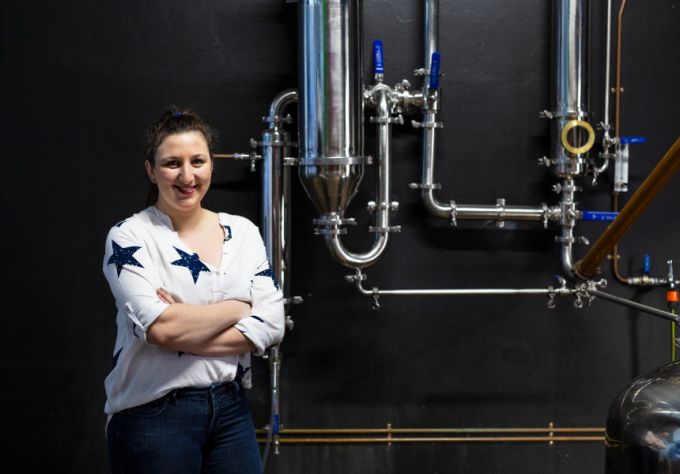 With events, a growing network, and available trainings hosted by Pursuit of Hospitality, Michael, Sean, Jack and Kayla are hoping they can put a stop to Adelaide’s brain drain to Sydney and Melbourne, or in previous times, abroad. “It’s a major sticking point for us. Once people get to a certain level in Adelaide, they seem to think it’s necessary to move to continue the progression. Our argument against that is to make Adelaide’s scene stronger and I truly believe it is stronger than other cities in Australia. There’s plenty of places to go and experience to have here and there’s more venues opening. If we can stop this idea you have to leave, it’ll only make the city stronger again,” says Michael.

Even at its earliest stages, the Pursuit of Hospitality foundation promises to offer a wealth of mentorship, education and connections for Adelaide’s industry. And not just helping bartenders mix drinks, promises Kayla, “It’s about education in a way that’s not just spirits or wine or building a cocktail, but in being healthy, in mental health and in working better with your money. How can we educate ourselves to be better people, to really look at hospitality as a career and to change the opinion of an older generation that hospitality is just something you do while you’re at university?”

Michael Keogh
Having just stepped down as Maybe Mae’s bar manager, Michael has been at Adelaide’s best-known bar for four years. He started in night clubs and transitioned through to hotels, restaurants and pubs and finally into the city’s small bar scene.

“Michael is well known in the community; often out for a drink and a laugh and always at any industry events or trainings. He is also widely regarded as one of the louder voices in the community when it comes to others attending these events, making sure competition entries get entered on time and mentoring some of the lesser experienced bar crew in the area. More importantly than that, many regard Michael as a safety net and confidant for their mental and emotional health and he will always lend an ear or a hand when needed. Michael's friends are his family,” - The Pursuit of Hospitality. 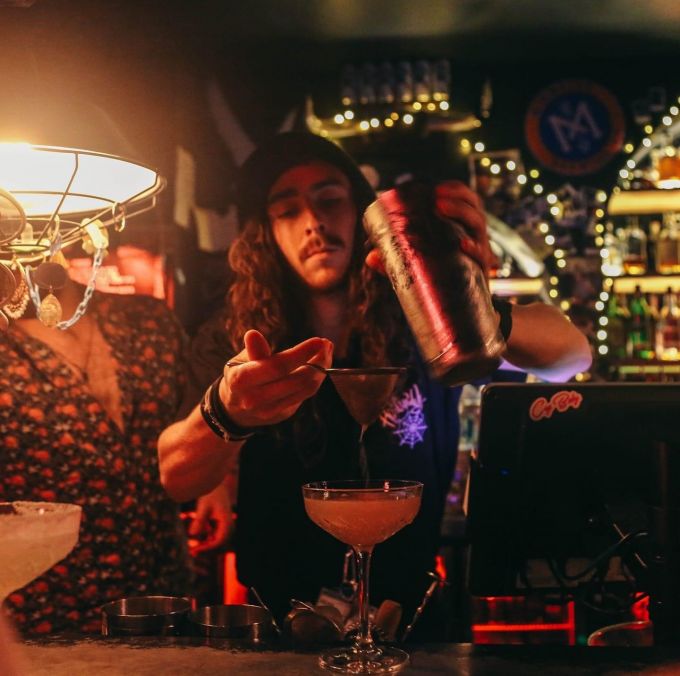 Cry Baby’s bar manager, Sean, started this journey with Michael over post-work beers, complaining about things not getting done in the industry. While managing the hospitality hangout and destination bar, Sean has a raft of skills which include graphic and web design, both of which were put to good during COVID when he designed, programmed and ran Cry Baby's off premises booze delivery. “His many roles have cultivated a love of fine food, wine, fortifieds, whisky and craft beers. Only a few of these loves translate to his current role at Cry Baby; which boasts one of the best American whisky selections in the country and THE best craft beer selection in Adelaide.

Sean plans for owning his own venues are well on the way and we expect to be toasting his success at one of these venues very soon. An asset to any organisation he's a part of and a fierce friend, he is a loud voice in the hospitality industry and helps set the standard for work life balance. Keen to have him on board!” - The Pursuit of Hospitality.

Kayla Grigroriou
Bar manager of Bar Torino, and owner of Needle&Pin Spirits Kayla is, in Michael’s words, “one of the strongest hospo professionals I’ve come across, on a national and international level.”

“A weapon at anything she puts her mind to, Kayla does absolutely nothing by halves and always knocks it out of the park. She has worked harder than most anyone we know and positioned herself to be one of the most powerful hospitality professionals in South Australia. She has made a career out of learning how things are done and then achieving them in her own way, empowering those around her and mentoring those beneath her. She is passionate about women's rights and equality within the industry and the rightful champion as far as we're concerned. We couldn't be happier to have Kayla on board, running HERd and the collective with us all.” - The Pursuit of Hospitality. 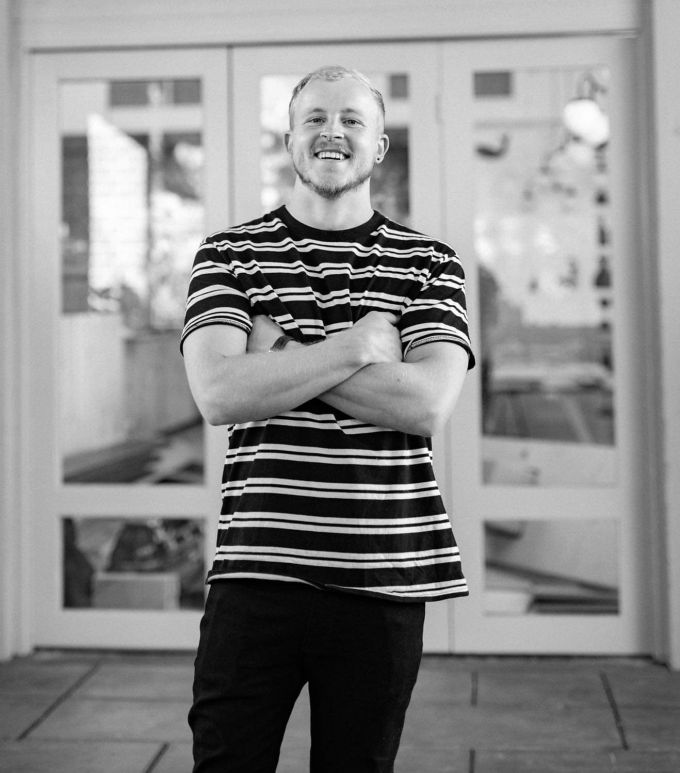 Bar and restaurant owner (Yiasou George, The Stag, Anchovy Bandit, Bottega Bandito and Marula Bar) Jack is the business minded person, who brings a great outlook to the group and who Michael says gave gravitas to the issues he and Sean were complaining about.

“Jack is a critically minded thinker, always willing the play devils advocate and view issues from another person's perspective. He has made a successful career out of anticipating the needs of his customers, whatever he is selling at the time, and is the most commercially minded of the owners of this collective….Above all else Jack is an amicable guy, all about inclusiveness, enjoying life and having fun with friends in his down time. Just as likely to be down the beach with the dogs and some mates as he is to be out having a fine dining experience or sinking shots at the local watering hole. Jack is hospitality incarnate and we love having him on board.” - The Pursuit of Hospitality.

... comment(s) for Adelaide’s Industry Group: The Pursuit of Hospitality