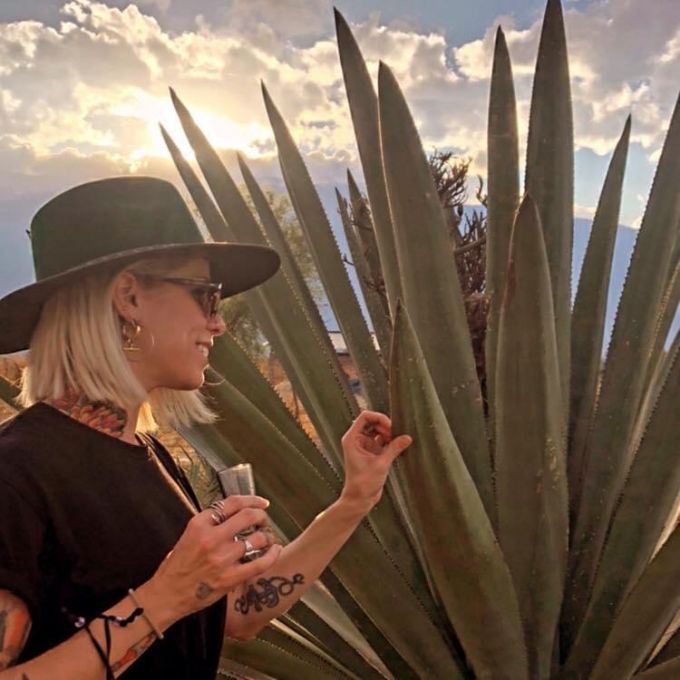 If you’ve ever had the chance to visit the Mexican state of Jalisco and see the blue agave fields with their rust-coloured soil, you’ll understand the draw of this culturally-rich corner of the world. It’s a place Megs Miller has wanted to live in since she was 16, and after a career in hospitality, becoming a bonafide tequila expert, she’s finally made the move.

“I always knew I wanted to move here at one point of my life, to live here and experience what it’s really like to call Mexico home. So here I am, it’s country number seven in 16 years of hospitality, but it was the first country I visited before I moved, so that’s an improvement,” says Megs, on a zoom call from her flat in Guadalajara, the capital of Jalisco.

Previously Megs has lived and worked in the UK, Colombia, Indonesia, Australia and her original home of Canada, so travel isn’t exactly out of her comfort zone. But then so many of us in the booze industry dream of life among the agave, and here’s someone who’s made it their reality. It’s jealousy-inspiring as much as it is awe-inspiring.

For those who’ve never come across Megs before, she’s most known as one of the faces of Altos tequila and as a co-founder of London bar FAM. She lives and breathes and loves agave distillates and speaks of them with a hurried passion – there’s a lot of tequila knowledge in that brain that tumbles out over the bar as she makes delicious Tequila Martinis – a serve she’s famous for.

So what’s it really like picking up sticks and planting yourself in the middle of Mexico?

“I already had a great base of friends, I had a support system. This crazy year of 2020 really put things in perspective for me – if the world goes to shit I want to be in my happy place,” she says. Landing at the beginning of December 2020, still in a pandemic, she started her life here, mostly based in Jalisco but also taking regular trips to Mexico City, an hours flight away. 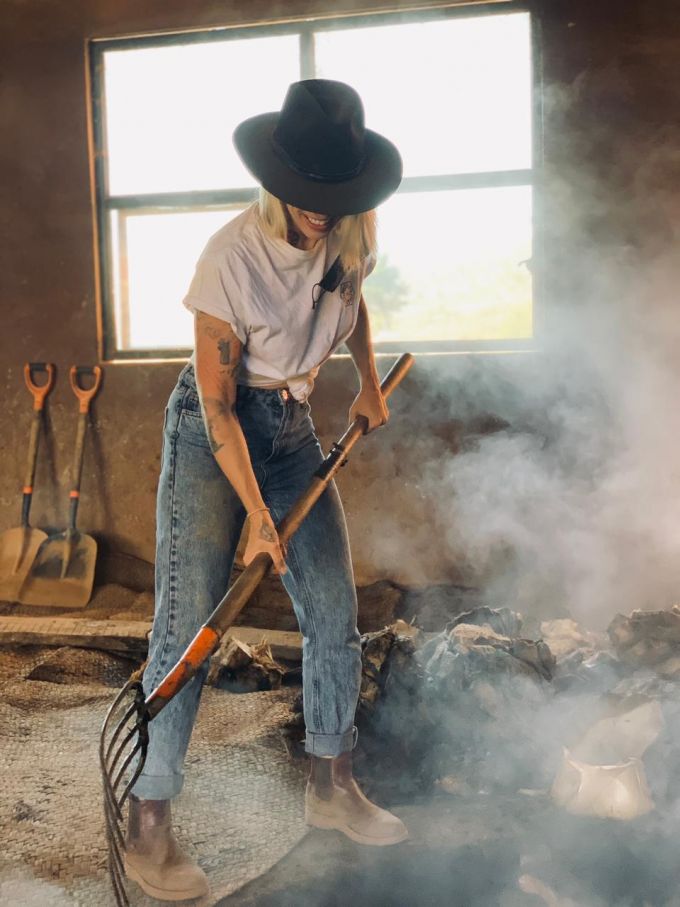 Visas aren’t really being granted right now as the world stays in a form of lockdown, but this is Mexico and Megs has just been told to, simply, stay put. Enjoy. It’ll all be worked out soon. And that’s from a government official. It feels and is another world to Australia.

As for work, Megs is still part of the Altos team and being on the ground, just a drive away from this distillery in the highlands of Arandas, makes this job even easier. And she’s brushing up on her Spanish, fast.

“I’m also going to be starting my own project – inspired by Mexico,” she says. “There used to be these little shops, called 'changarros', that have mostly been bought out in Mexico but were still massively part of the community when I lived in Colombia. They’re like your tienda or corner shop, but they sell alcohol and act like a local version of a pub. You can buy your booze, stand outside or sit on the cheap tables and drink, maybe grab a pack of crisps and some of them used to fit up to 100 people, all crowded outside and inside. I became obsessed with researching them. I think the closet inspiration in Australia would be Continental Deli in Sydney. 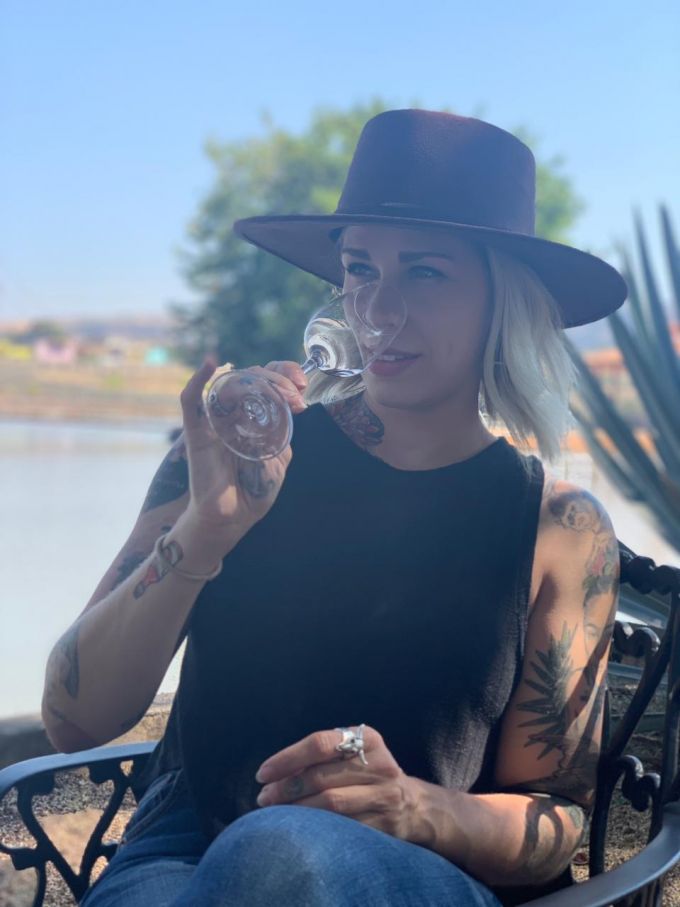 “I want to open one here, a bar that is also a tienda, where everything is for sale. You’ll be able to drink in the shop – I’ll have cocktails, batched and bottled – but also local products like coffee, cocoa, vanilla, beers and everything will be super sustainable. It’s all about the community. I envisage teaming up with a vinyl store to bring in music and that will be for sale, we can decorate with plants and team up with a nursey and – if it’s on the wall and you want to buy it, it’s for sale. It would be a way to satisfy my thirst for Mexican and agave products as well as wine and beer. I’ll be going to meet all the producers and sell products I believe in,” says Megs.

That might not be open for a while yet, but it’s the long-term plan for her new Mexican home.

Right now Megs is focusing on getting to know all those producers. She’s spent the last three months visiting some of Jalisco’s most intimate and boutique tequila makers and pulquerías, brands you can’t get, let alone hear of, outside of Mexico.

“I’m feeling very spoiled, like I’m inside a dream and am very lucky. Everything is still being done in a very safe way – we’re all masked up, social distancing and sanitizing but it’s amazing to be out and about in the agave fields again.” 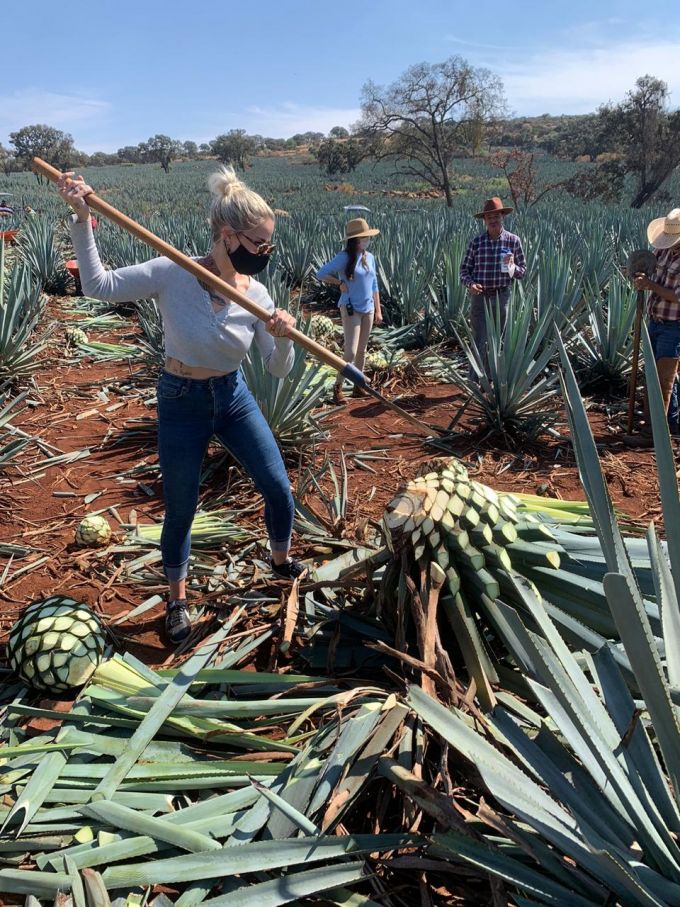 With all this new knowledge around her Megs has gone back to her agave books and is reading them with fresh eyes. Here’s some of her recommendations for any aspiring tequila and mezcal-experts: ¡Tequila! A Natural and Cultural History by Ana G. Valenzuela-Zapata and Gary Paul Nabhan, The Anatomy of Mezcal by Iván Salsaña Oyarzábal, How the Gringos Stole Tequila by Chantal Martineau, Understanding Mezcal by James Schroeder, and if you're lucky enough to get your hands on a copy, then of course The Tequila Ambassador by Tomas Estes. It’s also been a lesson in biodiversity, with visits to Colima where Mexico’s second largest collection of agave plants is kept. “I cried, of course,” Megs says, “it was incredibly humbling to see.”

It’s not all sunshine and rainbows (well there’s plenty of sunshine for someone who moved from London via Edmonton) but when Megs describes the food and drink around her it sounds like it might be more than just her happy place – it could be mine as well.

“I normally just drink neat agave spirits with topo chico (that’s sparkling water) on the side. Sundays are for Micheladas. When it comes to cocktails I love an Agave Martini, wet with blanco vermouth and a lemon twist or no garnish. I’ve discovered many amazing bars and restaurants in Guadalajara but here’s my top five; Farmacia Rita Pérez, Matilde Mi Amor, Peter Brown, Salón Candela and Vietnam Bar. In Mexico City I would say Baltra Bar, Café Ocampo, Campobaja (for lunch!), Hanky Panky and Limantour.”

When asked to give advice of anyone who also might like to pack their bags and move to tequila heaven when the pandemic is over, well she has just two words. 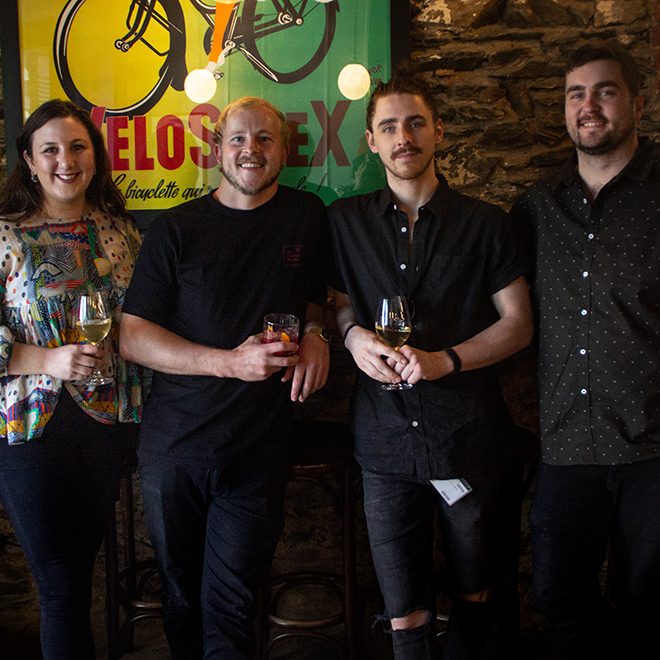