From April 28th to May 2nd, the World Class Cocktail Festival will be bringing out the best of food and drink in Sydney, with a line up of collabs and pop-ups you won't want to miss - including the country's seven best bars all shaking cocktails in the one city and $15 cocktails in bars around the city.

Paramount House, on Commonwealth Street in Surry Hills, will be the hub of the festival. Here you can find the best of Melbourne's cocktail scene, moonlighting in Sydney for the week at the Golden Age Bar, Margaritas and Mexican golden era films in the cinema and Espresso Martini's in the ground floor coffee shop.

Sydney's very best venues are also getting in on the festival action, with a Sunday night party at Maybe Sammy, a taco and tequila collab with cult kebab shop Shwarmama and micro mezcaleria Cantina OK! and a laneway vermouth pop-up beneath Bulletin Place. Adelaide chef Duncan Welgemoed is bringing his team up to recreate their North African cuisine and Surry Hills burger joint Butter is teaming up with Melbourne's Byrdi to serve a Butter Fried Chicken Martini to enjoy with your burger.

World Class's festival is launching off the back of the World Class Australian final on Tuesday 27th, where three of the country's very best bartenders will battle it out to take the national title and go on to compete in the global finals in July this year.

Here's the full lineup for the festival:

Little Melbourne, Golden Age Bar
Award-winning Melbourne venues will take up temporary residence at the Golden Age Bar each evening, with an impressive lineup of bartending talent from the likes of Above Board, Black Pearl, Byrdi and The Everleigh (all featured in the World’s 100 Best Bars) coming to town to share their top Don Julio tipples with Sydneysiders.
Wednesday to Sunday, 5pm-late

Simon Johnson x Ketel One: The Truth About Caviar, Golden Age Bar
Celebrating the increasingly popular vodka and caviar pairing in an afternoon titled ‘The Truth About Caviar’, the team from Simon Johnson, Purveyor of Quality Food, will offer unique tastings and education for guests to better understand this luxury ingredient and its history of being partnered with vodka. Ketel One vodka martinis will be served alongside a bump of caviar, or for the more inquisitive guests, a hosted in-depth 20 minute tasting experience.
Saturday 1st May 2pm-5pm. 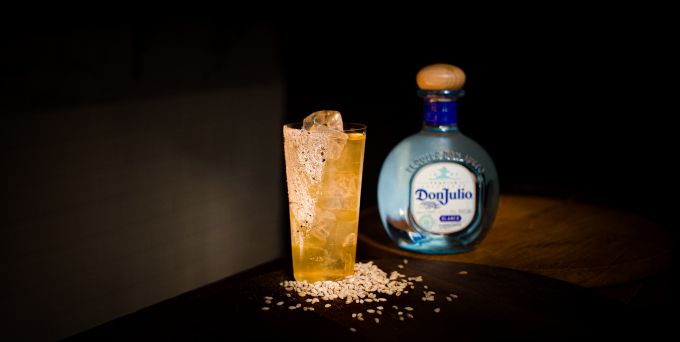 If you’re missing holidays abroad, Don Julio is going to transport you to Jalisco at Paramount House, where all week the spirit of Mexico is brought to life with a feast for the senses. For a cultural buzz, sip contemporary Don Julio tequila cocktails while you watch cinematic favourites celebrating some of Mexico’s most esteemed film directors at Golden Age Cinema, screening Desperado, Like Water For Chocolate, El Mariachi, Brimstone & Glory and Pan’s Labyrinth.
Wednesday to Saturday, session times available at www.ourgoldenage.com.au 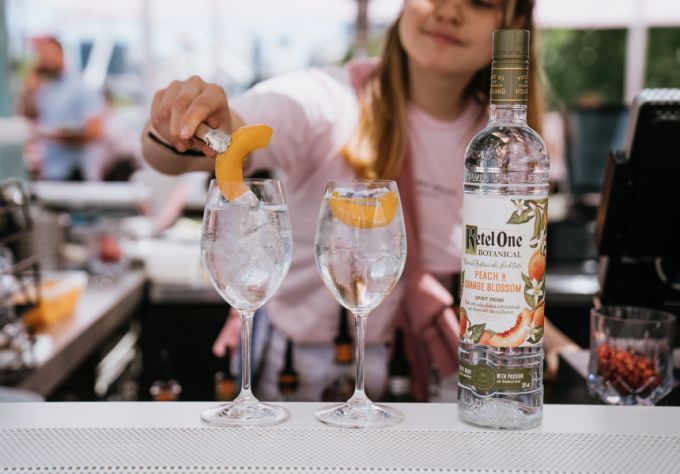 The flexitarian lifestyle is all about balance and you can be your best self by nurturing and partying at the Paramount Recreation Club rooftop, where mid-morning yoga sessions will be followed by a vegan feast and fresh tasting, zero alcohol Seedlip cocktails along with low calorie Ketel One Botanical spritz. Heading into the afternoon, the vibe ignites and the tunes will be flowing, as Don Julio hosts the ultimate sundowner sessions, offering signature margaritas and palomas.
Saturday & Sunday, 10.30am-12.30pm
Saturday & Sunday, 2pm-8pm 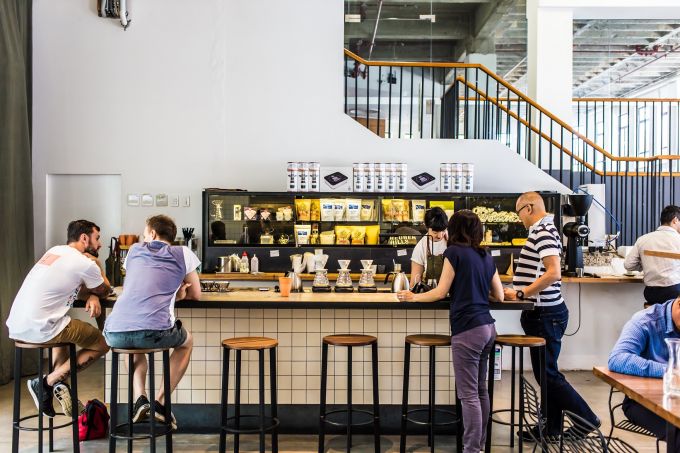 In partnership with PCP, and one for the true coffee connoisseur, Ketel One will be serving bespoke blend espresso martinis with your choice of Columbian or Ethiopian coffee beans.
Wednesday to Thursday, 5pm-7pm 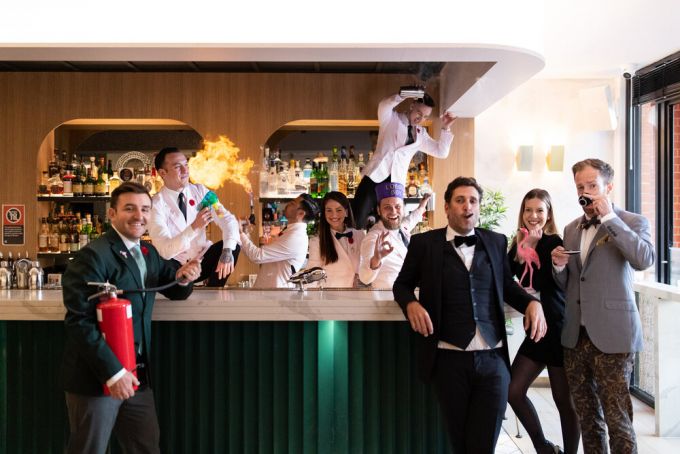 Maybe Sammy – Maybe Sevilla (Closing Party)
Three of the World’s 50 Best Bars are in Sydney and the highest on the list, placing 11th is the incredible, theatrical and formidable, Maybe Sammy. The team here will take honours hosting the World Class Cocktail Festival closing party, Spanish style. Tanqueray No. TEN & Tanqueray Sevilla cocktails will be a highlight of the night as the sounds of live Latin music will set the mood for the celebration as the week comes to a close.
When: Sunday, 4pm-12am / Where: 115 Harrington St, The Rocks

Bulletin Place x Belsazar Place
Ranked 39th in the World’s Best Bars, Bulletin Place will introduce Belsazar Place, a long-term installation at the foot of their popular CBD establishment that takes inspiration from Berlin’s much loved small bar culture. Taking over part of the laneway, Belsazar Place will highlight the German Vermouth through a carefully curated cocktail list while bringing familiar German flavours to the fore with its bar snack menu including pretzels and onion dip, house pickled caraway carrots, and smoked curry almonds.
When: Wednesday to Saturday, 5pm-late / Where: 10-14 Bulletin place, Sydney 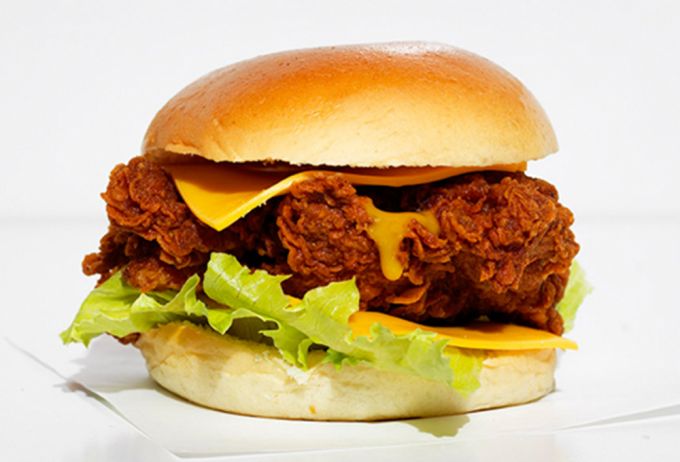 Cult burger brand Butter has teamed up with Luke Whearty from Byrdi (#80 World’s Best Bars) to create the limited edition ‘Dirty Byrdi’, a limited-edition Butter Fried Chicken (fat wash) CÎROC martini you’ll only be able to order throughout the festival.
When: Wednesday to Sunday, from 5pm / Where: Butter - 6 Hunt St, Surry Hills

Pamela’s x Don Julio Night Brunch
For an evening of entertainment that’ll take you into the wee hours, city nightspot Pamela’s is partnering with Don Julio for a special edition of their hugely popular weekend drag brunch series. ‘Night Brunch’ kicks off at 10pm and features performances from some of Sydney’s finest Queens of Drag. Grab a bacon sandwich and spicy Don Julio margarita and the night is yours.
When: Friday & Saturday, 10pm-2am / Where: Prince of York - 18 York St, Sydney 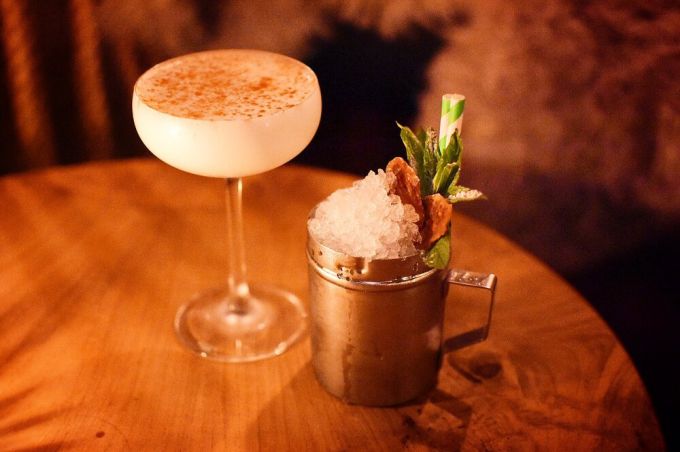 $15 cocktails will be available from selected locations nationally during the festival, from 28th April to 2nd May. Participating venues include: Apollo, Barber Shop, Cho Cho San, Dead Ringer, Door Knock, Icebergs Dining Room & Bar, RE, Tio’s and Wild Rover with more to be added daily. 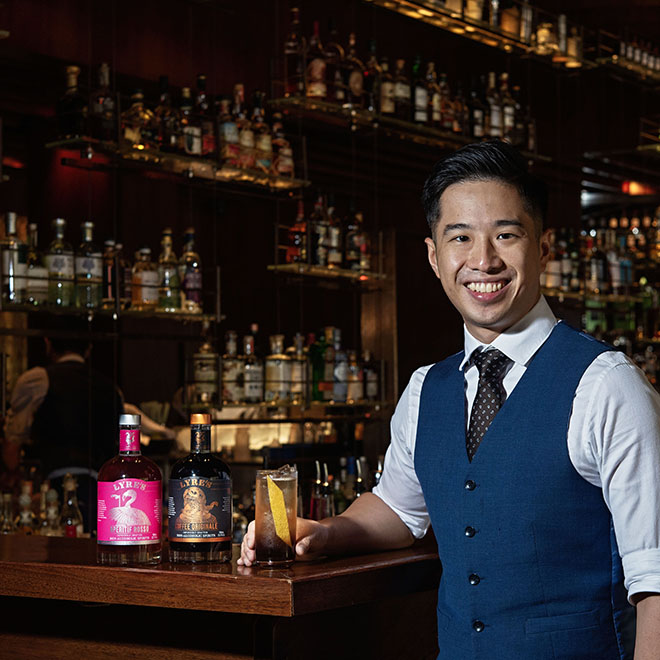 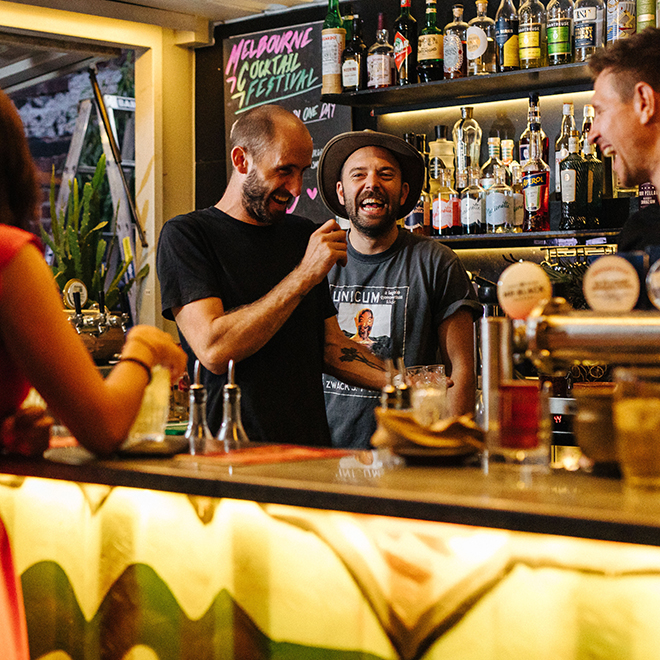 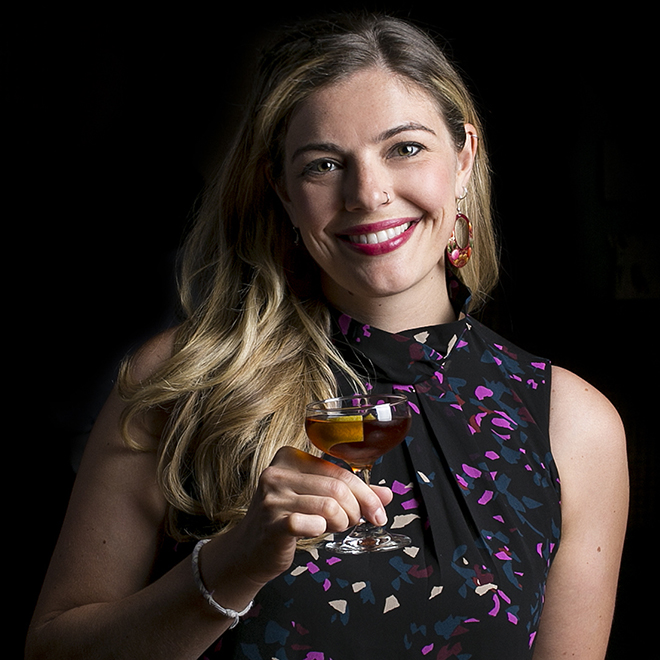 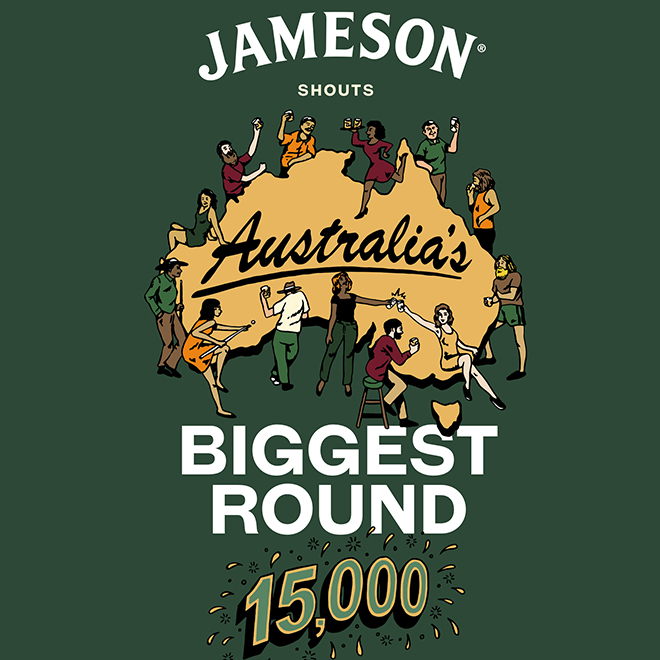 Jameson set to kick off Australia’s Biggest Round

This one’s on Jameson: After a huge 2019 debut, Jameson is kicking off the second instalment of Australia’s Biggest Round. But this isn’t your typical