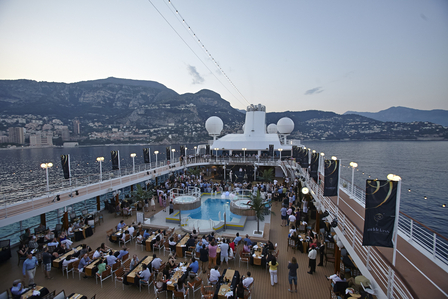 It's the biggest and arguably the most difficult bartending challenge in the modern drinks industry: welcome to the Diageo Reserve World Class 2013 Global Final.

Now in its fifth year and bigger than ever, with 44 national champions and a week's worth of challenges that test every aspect of a 21st-century bartender, this year's final fully took over the Azamara Journey, a 180-metre, 30,000 tonne cruise ship with a World Class complement of more than 500 and a crew of 400.

Leaving from Nice in the south of France on Thursday 4th July, over the course of six days the voyage took in Monte Carlo, St Tropez, Ibiza and Barcelona, with each new destination the location for challenges that would test every aspect of competitors' technical ability, endurance and personality. The challenges each articulated different aspects of the craft, creativity, pressures and passion of bartending. Even finalists' capacity to deal with late nights and early starts was a crucial aspect of their performance.

Having previously been held in London, Athens, Delhi and Rio de Janeiro, the scale of this year's Global Final was daunting, the logistics complicated and the timings crucial, particularly as the trip was being documented by up to eight TV crews at a time for a show to be shown in scores of countries. But even if the challenges sometimes ran long - and boy, they did! - the overall picture was impressive and awesome at every step, with an ever-changing and beautiful Mediterranean backdrop.

Each evening had its own surprise too, whether it was a glamorous pool-side party on deck, David Guetta DJ-ing at Ushuaia Ibiza, drinks at the ship's own Tanqueray No. TEN speakeasy hidden behind a shoe-cleaning facade, or late night dancing at the Mahiki pop-up on board. They were just a few of the different areas of the ship that had been dressed for brands, which also included a Don Julio bar, a Ron Zacapa solera mixing room and a Ketel One vodka bar on the top deck.

Running alongside each day's cocktail challenges were a series of seminars, talks, tastings and debates and there were even resident artists on board who articulated the story of Don Julio through their unique media.

World Class 2013 is over, and World Class 2014 will begin soon. How Diageo will top this year's at-sea spectacle remains to be seen but as it is expected to include even more countries than ever planning is already underway. 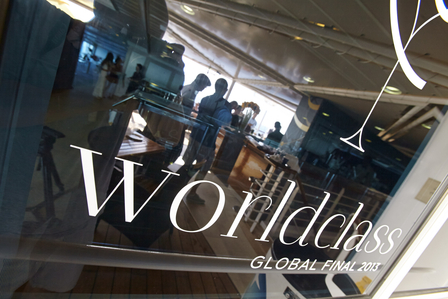 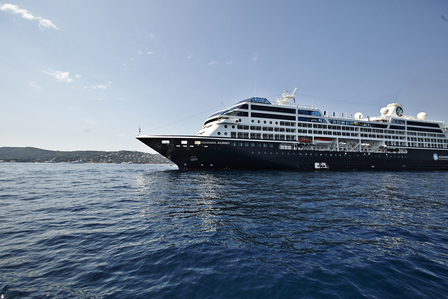 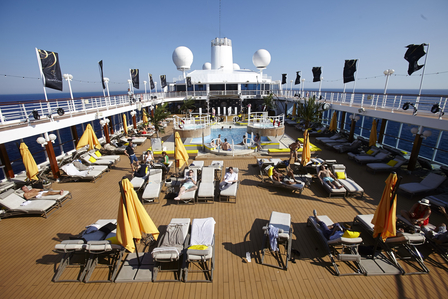