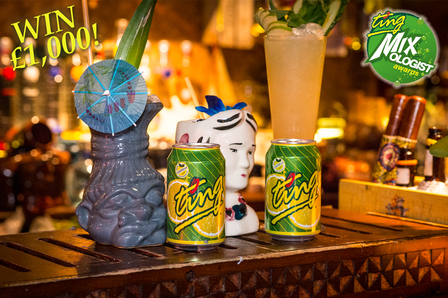 The ting Mixologist Awards are back for a second year...

The sparkling Caribbean grapefruit crush drink, ting, is calling out to professional bartenders and amateur cocktail lovers alike, across the UK and Ireland for refreshing and innovative cocktail recipes.

For all ting fans, this is a chance to get creative, have fun and imagine a drink that celebrates the sunshine lifestyle of the Caribbean.

Up for grabs is £1,000, and the chance to have your cocktail feature as the 'Cocktail of the Month' on the menu of world-famous London cocktail bar, Mahiki, during October this year.

There are no rules as far as spirits go, but you must use ting, and each recipe must be an original creation. So this is your chance to push the limits and get inventive.

Entering is easy, simply head over to Facebook Jamaicating then visit the 'Mixologist Awards' tab to complete the form and submit your original recipe, including a photo of your drink. Remember it has to have ting to be counted, apart from that it's up to you.

Judges, ting ambassador, Miss Jamaica Universe 2014, Kaci Fennell, Georgi Radev, Mahiki's renowned 'cocktail king' and Robyn Wilkie, last year's winner will select the 10 semi-finalists from all entries. The lucky 10 will have their recipe and photo of their drink go live on the ting Facebook page where the public will vote for their favourite cocktail.

Only five semi-finalists will make it through this round and on to the Grand Final at Mahiki in London on 29th September. After facing a challenging three rounds, including the presentation of their original ting cocktail, the winner will be crowned ting Mixologist Champion 2015.

So whether you're a professional bartender or an amateur enthusiastic mixologist this is a great chance to have some fun with ting. Be innovative, get experimental and enter by 31 August 2015 for your chance to win. 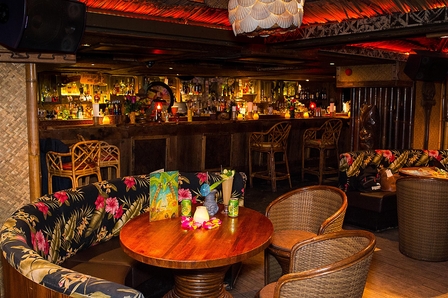