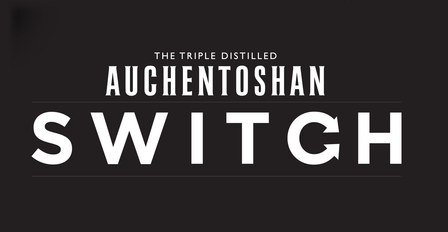 Auchentoshan, the Scotch whisky brand, have opened up its renowned annual Switch competition to 2014 entrants.

North America and Europe; two continents separated by the Atlantic which drive the cocktail world, inspire its trends and push the known boundaries of spirit experimentation. And the pinnacle of these two places has to be the cocktail kingdoms of London and New York City.

Now Auchentoshan has provided an opportunity for bartenders, one from North America, and one from Europe, to switch places and experience life on the other side of the pond.

For fourteen days the two lucky winners will effectively trade places, and see how it is to live and work in London or New York, bartending in one of the two cities' leading experiential cocktail bars. It's a holiday, an opportunity and a once in a lifetime experience. 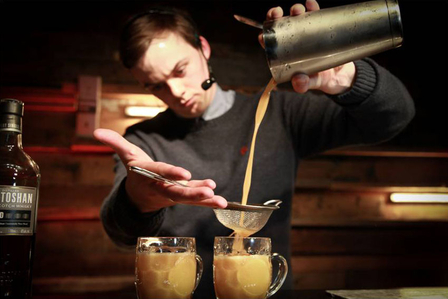 To enter, bartenders simply need to head online, to www.auchentoshanswitch.com and fill out the form, including the submission of a cocktail recipe using Auchentoshan Three Wood. The deadline for online entries closes on the 19th August 2014.

After all the submissions have been gathered the brand will be holding heats throughout America and Europe where competitors will have to demonstrate just how knowledgeable and competent they are. Auchentoshan has promised a "mixed bag round" for bartenders as well as the opportunity to present their drink, showcasing their passion for the Scotch and their ability to make great cocktails.

Emerging from the heats will be no mean feat, but successful contenders will head to the grand finals, held in London for the European entrants, while American hopefuls will travel to The Multnomah Whiskey Library in Portland.

As of yet the destination of the European winner is unannounced, but with previous host venues including the prestigious Apotheke and Dead Rabbit Grocery & Grog, the winner of 2014's Switch contest is promised the opportunity to work with world-leading mixologists. For the American winner, they'll be heading to Mr Fogg's in London's Mayfair, a quirky cocktail parlour filled with Victorian-era treasures and phenomenal drinks.

Don't miss the chance to experience another world of bartending with Auchentoshan's Switch competition.

... comment(s) for Auchentoshan - The Switch 2014 Competition