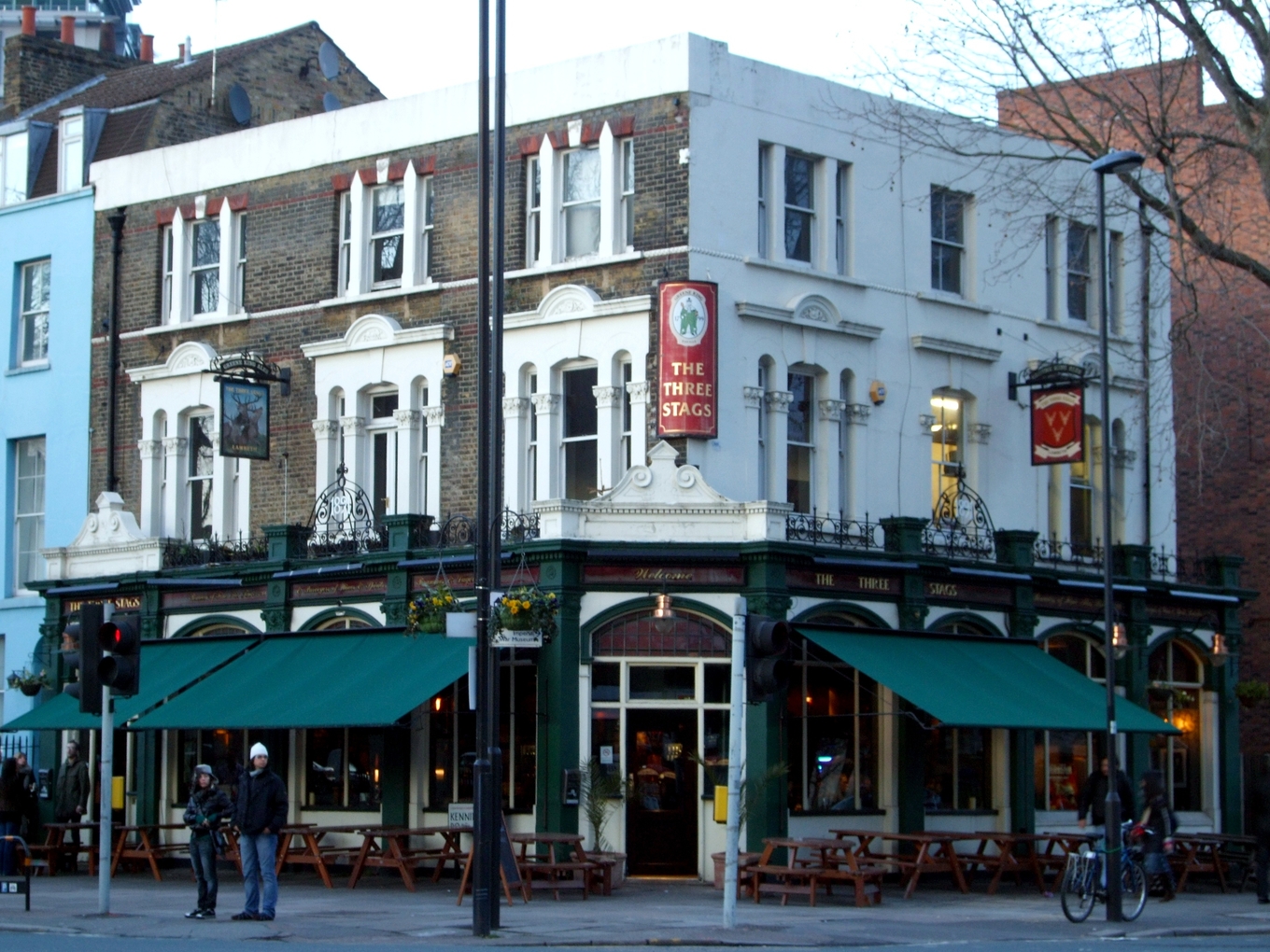 This large old Victorian boozer occupies a prominent corner on the busy junction opposite the Imperial War Museum. Its interior is dark with original stained glass and it serves a reasonable selection of casks ales, but neither the interior, nor its drinks selection are anywhere approaching special. It is for its ethically sourced food that The Three Stags has gained something of a reputation. However, "That chef" has since moved so past performance is not necessarily a guarantee of good food now.

Upstairs there's a further dining room and an open kitchen. It is here that pizzas are cooked in the wood-fired stone oven, alongside a modern-European food menu.

The Three Stags has also become known for a rather unimpressive glass panelled, one table snug in the corner nearest to the museum of the ground floor bar. Labelled "Chaplin's Corner", it owes its notoriety to the pub being mentioned in his Autobiography by Charlie Chaplin, the English silent move comic actor, as he recounts his boyhood years.

"The Three Stags in the Kennington Road was not a place my Father frequented, yet as I passed it one evening an urge prompted me to peek inside and there he was, sitting in the corner! I was about to leave, but his face lit up and he beckoned me to him. I was surprised at such a welcome, for he was never demonstrative. He looked very ill; his eyes were sunken, and his body had swollen to an enormous size. He rested one hand, Napoleon-like, in his waistcoat as if to ease his difficult breathing. That evening he was most solicitous, inquiring after Mother and Sydney, and before I left took me in his arms and for the first time kissed me. That was the last time I saw him alive."