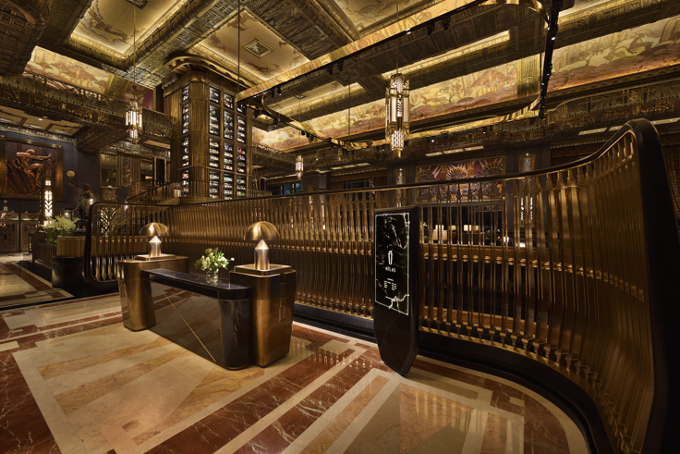 Epic art deco lobby bar with over 1100 gins in a three-storey back bar tower.

We’re familiar with hotels spending seven figures on a statement lobby bar to draw footfall and build press: but for an office building, even Singapore’s exxy ‘Gotham City’ edifice, the indulgence on display in Atlas broke new ground when it opened in early 2017 (in the space formerly occupied by Divine Society) . The towering art deco space, replete with brass and velvet, harks back to the Gilded Age. And what a bar it is.

Over 1100 separate gins, including 267 from Britain as well as offerings from Thailand, Peru, Colombia, Liechtenstein and Moldova, sparkle within a three-storey high gin tower. The menu offers vintage martinis with gins dating as far back as the 1910s, alongside flawless cocktails tailored to the Art Deco theme: every detail from garnishes to glassware is on point.

Atlas operates throughout the day, making it very approachable for a space this spectacular. In the kitchen, exec chef Daniele Sperindio (ex-Tippling Club) dishes out Asian-influenced modernist cuisine as Instagram-ready as it’s delicious.

In November 2018, New York City's Jesse Vida joined Atlas as Head Bartender. With over ten years of bartending and bar management, Jesse brings his experience from bars such as Booker + Dax, Dead Rabbit, and BlackTail. 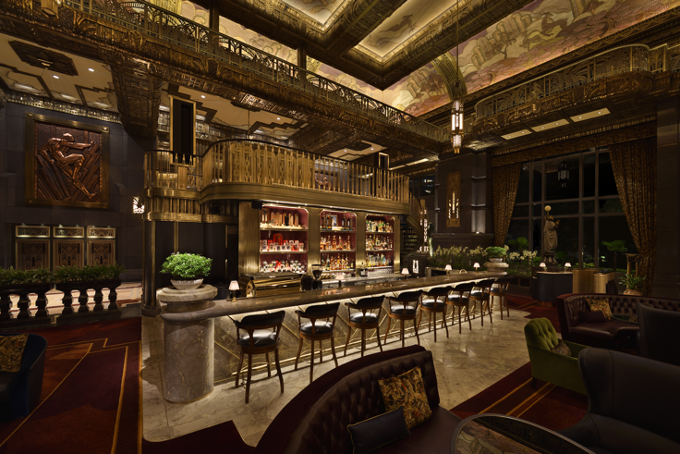 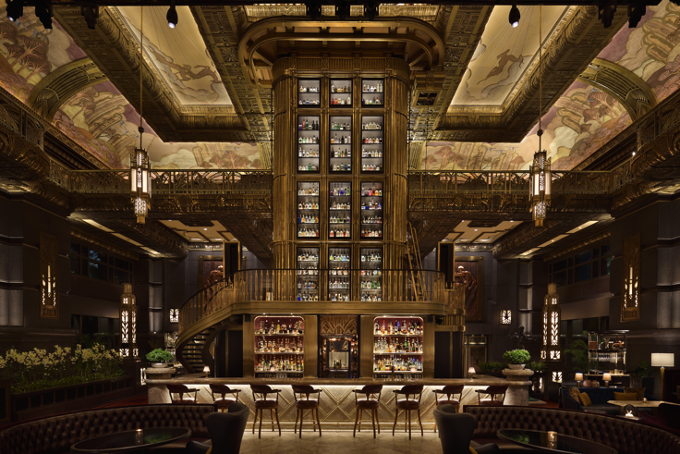