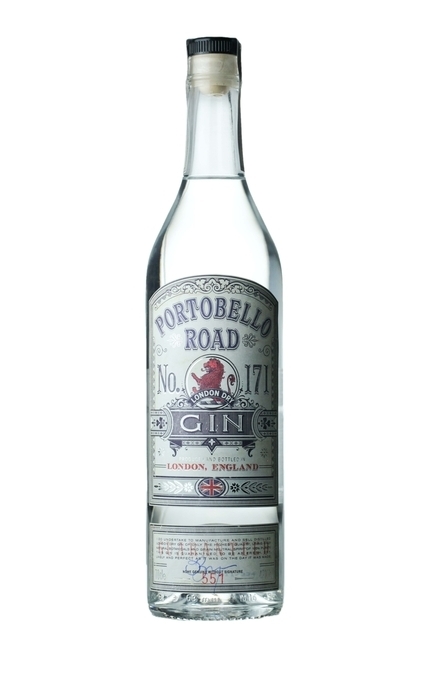 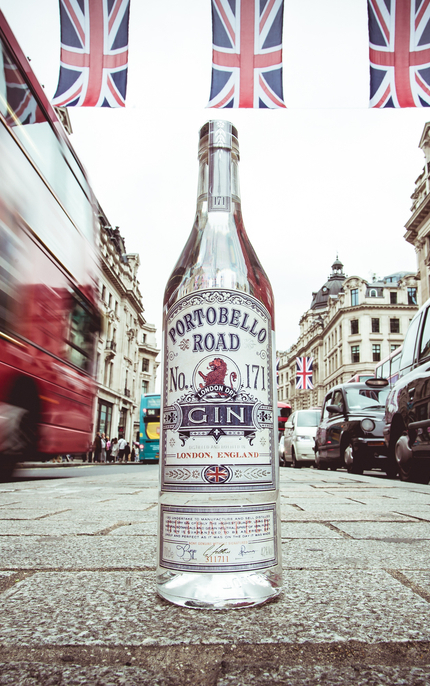 "Making gin started as a hobby, but it could become the tail that wags the dog." For Ged Feltham, owner of Leelex Group and the entrepreneur behind a fleet of bars in Leeds and London, becoming a drinks brand owner was never on the agenda.

But after 15 years of opening and running bars – helping drive a thirst for cocktails in Leeds with Oporto, Jake's Bar, Angel's Share, Neon Cactus and the just-launched Cielo Blanco, then returning to London to open the Portobello Star – his gamble has paid off and Portobello Road No. 171 Gin may prove to be his greatest success yet.

Ged had opened the Portobello Star in 2008, fronted by long-term collaborator Jake Burger, who moved down from Leeds for the job. And after a shaky start – opening on the day that Lehman Brothers imploded was not the most auspicious beginning – by 2010 the business was washing its face and Ged began to think about whether two underused floors above the bar could be put to better use.

After a chance tour of the Beefeater distillery in south London, combined with Jake's idea that they create a miniature gin museum in the space above the bar, Ged, 41, had an epiphany. "I came up with the idea of having our own tiny still on site, making our own single botanical distillates, and combining a gin museum with the chance for people to blend their own gins," he says. "The idea of creating a tourist attraction came before we even conceived of creating a gin."

Jake curated a museum – London's second smallest – acquiring a collection of late 1800s/early 1900s gins and discovering one of Jerry Thomas's business cards on eBay. And on the second floor a 30-litre Portuguese still named Copper-Nicus – the smallest licensed copper pot still in London – was installed alongside a school lab-style blending room. Like boys with toys, late night experiments saw Ged and Jake create single botanical distillates using everything from conventional gin botanicals through to hops, tropical fruit, Yorkshire Tea and even Worcestershire Sauce, then playing with blending the resulting liquids.

They were in essence doing the groundwork for what would become Portobello Road No. 171 Gin, which quickly took shape as they refined a classic gin recipe using juniper berries, lemon peel, bitter orange peel, coriander seeds, orris root, angelica, cassia bark and liquorice, with the unique addition of nutmeg to bring a warm, aromatic, sweet spice.

Ged realised this might have commercial possibilities, but admits he didn't yet regard it as a compelling business proposition. "I did all the costings and took the formula we'd developed to Charles Maxwell of Thames Distillers, but figured we could simply use it in-house at all our bars if it didn't take off commercially. Charles said to give him a couple of weeks, and came back with a scaled-up version of what we'd made in Copper-Nicus."

Thames delivered the first batch in September 2011 – Number #1 now has pride of place in the Ginstitute's museum, as it had been named – and Ged recalls his first visits to wholesalers to try and convince them to distribute the product. He was proud of the cork-sealed, cognac-style bottle, with its Victoriana-inspired label, each hand-labelled, signed and stamped, but well-aware he was just the latest in a line of new gin-makers.

"I could tell they were thinking 'not another gin', you could see it in their eyes – particularly because many new gins don't taste as good as they sound like they should, and because we didn't have any quirky botanicals and were so classic in style. But they'd reluctantly agree to take a couple cases. Then we got a lucky break with Selfridges, which took it straight away, and thedrinkshop.com too, and suddenly we were getting repeat orders."

Released just in time for Christmas 2011, buyers snapped up the first consignment of the gin, and Ged hasn't looked back. Fast forward to mid-2013 and Portobello Road No. 171 Gin is selling up to 700 cases per month, distributed in the UK – where it's also just been listed by high-end supermarket Waitrose – Norway, Sweden and Italy and soon to enter Spain, Australia and Singapore. And nearly 2,000 people have paid £100 each to participate in the Ginstitute's blending sessions, leaving with one bottle of Portobello Road No. 171 Gin – and one bottle of their own blend.

Next for the nascent brand are some small batch, limited edition gins made in Copper-Nicus, due out for Christmas 2013, while a makeover of the Portobello Star will see its gin list grow and the bar become more obviously linked with the Ginstitute upstairs.

"The success of the gin has taken us completely by surprise," says Ged. "We're still pinching ourselves. And there's no sign of the gin craze slowing down – there are a huge amount of vodka drinkers to convert and few people really have a clue about distillation, so there's plenty more room for growth for the Ginstitute and the gin itself."

Portobello Road No. 171 Gin was first conceived at No. 171 Portobello Road, Notting Hill, west London, but it is made at Thames Distillers in Clapham, south London. First, a botanical distillate is created, by combining the botanicals – juniper berries, lemon peel, bitter orange peel, coriander seeds, orris root, angelica, cassia bark, liquorice and nutmeg – with neutral alcohol and water and distilling the mixture in a small stainless steel pot still called Tom Thumb. (The still, built in March 1984, was the last to be made by John Dore & Co. in London before the company moved outside of the capital.) More neutral alcohol and water is then added to create a larger batch for bottling, which is also conducted at Thames Distillers.

Elegant and floral with junipery lavender and camphor. Generous use of orris root imparts its characteristic parma violet and clean hamster cage while citrus aromas are subdued.

Juniper is centre stage but not screaming, while citrus is way down the billing. As London gins go, Portobello is on the spicy side, but it's a 'warm interest adding', rather than a 'hot pepper' spice, with nutmeg and cinnamon (from cassia bark) with savoury celery-like notes (angelica root).