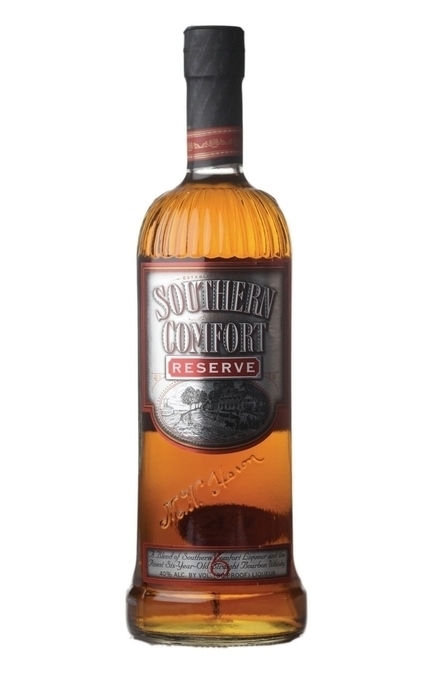 
Brown Forman may have stopped using whiskey as the base spirit in regular bottles of Southern Comfort, but Reserve is a premium Southern Comfort line extension which is based on, or at least contains some, six-year-old whiskey.
Legend has it that Southern Comfort was created by Martin Wilkes 'M.W' Heron (1850-1920), an Irish bartender and son of a boat builder, at McCauley's Tavern at the corner of Richard and St. Peter's Streets in the French Quarter of New Orleans. A quick glance at the map of New Orleans show that these two streets do not intersect in the French Quarter but do meet in the industrial area close to St Thomas Development Neighbourhood in the Lower Garden District. So this would appear the more likely location of McCauley's Tavern.

Just enough sugar to tame the spirit without being overly sweet. Much rounder and more complex than regular Southern Comfort - fruity notes sit well with the strength and flavour of the whiskey but are more reminiscent of boiled sweet fruit flavours than fresh fruit. Think 'peach' rather than 'pear' drop-flavoured bourbon.