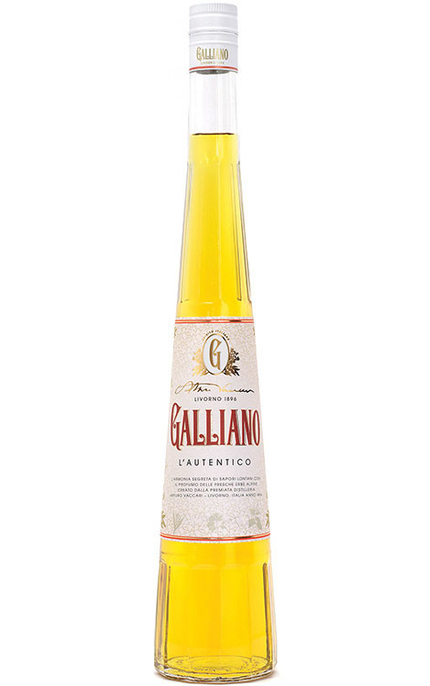 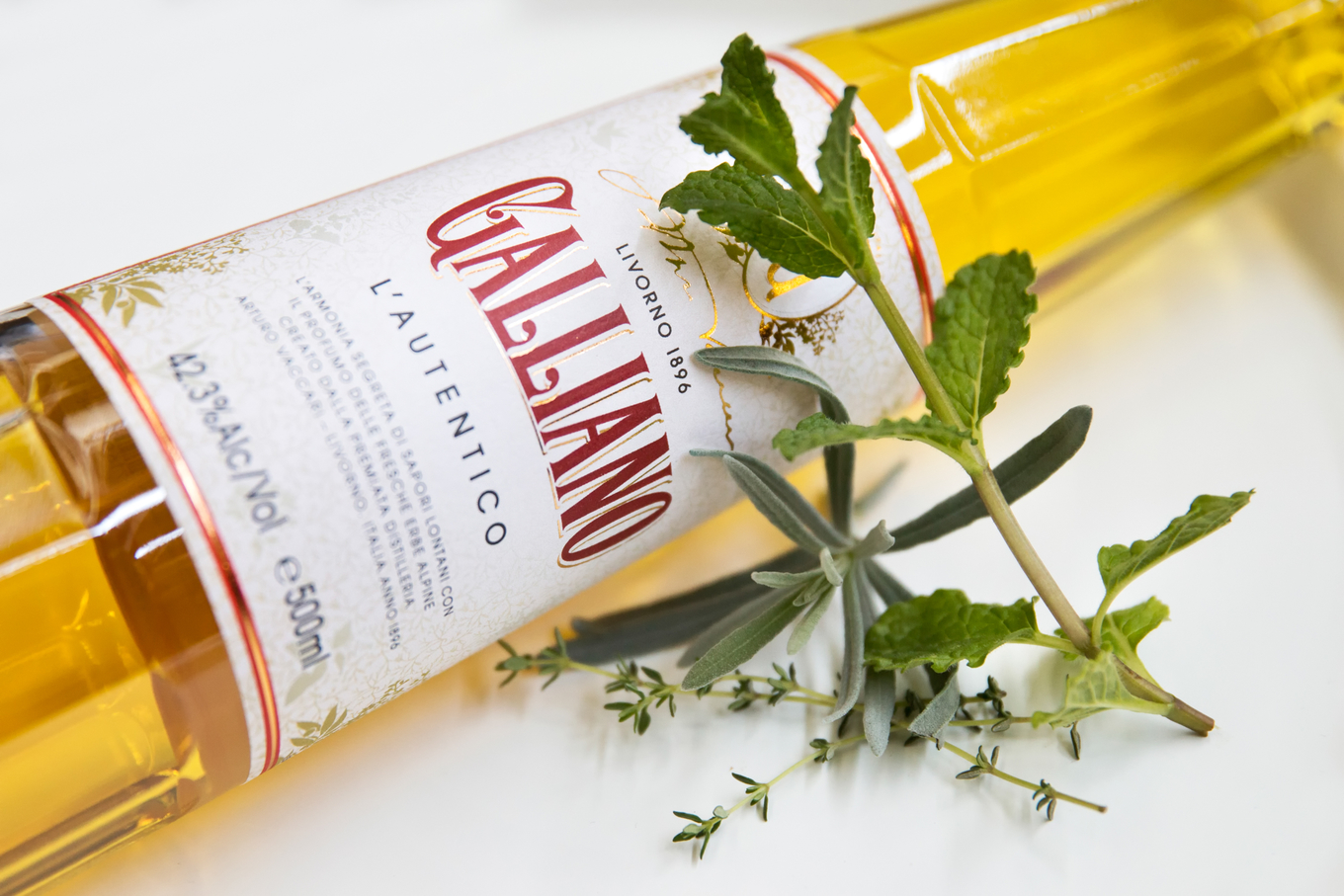 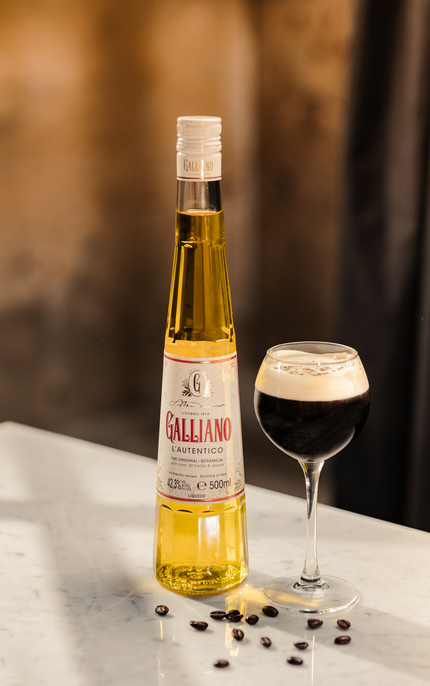 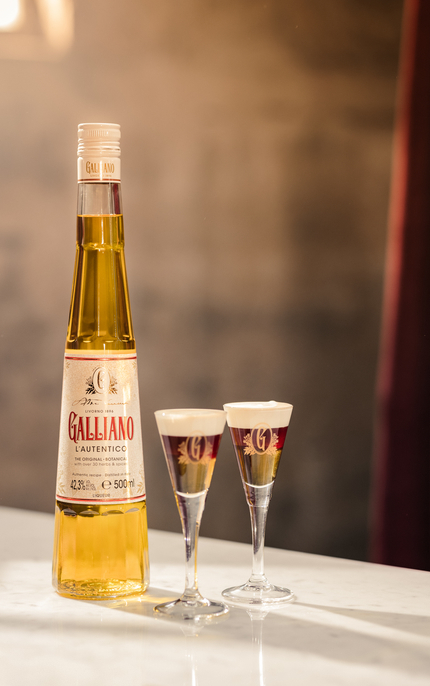 Galliano is a vibrant, golden, vanilla-flavoured liqueur from Italy, easily recognised by its tall, fluted bottle, inspired by Roman columns. Galliano was invented in 1896 by Arturo Vaccari, a distiller from Livorno in Tuscany, and is flavoured with more than 25 botanicals.

One of the great classic liqueurs, Galliano is a requisite in all good bars but what is its history, who makes it, what is it made from?

Some men are described as being heroic, but Maggiore Galliano was truly an Italian legend at the end of the 19th century. Born 1846, in Vicoforte Mondovì in Italy's Piedmont region, he enrolled at the military college in Asti at the tender age of 12 with a brilliant military career ahead of him. In 1887, Maggiore Galliano volunteered to fight in Africa where he led the 3rd Battalion in the Italian 1887-1896 campaign in Abyssinia (today known as Ethiopia).

Galliano became a hero after holding the Fort of Enda Jesus near the ancient city of Makallè against the Abyssinian army, facing bewildering odds (outnumbered some 36 to 1 against 80,000 adversaries) for 44 days until receiving orders on 20 January 1896 to abandon the fort. It was an incredible feat and he received an immediate promotion to Lieutenant Colonel and was subsequently recognised with a silver medal by the King of Italy.

Soon after the victory Galliano received instructions to join the battle of Adua where yet again Italian troops were badly outnumbered by the Abyssinians. After a bitter struggle, the Italians were defeated leaving 11,133 of their number dead, including Maggiore Galliano, although his body was never recovered - leading to many myths. His gallantry lead to him being honoured as a war hero whose exploits were celebrated with his handsome image printed on figurines, plates and other memorabilia.

Around the same time, Signor Vaccari was a successful importer and distributor of wines and spirits in the Tuscan port of Livorno on Italy's western coast, but it is his ambitious son who shrewdly recognised the market potential for a liqueur named after the war hero. Arturo Vaccari had recently started his own liqueur and distilling company, aptly named Distilleria Arturo Vaccari, also based in Livorno but independent from that of his father. He made traditional Italian liqueurs such as Sambuca which his father and others distributed but he wanted to create a signature liqueur of his own, a liqueur of which he could be proud and whose name would be instantly recognisable. It was not until he was aged 42 that he succeeded. His creation, Galliano Liqueur, would go on to be one of the biggest liqueur brands in Italy and the top-selling liqueur in America during the 1970s.

Galliano was not only the inspiration for the name of Vaccari's liqueur but also, it is said, the ingredients. Popular legend has it that the major always carried a homemade liqueur from Italy on his campaigns and that Vaccari based his new liqueur upon that recipe obtained from Galliano himself. Vaccari launched the liqueur in 1896 with a label depicting Fort Enda.

At the time the Californian Gold Rush was at its height and hundreds of thousands of men underwent the then arduous Atlantic crossing by sailing ship and trekked across America for months in bone-shaking wagons in search of their fortune. To this day California is known as the golden state and it was with great marketing nous that Vaccari decided to make his new liqueur golden in colour.

To make his liqueur, Vaccari turned to Fratelli Maraschi SPA, a company established in 1888 in Torino, the area of Italy famous for making prosecco, vermouth and aromatic wines. Today, after incorporating several other specialist liqueur and flavour houses, Fratelli Maraschi is known as Maraschi & Quirici and is now based in a modern factory just outside of Torino. Since Vaccari launched Galliano all those years ago, the liqueur brand has had many owners but well over a century later it is Maraschi & Quirici who continue to be its elaborators.

Although the making of Galliano has long been in the safe hands of Maraschi & Quirici, sadly over the years various brand owners have detrimentally influenced its recipe attempting to modify the liqueur to make the brand more profitable, firstly in 1928 when Maraschi were asked to add green anise and vanilla beans. Then the strength was lowered to 35% in the 1970s and again in the 1990s when it dropped to 30% and large quantities of vanilla flavouring was added (in place of natural vanilla).

Galliano enjoyed something of a heyday in the 1970s but sales declined from the 1980s onwards until the then newly independent company of Lucas Bols in Amsterdam purchased the brand in 2006 from the French Remy Cointreau group and worked with Maraschi & Quirici to once again produce Galliano according to its original recipe. The addition of the word 'L'Autentico' to the brand's name reflects this recent reversion to the original recipe and strength. It also helps distinguish this original liqueur from the other Galliano branded liqueurs which are now produced, including the vanilla version.

Galliano L'Autentico is elaborated by Maraschi & Quirici in Chieri, a small town high in the foothills of the Italian Alps. This location is important, not only due to it being where Vaccari first made his liqueur, but because this is where so many of the herbs and spices used in the liqueur grow. It is no coincidence that on the mountain road from Milan to Livorno you drive through Asti and past towns synonymous with vermouth production such as Cinzano.

Galliano is a complex liqueur flavoured with herbs, spices and essential oils using multiple macerations and distillations. It is blended from nine component parts, several being highly complex in themselves.

What Maraschi & Quirici refer to as 'Alcoholat No.1' - is made by macerating 25 herbs for 48 hours in a beet-neutral alcohol and water solution (at approximately 60% al./vol.). This is pressed and then distilled in one of two small (less than 100 litre) traditional copper pot stills that are reserved for the production of Galliano. Like in a traditional gin, the flavour not only comes from the selection of botanicals but also how these botanicals interact with each other during distillation.

Although the full list of 25 ingredients remains a closely guarded secret, the following are known to be used and are said to be most important:

Bulgarian Coriander (Coriandrum Sativum) – The leaves and seeds of this herb are rich in volatile oils but it is mainly the seeds that are used in 'Alcoholat No.1'. They add a spicy and slightly bitter note to Galliano L'Autentico.

Yarrow/musk herb (Achillea Moscata) – The aromatic leaves of this Italian herb are frequently used against rheumatism and hypertension.
Yarrow adds astringent bitter notes to 'Alcoholat No.1'. It is also used in 'Alcoholat No.4'.

Sri Lankan Cinnamon (Cinnamomum Zeylanicum) - A warming herb that stimulates peripheral circulation. The inner bark and leaves are used in 'Alcoholat No.1' to add a warm touch of spice.

Mugwort/ Sagebrush Genepy (Artemisia Spicata & Artemisia Glacialis) - This wild alpine herb is commonly used in vermouth production and is hand-picked at heights over 1,500 meters in the Italian Alps. It is very aromatic and is traditionally used as an antiseptic herb. Only the leaves are used in Galliano for their bitter and aromatic flavours.

Italian Oris (Iris Florentina) – The rhizome of this plant has long been used as a diuretic and for its expectorant qualities. In Galliano the herb helps marry and enhance fruit flavours.

Garden Balsam (Impatiens balsamina) - All parts of the plant, including the fruit, exhibit a bitter taste. The flowers, and their alcoholic extract, have an antibiotic effect against some pathogenic fungi and bacteria.

Virginian Snakeroot (Aristolochia serpentaria) – This spice's common name comes from its use by Native Americans to cure rattlesnake bites. Its Greek name literally means 'best' (aristos) 'delivery' (lochia) from its ancient use in child delivery. When bruised the dried root has bitter and aromatic taste, which have been compared to camphor, valerian and turpentine combined.

Ginger (the rhizome of the plant Zingiber officinale) – Ginger adds a warm, sweet and pungent bouquet to Galliano.

Peppermint (Mentha piperita) - Native to Europe and widely cultivated throughout North America. The leaves are used medicinally to soothe an upset stomach or to aid digestion.

The various macerations of herbs and spices used by Maraschi & Quirici to make 'Alcoholat No.1', 'No.2', 'No.3' and 'No.4' tend to be made using a solution of neutral alcohol and water at 60% alc./vol.. Known as a hydro-alcoholic maceration, this is the best way to extract key components of herbs and spices and alcohol tends extract aromatic notes while water generally extracts bitter notes. These macerations last between 24 and 48 hours and specific herbs will be left to macerate in neutral alcohol for a period before the water is added.

Reminiscent of Tic-Tac peppermint sweets with hints of anise, juniper and delicate vanilla.

Anise and peppermint come to the fore. Explodes with fresh herbs, cinnamon, ginger, nutmeg and citrus.

At 42.3% alc./vol. this is a serious liqueur that packs a punch both in terms of its alcohol strength and intense flavours.