Nanotech was envisioned on this day 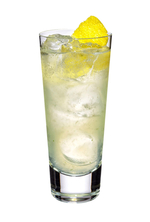 Nanotechnology, the science of manipulating incredibly tiny things – like atoms and molecules – is truly awe-inspiring. Scientists have made films by positioning individual atoms and physicists have won a Nobel Prize for their work on sheets of carbon so thin they're basically two-dimensional.

This amazing concept was first outlined this day in 1959, when physics genius Richard Feynman explained to a rapt audience how the Encyclopedia Britannica really could be written on the head of a pin. If you like the idea of a future where molecule-sized robots race through our bloodstreams curing everything from hangovers to cancer, this is one idea worth celebrating, and the Gin Atomic strikes a suitably atom-scaled note.

It's also the anniversary of the Battle Of Wounded Knee

The last battle between the Red Indians and U.S. troops was back in 1890 on 29th December.

The conflict in South Dakota was more of a massacre than a battle - it was lightningly quick, and the majority of Chief Big Foot's 350-strong Sioux Indians army were massacred by the 7th Cavalry.

It's a slightly tenuous link to commemorate this tragic event with an Algonquin (because they were a different Red Indian tribe, and weren't involved in Wounded Knee!) but why not mix an Algonquin anyway (because it's a great drink), and commemorate the Native American legacy at large.

It's also the anniversary of the Sydney-Hobart Race disaster

The Sydney to Hobart Race, a Boxing Day tradition, is considered one of the toughest races in yachting, a sport once memorably compared to standing under a cold shower while burning ten-pound notes.

But on this day in 1998, the race known as "Hell on High Water" took a radical turn for the worse, with conditions some competitors compared to a hurricane. Waves reached up to 20 meters high; winds reached as much as 150 kph; more than half the competitors turned for home.

Of those who didn't, six brave men would die, and two bodies would never be recovered. Five boats sank; 55 sailors had to be rescued from their yachts, mainly by helicopter; and the coroner criticised the organisers for continuing to hold the race in such conditions.

In honour of people who had so much passion for their sport, and so much desire to win, that they headed into seas that would kill them, and in honour of those competing in the same race today, we're drinking a Royal Bermuda Yacht Daiquiri.

On this day in 1975 the Equal Pay Act came into force in the UK, making it illegal to pay a woman less than a man for doing the same job, or give her fewer benefits.

All these decades later, men still earn more than women, but we are getting closer to equality so worthy of some celebration, perhaps with a Lazy Man Flip.

... comment(s) for Nanotech was envisioned on this day