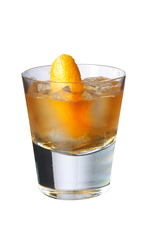 Perhaps not a celebration for vegetarians, vegans, Jews and Muslims, but for the rest of us, this is a day to enjoy everything from bacon butties to bacon-flavoured toothpaste.

As far as the folk at our local caff are concerned, bacon is an important part of each and every day and something celebrated with a full English breakfast. So start your day with a fry-up before moving onto more liquid bacon delights such as Benton's Old-fashioned or even a bacon garnished Mantini.

Every 30th December, men and women across the Philippines celebrate Rizal Day in honour of their national hero, José Rizal. Executed by Spanish troops on the penultimate day of 1896 at the age of only 35, Rizal was a polymath: an artist, poet, writer, fencer and more.

He studied medicine, specialising in ophthalmology so he could cure his mother's incipient blindness, started a school, invented brick-making machines, and campaigned for Filipino nationhood, freedom and education. The last poem he wrote before his death, My Last Farewell, was read by Indonesian soldiers going into battle for their freedom five decades later. While Filipinos fly their flags at half-mast today, we're toasting José's legacy with an aptly named Jose Collins.

It's also the anniversary of Rasputin's death

Rasputin was renowned for many things - he was the opium-crazed "Mad Monk" who had a huge influence over the Russian Emperor Nicolas II and his wife. Amongst many other alarming claims, he was known for being extraordinarily well-endowed and sleeping around in royal circles.

Rasputinís death was just as mysterious as the man himself. He was repeatedly shot, poisoned, rolled in a carpet and thrown into an icy river... but when his body was found, it appeared that he had still tried to claw himself out from under the ice. It seems only appropriate that we should mix a Nutty Russian, and toast the life of an undoubted legend.

The day when British Burned Buffalo

Today, Buffalo, New York, is the second biggest city in New York State, and a popular jump-off point for Niagara Falls. On this day in 1813, however, British troops reduced it to a smouldering ruin.

The US had been at war with Britain for over a year at this point, largely because they wanted parts of Canada, but also because the British, still pissed off with American Independence, had been backing Native American tribes in their wars against the settlers.

On 10th December, US forces burned a Canadian town to the ground, sparking protests from settlers who recognised that this opened the doors for the British to retaliate in kind. Within three weeks, retaliation hit Buffalo.

2,000 American militia had been brought in to defend the town, but, faced with the prospect of night battle against Native American warriors and battle-hardened, professional British soldiers, many of them, quite understandably, ran.

As so often in colonial wars, neither the U.S. nor Britain came out of this one looking good. So, in honour of the Native Americans who died as tools of colonial ambition, and the buffalo that once roamed near Buffalo, we're drinking a Frisky Bison.