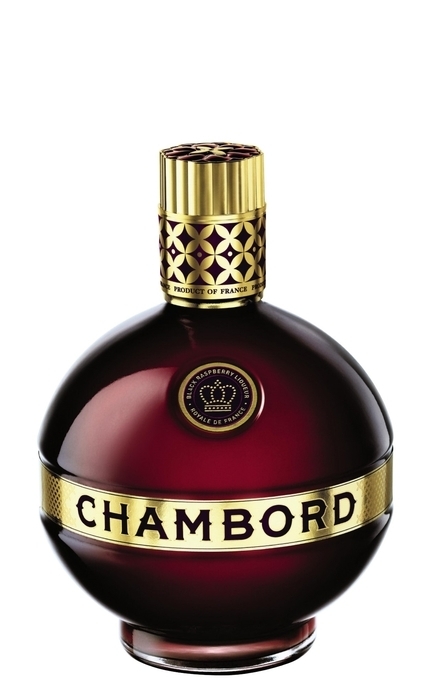 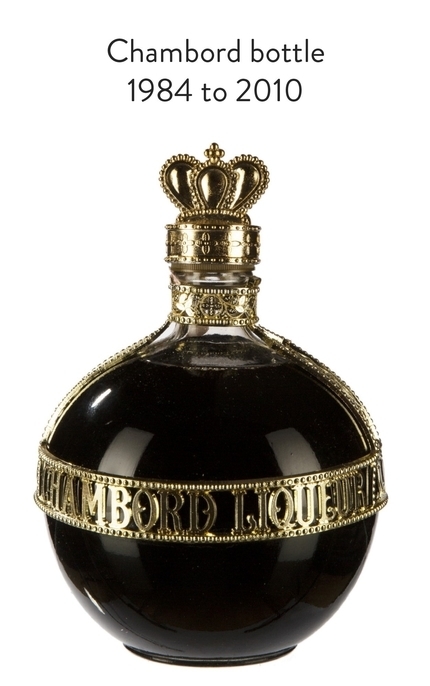 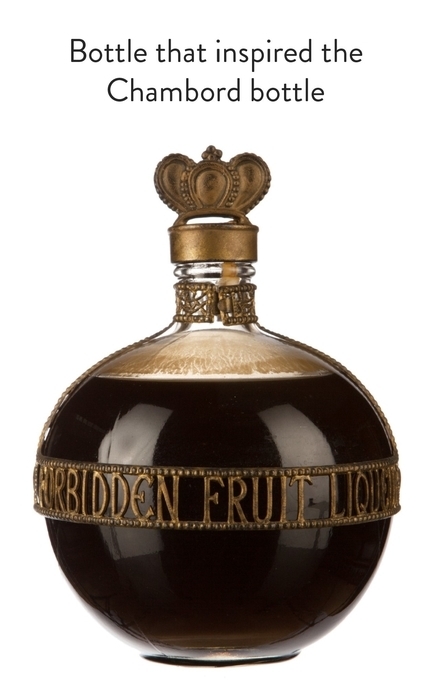 Chambord is described as being a "black raspberry liqueur" and is an infusion of raspberries and blackberries in neutral spirit with Madagascar vanilla, Moroccan citrus peel, honey and cognac.

Chambord is made at La Sistiere Chateau in France's picturesque Loire Valley and takes its name from nearby Château Chambord.

The construction of Château Chambord, a splendid royal palace, was originally started by King Francis I in 1519 when he was just 25-years-old. Originally planned as a hunting lodge, this ambitious young king started the construction of an extravagant château with 426 rooms, 282 fireplaces and some 77 staircases. He never saw the project completed and it took his son, Henry II and then Louis XIV, both also keen huntsmen to finish this most palatial of hunting lodges.

The famous double spiral staircase at Château Chambord is worthy of a visit in itself. This links the château's three floors and comprises two concentric spiral flights of stairs that wind independently around a hollow central column: if two people each take one flight they can see each other through the openings in the central column – but they will never meet.

The liqueur is said to have been introduced to King Louis XIV during one of his visits to Château Chambord during the late 17th century. This was a blackberry and raspberry liqueur, sweetened with sugar and honey and flavoured with exotic spices. At the time, only nobility could afford such a luxurious liqueur, with exotic spices then literally worth their weight in gold.

Centuries later, in the late 1980s, an American, Norton J. Cooper came across a modern version of the liqueur while in France. Better known as 'Sky', Norton is the son of Maurice Cooper who made his fortune during Prohibition through a contract to supply the U.S. military with de-alcoholised beer. Legend has it that Maurice was brewing and selling standard beer, merely labelled as alcohol 'free' beer, and unsurprisingly his beer sold well. Correctly predicting that Prohibition would soon be repealed, Maurice bought a Philadelphia distillery and liqueur producer called Charles Jacquin et Cie which had been crippled during the years
of temperance.

Post-Prohibition, Maurice developed many new products, as well as recreating the numerous old recipes he had acquired with the distillery. One such product was a liqueur called Forbidden Fruit, which Maurice packaged in a particularly distinctive, orb-shaped bottle.

Charles Jacquin et Cie prospered and was further developed by Sky, who had inherited his father's business acumen. So when Sky came across 'Chambord' liqueur he saw an opportunity and purchased the brand and its recipe. He then used the orb-shaped bottle which had, up to then, held Forbidden Fruit, for his newly acquired Chambord liqueur and launched the product we recognise today in 1981, giving it the full name, 'Chambord Liqueur Royale de France'.

From 1984 to 2010, Chambord's orb bottle had a gold-coloured plastic cage that surrounded the bottle like an upturned chastity belt (see pics at top of page). Amongst the bartending community, this was infamous for coming loose, so when opening a new bottle it was common for bartenders to simply rip off and dispose of this belt-like cage leaving the bottle naked and lacking a huge part of its branding. Hence, when Brown-Forman acquired the brand from the Cooper family for $255 million in 2006, one of the first things they did was to redesign the bottle, making it altogether less orb-like by removing both this gold gage and the crown that used to sit atop the screwcap.

Clear, dark burgundy red. (If your sample has the merest hint of orange/brown then your bottle has been open too long and your liqueur is oxidized. Buy a replacement and use it more frequently.)

More rounded and not as upfront tart fruit as a typical crème de cassis, framboise or mûre, when compared the effect of the addition of vanilla and honey flavours are obvious. Chambord also has a distinctive chocolate truffle taste.