The Cognac region is divided into six sub-regions (or cru) with Borderies situated in the epicentre, surrounded by the other five sub-regions (crus): Grande Champagne, Petite Champagne, Fins Bois, Bons Bois, and Bois à Terroirs. Each of these cru impart their own characteristics (which the French refer to as “specificity”) on the grapes grown in the respective areas due to subtle but influential differences in soil, micro-climate and situation.

Cognac mythology, brand marketing departments, and indeed land prices, point to the best cru being those located at the centre of the region, particularly Grande Champagne and Petite Champagne, with Borderies widely regarded for the nutty and floral aromas it tends to impart in Cognacs. Fins Bois is also well regarded and important in blending but wines from the two outermost crus, Bons Bois and Bois à Terroirs, tend not to be used at all by the larger houses. These outlying crus are comparatively sparsely covered in vineyards and those vineyards that remain are mainly used by small family Cognac houses, or for the production of Pineau des Charentes.

Camus take a different approach to the sourcing of their wines, recognising that even vineyards in the same cru may be some distance apart so some vineyards will be much better than others. The best vineyards in Bons Bois may be better than some vineyards in Grande Champagne. They also seek diversity of styles to give a broader selection for blending with some interesting and characterful wines coming from vineyards in less regarded crus.

Camus celebrate the diversity in character of different cru, particularly with their single cru Cognacs from Borderies and Ile de Ré, an island in the most westerly part of the Cognac appellation.

But it is the use of Borderies that particularly sets Camus apart. Borderies is highly regarded and also a very small cru, representing only around 5% of the total Cognac region (some 3,500 hectares) so supplies are very limited. Recognising this and the importance of Borderies to their style of Cognac, over generations the Camus family has built their holdings to become the largest vineyard owners in Borderies with 188 hectares (464 acres). Camus’ total estate comprises an impressive 280 hectares (691 acres) (not all vineyards).

Set deep in the heart of the Borderies Cru and built in a magnificent Charente style, La Gîte is the main domain of the Camus family. This estate was bought by Jean-Paul Camus in 1991. Château du Plessis, also in Borderies, is the Camus family home and where they host guests. The foundations of this castle date back to the sixteenth century. 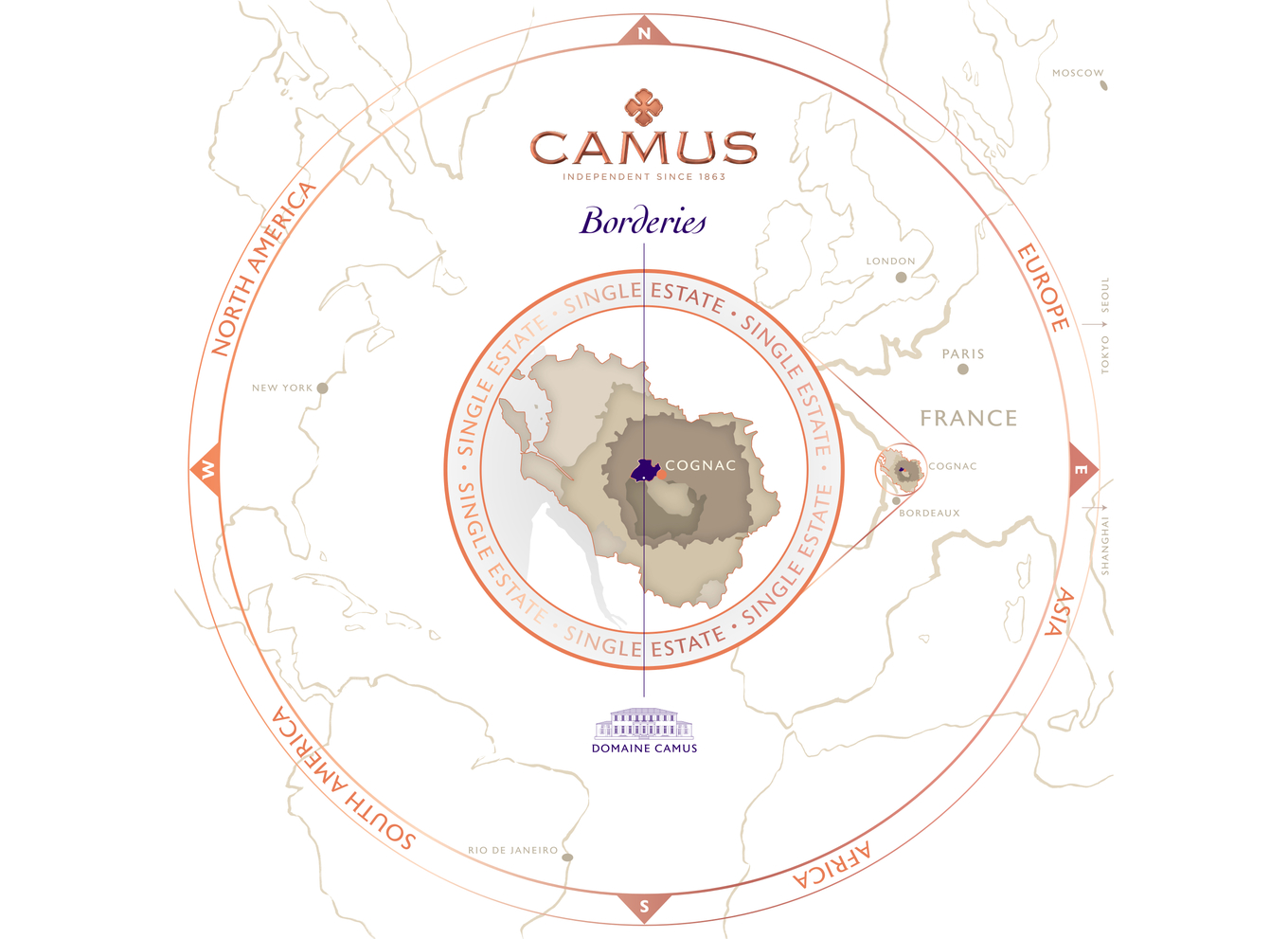 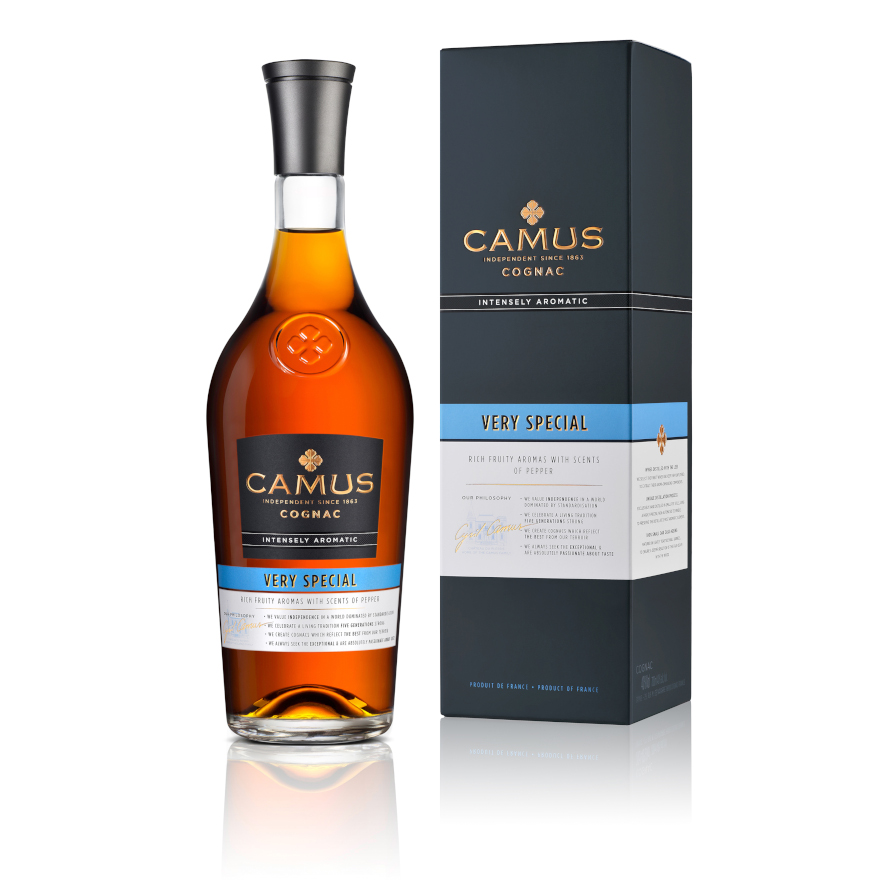 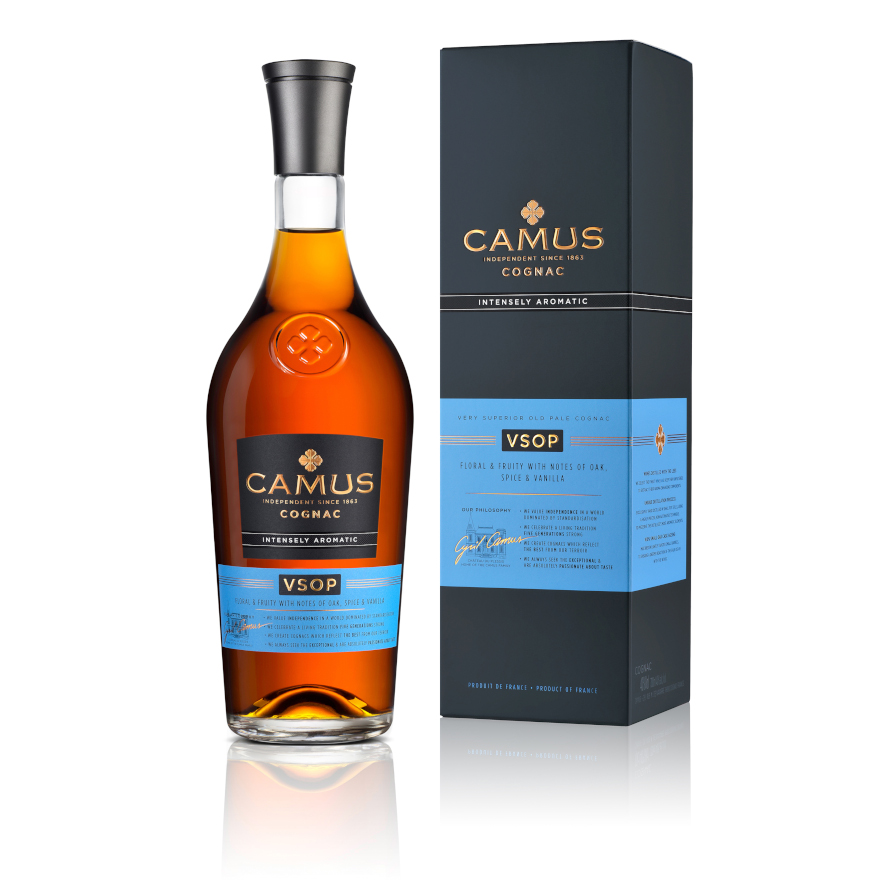 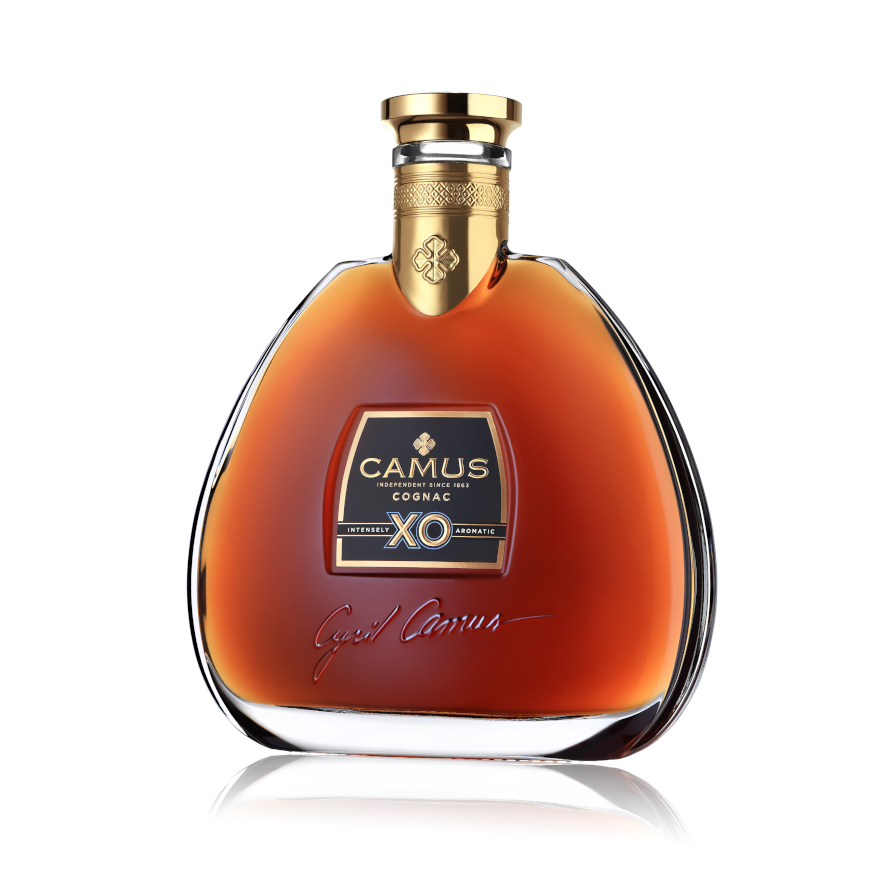 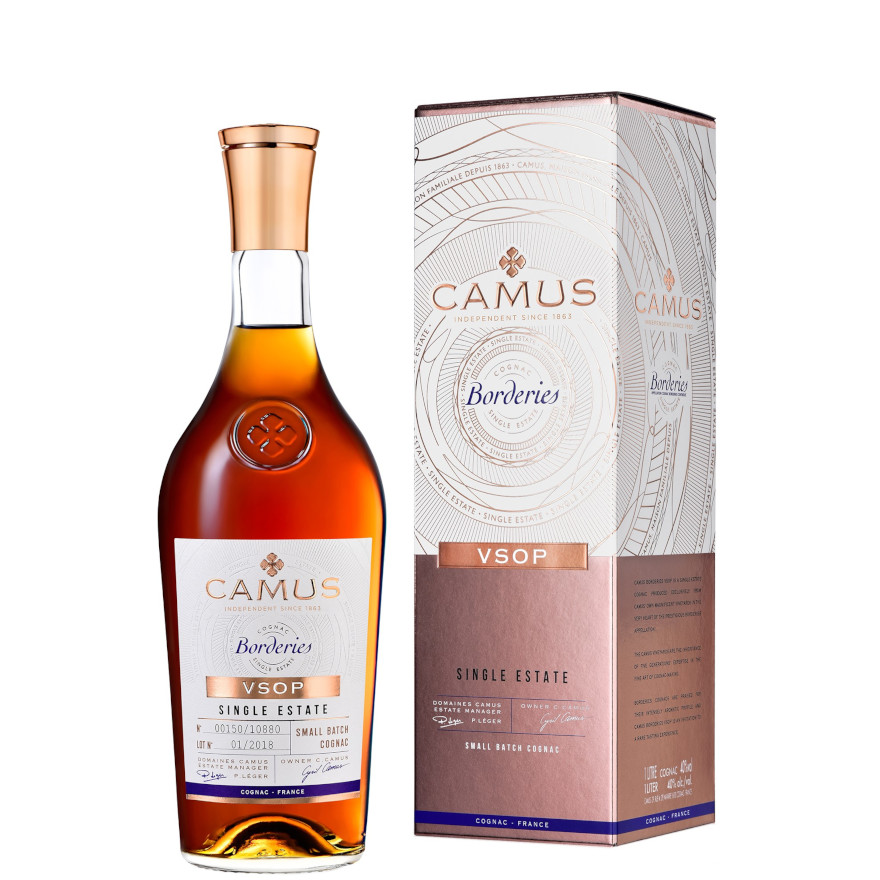 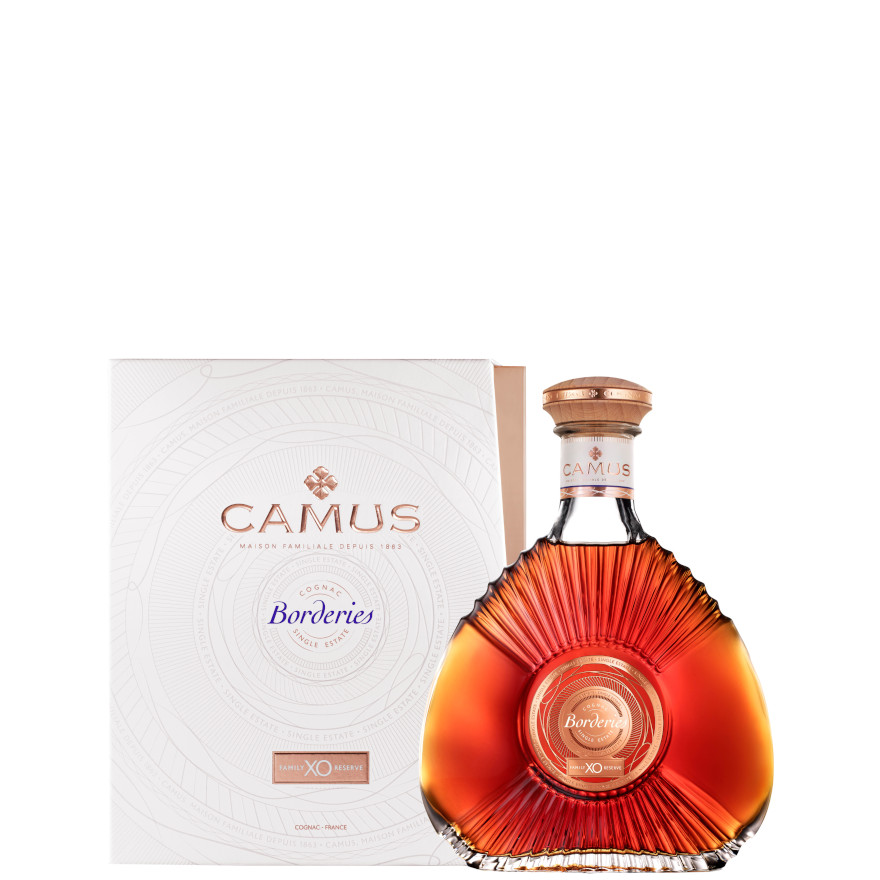 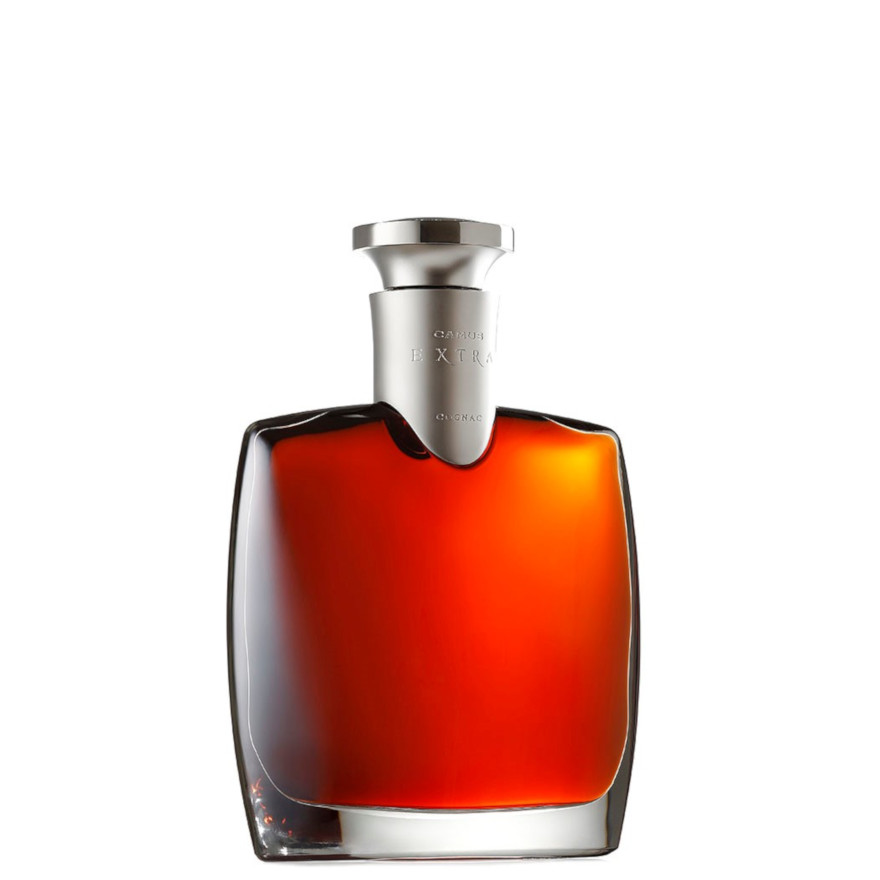 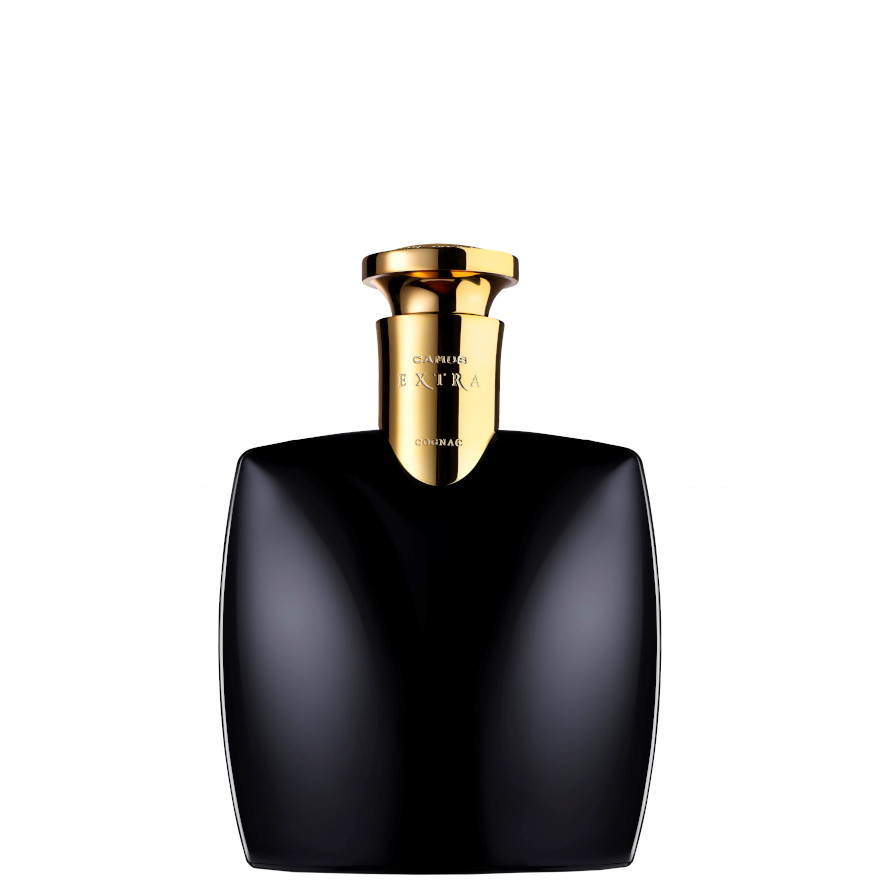 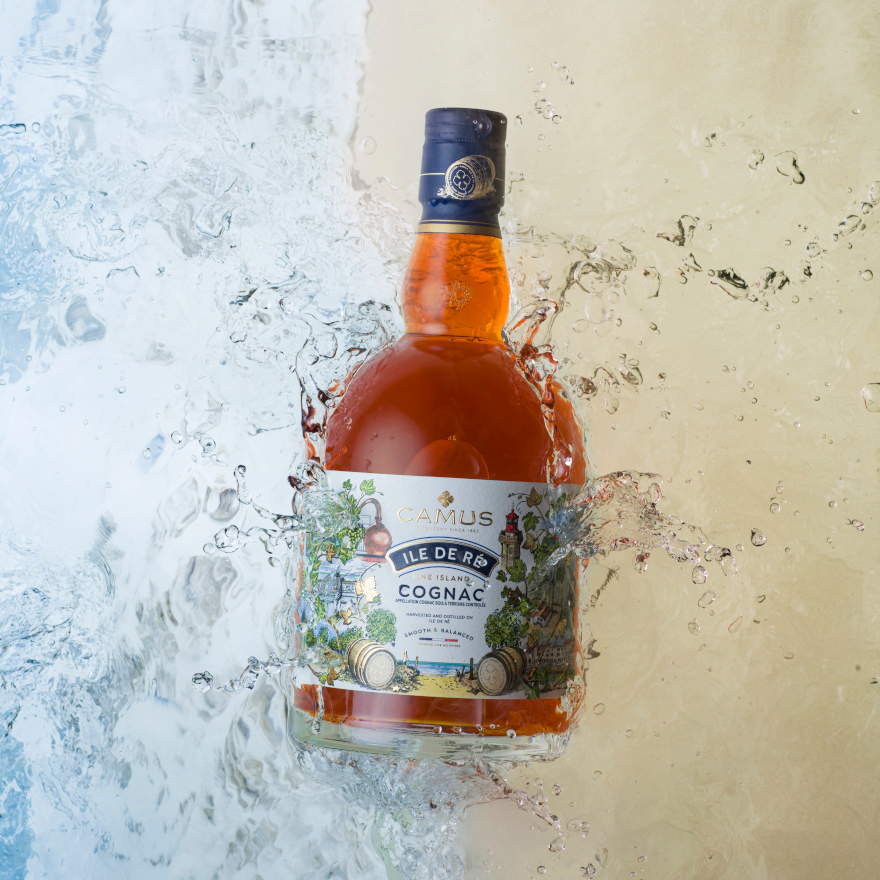 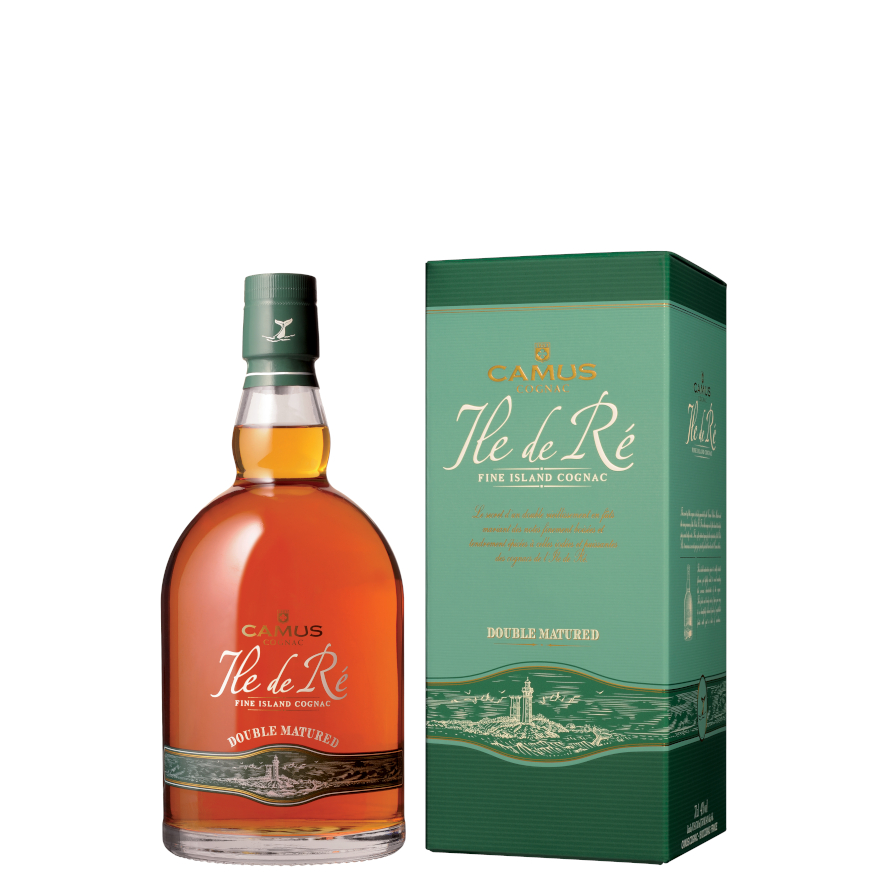