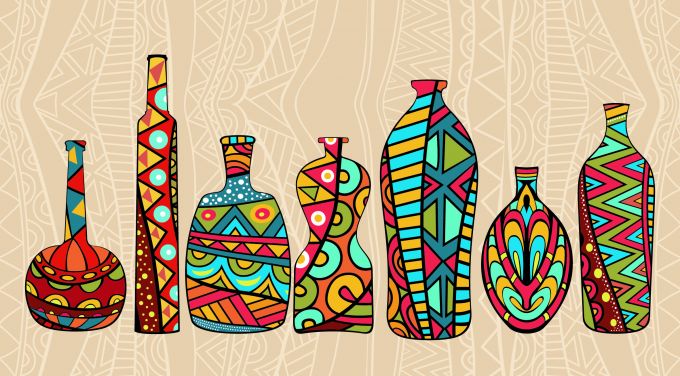 The stunning drinks of pre-colonial Australia have long been ignored and forgotten. Australia was not the dry continent we have been lead to believe.

There’s a certain myth told in Australia, generation to generation, that previous to the British sailing down the east coast in 1788, this ancient – in fact, the most ancient – continent had never seen alcohol. It’s that old tale of the Indigenous population being nomadic, not being able to farm, harvest crops, dam rivers or govern themselves, let alone ferment. We now know all this was just propaganda that we (shamefully) swallowed. So it’s rather unfathomable to continue to believe that fermentation wouldn't have occurred naturally here, as it had, at some point everywhere else in the world before humans learnt how to reproduce it.

And the Australian Aboriginals did just that, not just in one specific spot on a one-off occasion, but regularly in several areas using different native plants to create diverse, flavoursome and gently fermented drinks.

Here’s what we know (and how we know it).

There’s plenty of early government papers and private travel journals which all describe how fermented drinks – and other drugs – were enjoyed in the Aboriginal diet and culture pre-invasion. Dr Maggie Brady, a social anthropologist, has been studying the relationship with indigenous cultures and alcohol since the 1970s and estimates there are at least three known, named drinks containing alcohol that were made traditionally, a few more whose names we don’t know but have evidence of, and a plethora more that are lost to time and, even more sadly, the cultures they came from.

The most talked about is a drink made from the sap of a cider gum tree in Tasmania (Eucalyptus gunnil) which is an extremely rare tree these days. The local Indigenous community would tap the trunks of these cider gum trees in the high country of northern Tasmania and collect the sweet sap, about a pint a day in season, that exuded from the trees. They then stored it, leaving it to ferment by covering the liquid with a flat stone to protect it from birds and animals. This drink was documented in the 1830s by G.A. Robinson, who had the title of Protector of Aborigines in Tasmania in the 1820s and 1830s. In 2015 Tasmanian Aboriginal artist Mick Quilliam made a painting of a cider tree (Way-A-Linah), showing the groves and circular tracks around its base which he said were worn down, like moats, around these trees by many thousands of footsteps over time from the Indigenous people collecting the sap. This wasn't the first time Mick has painted the tree however, it's been a big part of his art for years. 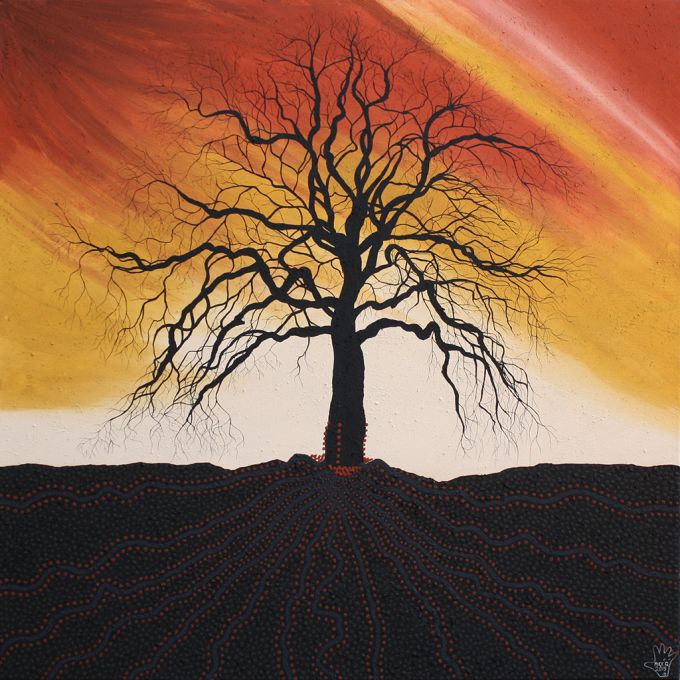 You can listen here to a short radio interview with Maggie and John Reid, a Victorian sourdough baker who went to Tasmania specifically to seek out and try the drink as part of his research into wild Australian ferments. John described the sap as much runnier thank you’d think, in his words “a beautiful, sweet nectar… which ferments into a sweet, flat, yet with a dry finish, cider.”

In western Queensland a fermented drink was made from bauhinia blossoms (a tropical plant) and wild honey. The process was described in the writings of a white settler woman in 1933:

“From the honey-filled blossoms the blacks make a semi-intoxicating drink. When the bauhinias for miles around come into bloom the gins [sic] pick the blossoms off in coolamonfuls. These are pounded, and the sweet golden liquid drained off into a larger, deeper coolamon [a vessel made of wood or bark for carrying water], then mixed with sugar-bag or ant honey and set aside to ferment, a process which takes eight or ten days.”

This drink is not too dissimilar to one made all the way on the other side of the country in Western Australia using the cones of banksia flowers. Another ferment is also known to have been made by roasting, crushing and soaking the nuts of the spiral pandanus plant native to northern Australia in the Borroloola area, and furthermore it’s suggested that the drink from these nuts was consumed more heavily at ceremonial gatherings. All these drinks are estimated to have sat between 2 – 3% abv.

While it’s not known exactly how many tribes actually fermented their own drinks, it’s really clear that their use was geographically widespread, suggesting that many tribes had at least come across some of these substances. However, to caveat all this, the book Under The Influence by Ross Fitzgerald and Trevor L. Jordan makes the following point:

“Many Aboriginal people, therefore, may not have been naïve users of alcohol as was often assumed by the British. Nevertheless, both the strength and quantity of the imported alcohol was greater than local intoxicants… more importantly, the fact that the production and distribution of European alcohol was not under Aboriginal control meant that the tribes no longer had the authority and ability to regulate the use of the potentially addictive substances available to them.”

Maggie Brady has also discovered, however, that the British weren’t the first nation to bring stronger spirits to Australia. In the north, it came not from European origin or part of the colonisation of the country, but rather was offered with other goods in a respectful way by Makassan traders from Indonesia on their annual fishing trips from about 1700. This makes the first taste of alcohol in the north a good 100 years before the south and east coast people met Europeans.

The drink itself was arrack, which has a Middle Eastern origin – it’s name derives from the Arabic word ‘to sweat’ and if you've ever seen distillation before, it's easy to see why it got this name. Despite limited availability – the fishing trips were usually just once a year – Aboriginal people in the northern areas who encountered arrack incorporated this word and substance into their linguistic and cultural lives. To this day certain Indigenous language use the word arrack just as others might say grog, booze or alcohol, it's become the generic term for a drink.

But that's not the story quite finished just yet, for in the 1800s Torres Strait Islanders learnt from travelling Filipinos how to ferment and distill strong liquor from palm trees. Called tuba, this drink was strong and yet, within the control of the Islanders seems to have caused no societal problems like the British rum did as it devastated communities.

“It turns out” says Maggie, “that so many of these ideas, embedded in our national conscience, and some of them little removed from traditional colonial explanations, are either frankly incorrect or at least open to serious challenge. They’ve obscured a more rich, complex, paradoxical story of relating to grog. The persistence of these particular narratives in Australia has done great damage to the way in which Indigenous people feel about themselves and stereotypes about the origins of Aboriginal drinking problems contribute to what can only be called a resigned fatalism surrounding these issues today.”

Understanding the correct history of alcohol in Australia, and its careful cultivation by the First Australians, is all part of debunking the idea that there was nothing here before white people. There was so much here before the Europeans, and these stunning plants that gave Aboriginals their first sip of ferments will hopefully see themselves regarded with the same reverence that old and important booze has garnered the world over, from liqueurs made by monks to wine from the bottom of the sea – what we have here is older still and has been overshadowed for so much longer.