The rise of the craft Australian distilleries - Part 2 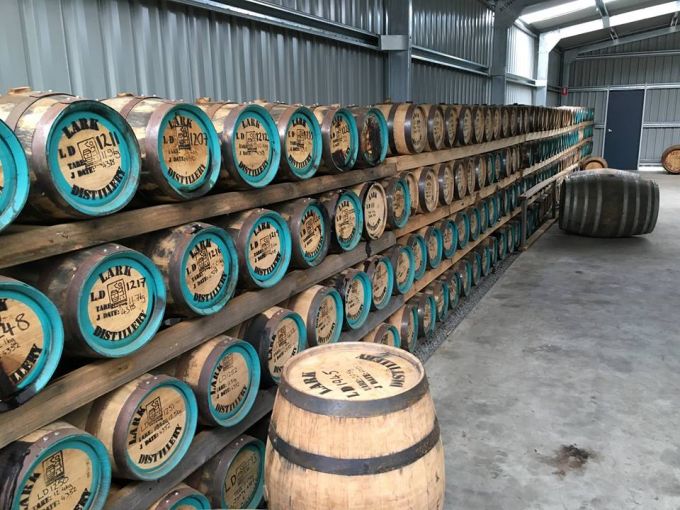 There's a saying that goes, to understand the present and face the future, one must know the past.

It is trite to say that the Australian distilling industry is experiencing a boom at present, with growth seemingly occurring at breakneck speed in the last few years. That's not to say that the country has been harbouring prudish tendencies; on the contrary, our relationship with alcohol goes right back to our colonial days, when at one stage, it was even used as an unofficial form of currency. And for a while, the nation's distilling output was positively heaving - in the early to mid 20th century, Australia was the world’s fourth largest producer of whisky and once housed a massive gin distillery operated by Gilbey’s, the world’s second largest distiller in the 1930s. But just as the tax system is currently considered by many to be holding back growth in the industry, it was changes to tariff laws in the 1960s which made imported spirits more affordable that contributed to the demise of two of Australia’s largest distilleries by the mid 1980s. The closure of these distilleries left a sizeable gap in the production of local whisky (and gin) although rum and brandy continued to be produced on a large scale. Chris Middleton, a whisky historian as well as a founder and board member of Starward Distillery, notes wryly, “There is a wonderful irony that around the time large scale whisky distilling on mainland Australia ceased, nano-distilling moved into start up mode in Tasmania.”

Even though the Tasmanian start ups focussed on the production of whisky, this period would come to mark a watershed moment for Australian distilling in general.

Although it is well documented that Bill and Lyn Lark obtained the first spirit makers licence in Tasmania since the 1830s, it would be remiss to leave out the efforts of a few other pioneering individuals. In Tasmania, there were two other players around at the same time as the Larks - Brian Poke with the Franklin Distillery in 1993, which later became the Small Concern Distillery in 1994 and Bob Hoskens with Tasmania Distillery, who started distilling in March 1995 and in fact built the first commercial distillery in Tasmania since 1830s (the Larks initially operated distilling experiments out of their kitchen and only opened their first out of home distillery in December 1997 in Richmond, moving again to Hobart). Interestingly as Chris points out, although Lark Distillery was the first amongst the trio to be granted a license in May 1992, Tasmania Distillery was in fact the first commercial distillery to officially release its whisky under the Sullivans Cove banner on 25 March 1997, shortly followed by Small Concern Distillery with Cradle Mountain whisky on 13 April 1997 and Lark on 21 December 1998. 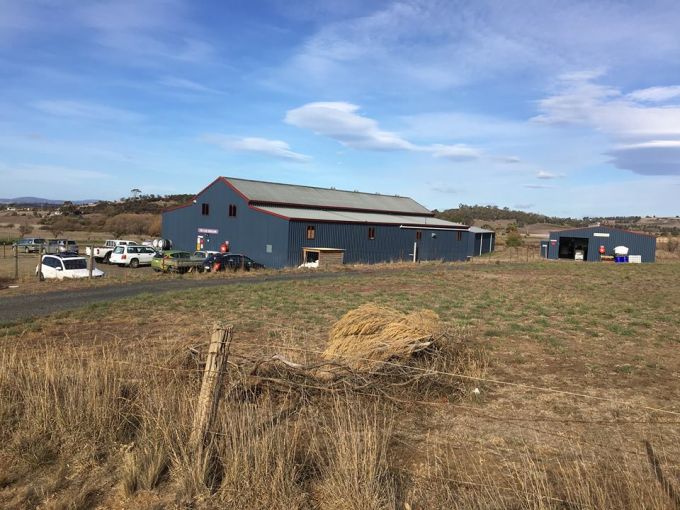 Over in mainland Australia, it seemed ironic that the first micro-distillery of this new era would focus on the production of rum given the dominance of certain key players in that field. Independently of the Larks, the movement had already begun on the west coast with an American by the name of Spike Dessert, who went on to found Hoochery Distillery. Spike first arrived at the Kimberley in Western Australia in the 1970s to develop his family's seed business. A desire to create a cellar door in his local town of Kununurra evolved into rum production after he realised there were no grapes being grown locally, but there was plenty of sugar cane (and cane molasses). Turning that desire into reality in the face of existing laws that were anything but supportive of micro-distillers at the time, was in Spike's own words, painstaking to say the least "We were dealing with Customs, then the Tax Office and then in order to be able to sell what we made, we had to deal with the state licensing body. Back then, we had no email. Everything was done by paper correspondence and I had to address all the different rules I wanted changed, one rule at a time, one letter at a time." As he recounts, "It took us six years of bureaucratic wrangling and a further three years of construction before I could run Hoochery's first multiple distillation in December 1999."

Notwithstanding those early efforts which paved the way for other budding distillers to follow, it would take some time before the micro distilling movement gained any sort of momentum. Nearly 4,000 kilometres east of the Kimberley, another couple Michael and Alla Ward moved from Tasmania to Queensland for warmer climes about the time the Larks obtained their licence, and in 1998 opened their doors to Tamborine Mountain Distillery, arguably one of the early adopters of using Australian native botanicals in their liqueur production. Over in Victoria, chemist David Baker started toying with the idea of making whisky in about 1996/1997 before starting up Bakery Hill Distillery in 1999. From 2000 onwards, other micro-distilleries gradually started sprouting, from Great Southern Distilling Company in Western Australia, Hunter Distillery and Distillery Botanica (then known as St Fiacre Distillery) in NSW, Starward Distillery (then known as New World Whisky Distillery) and Bass & Flinders in Victoria through to Kangaroo Island Spirits in South Australia. In Tasmania, the whisky producing ranks were soon swelled by the likes of Old Hobart Distillery (producing Overeem whisky), Hellyers Road and Nant. 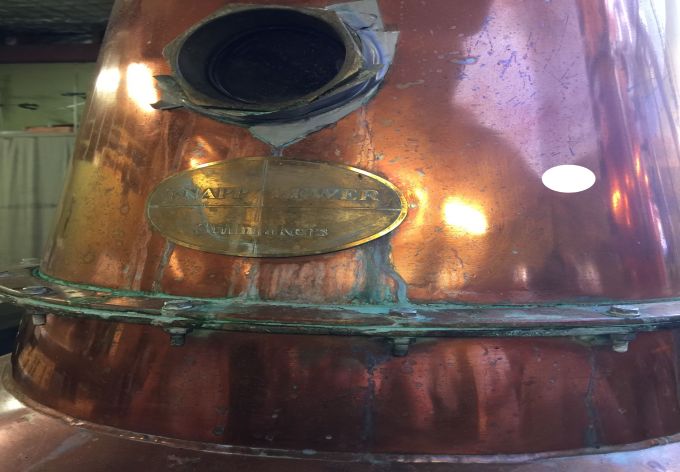 Perhaps it was the lack of technology or perhaps it was the fact that Tasmanian distilling appeared to have concentrated on whisky whilst mainland distilling was more diversified - but one gets the sense that in those early days, there wasn’t quite the solidarity that there is today, and mainland Australian distilling developed separately from their Tasmanian counterparts. David Baker and Spike Dessert readily acknowledge that they largely operated in isolation to their colleagues at the time. Certainly, in so far as whisky is concerned, one might even go so far as to say that there is a discernible divide between the character of Tasmanian whisky and that of ‘Australian’ whisky. Tasmanian whisky for the most part seems to have developed quite a ‘house style’ which is both unique and very identifiable as a core flavour element to their spirit, to the extent that there is a push by many in the state for appellation status to be granted to whisky produced on the island. It is no secret that both Bill and Lyn Lark have had a guiding hand in the setup and spirit of many new Tasmanian distilleries over the last two decades, and their input is immediately obvious in many ways from the spirit and structure. The second element is the access to core whisky ingredients; barley, water, yeast and the barrels. To this day, many distilleries in Tasmania still buy their wash from Cascade Brewery ready made, so much of the rich and oily Tasmanian characteristic can be attributed to that factor. The majority also get their casks from Tasmanian Cask Company. Core ingredients aside, many Tasmanian whisky distilleries mirror a similar still design from Lark Distillery’s early days, which in turn was modelled off certain Scottish still designs. 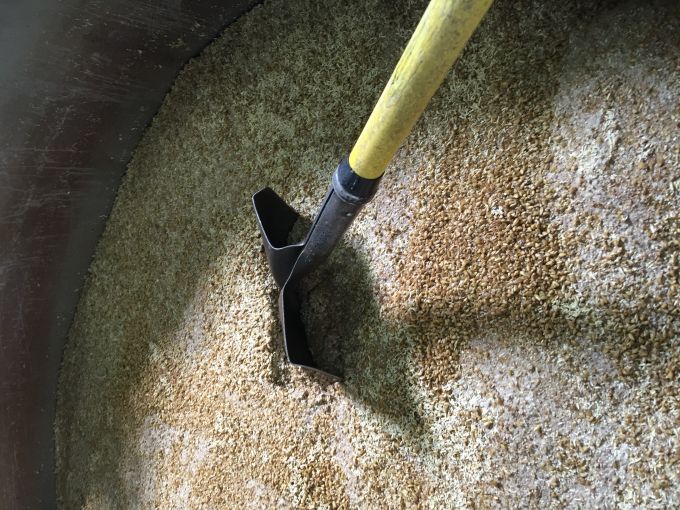 Whatever differences in styles that may have existed, the trailblazers of Australian micro-distilling all shared a mutual focus on quality over quantity. That might seem an obvious ethos to most drinkers today, but it was not always the case during the industry's heyday (the now defunct Corio distillery is frequently cited as an example of this). Changing this perception would take far more effort than that required to overturn archaic laws, which may explain why local producers found more success in the overseas markets in those early days. David Baker says “I had to physically knock on door after door at all the bars and bottle shops when I first started. Nearly everyone laughed at me when I said I had made single malt whisky here in Australia.” Instead, he found more a more receptive audience in countries such as Sweden and France.

Patrick Maguire, Master Distiller at Tasmania Distillery since 2003, concurred: “In the early days, we were certainly selling as much as we were making, which wasn’t much, but it was definitely the international markets that got on first. We were experiencing huge international support from the likes of Holland, France, Belgium, UK, Singapore and Hong Kong. When we showcased and presented Sullivan’s Cove at local whisky fairs, trade fairs, and food & wine festivals, people generally said ‘yeah that’s nice, but it’s not Scotch whisky and is dearer than Scotch.’ They were making comparisons to Scotch whisky and ultimately we (Australian spirits) were too much of a risk for local consumers.” 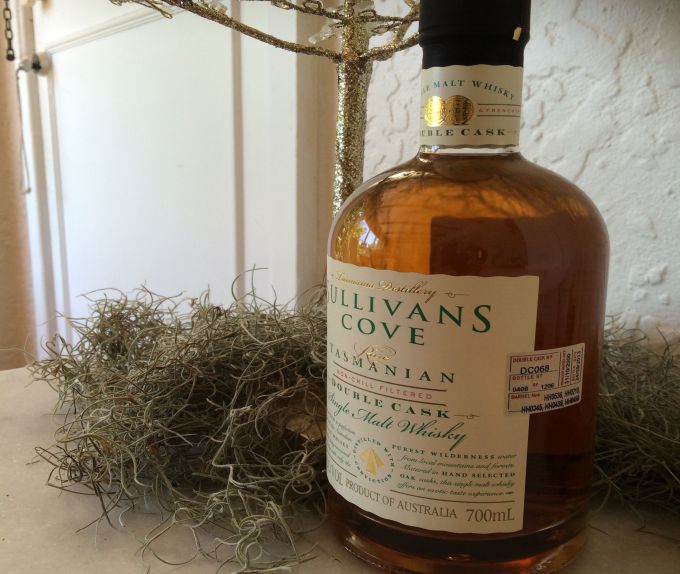 Whether the attitudes of Australian drinkers would have stayed this way is a matter for conjecture. What is clear is that around 2014, a seismic shift occurred which put Australian distilling on the world map, and almost overnight, changed the perception of distilling as being just a “fun hobby” to a something that was to be taken seriously. Although Australian spirits such as West Winds gin, Four Pillars gin and Tamborine Mountain liqueurs were already winning global awards by 2013/2014, it was arguably Sullivans Cove's win at the World Whiskies Awards 2014 that really got not just the world, but Australia to sit up and take notice of distilling down under. As the first non-Scottish whisky to win the coveted top gong of World’s Best Single Malt Whisky, the win was enough for Australian whisky (and by extension Australian distilling) to cause a stir. But more importantly, on a local level, the award brought immediate attention to the scene from drinkers who previously only saw local whisky in much the same light as many distillers and consumers did: as a hobby, as something inferior to Scotch whisky, and as young and brash spirit.

Although the spotlight initially focussed on Tasmanian (and later Australian) whisky, the halo effect from that victory quickly spread across the industry with mainstream media attention soon turning to other Australian producers and spirits. Alongside the rise of social media facilitating a democratization of discussions amongst consumers not previously seen before, it didn't take long for local spirits to become a more common sight on the shelves of many a bar and bottleshop. Buoyed by their predecessors' successes and a growing consumer appetite for Australian made spirits, a new wave of distillers entered the fray. With a record number of distilleries now operating, the scene was set for the next golden age of Australian distilling and with it, a new set of challenges.

... comment(s) for The rise of the craft Australian distilleries - Part 2