Italians recognise Turin, sorry Torino, for its architecture and being the birthplace of vermouth. The colonnaded streets are indeed splendid and the shop where Antonio Benedetto Carpano first trademarked his Vermouth di Torino in 1786 is marked by a wall plaque.

It is a grand city to visit, but for us Brits Turin will always be about the Italian Job move where Michael Caine and his band of likable villains outwit the Italian police and the mafia to steal gold bullion, their escape in Mini Coopers being one of the best car chases ever screened. (I'm talking about the 1969 original and not the 2003 Hollywood knockoff by the way). 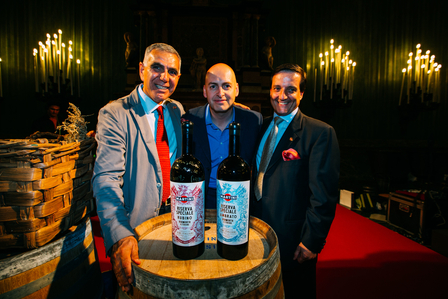 So it was with echoes of "You're only supposed to blow the bloody doors off" that I journeyed to Turin this week for the launch of Martini's new vermouth brand Riserva Speciale. Held in the old parliament building opposite the aforementioned vermouth birthplace and plaque, it was quite a launch - a splendid landmark building, the city's mayor in attendance, glamorous girls in evening dresses, great cocktails (thanks to Create Cocktails), a-list bartenders from around the world attending and vintage Italian sports cars. 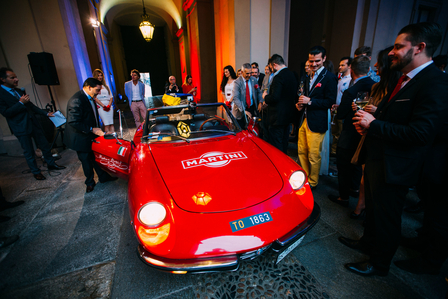 The best bit - next morning we drove those prized old cars out of the city and through the beautiful Piedmont region where the wines on which Martini vermouths are based are made. Our final destination being the Martini Winery & Distillery. Sadly we didn't escape Turin with gold bullion but neither were we chased by the police or end up precariously balanced on a cliff edge. 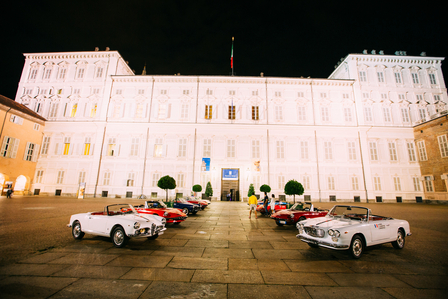 My friends at Martini weren't thinking of the Italian Job when they incorporated sports cars into their launch, Martini has since 1951 been a supporter of motor sport, something which continues to this day with the Williams Martini Racing Formula 1 team. Fortunately for me they also sponsor the Martini Racing rally cross team and during a stop at Pancalieri I was strapped into the navigator's seat of one of these rally cars for 150 mile-an-hour drive down a farm track. The film above is from the iPhone I struggled to hold still as we sped back to the crowd awaiting our arrival. That's what a donut looks like from inside the car. 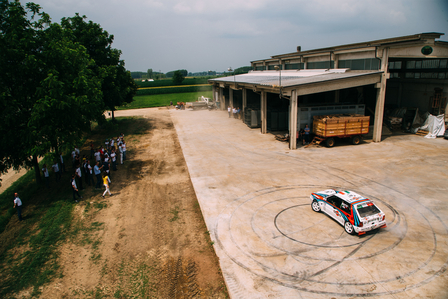 Our stop at Pancalieri was to visit the Erbe Aromatiche cooperativewhere the majority of the botanicals used in the making of Martini's vermouths are grown, including wormwood, without which of course a vermouth is not a vermouth. Pancalieri lies 30km south-west of Turin and the area is known as the 'herb island' due to its soil and microclimate being so suited to the cultivation of herbs and spices. 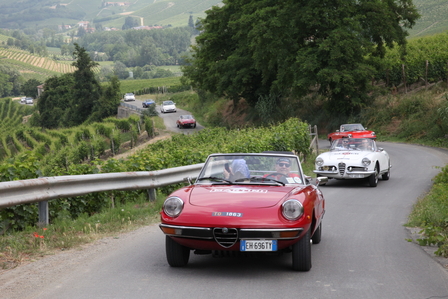 As well as wormwood, Pancalieri is particularly famous for its mint and the cooperative make the most amazing mint syrup, a super-concentrated fresh-breath inducing product that I suspect will hit the world's top bars in the coming years. More immediately, you'll likely come across Ambrato and Rubino, the two new Martini vermouths that jointly fall under the new Martini Riserva Speciale label. 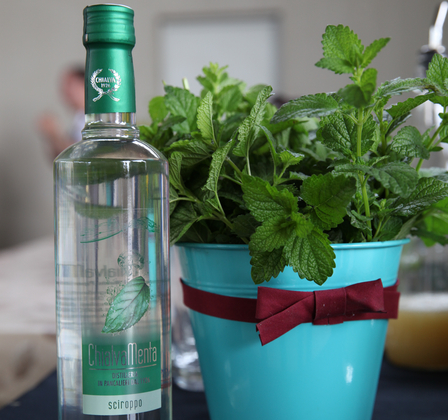 Back in Turin, many of us glowing from a day driving vintage open topped cars in the scorching sun, we visited The Mad Dog, a speakeasy set in a series of vaulted brick ceilinged rooms that's presently the hottest bar in the city. Here one of our party, the flamboyant Patrick Pistolesi, who is usually to be found behind the stick at Cafe Propaganda in Rome, took over the bar - literally.

Of all the excellent cocktails we encountered whilst in Turin, I was particularly enamoured by the Gin & IT served by the Create Cocktails team. This is a cocktail that's been in my books and on this site since our first edition in 2001 but I've previously considered this classic 'ordinary' at best. However, made with Riserva Speciale Rubino and served straight-up with a lemon zest twist this becomes a very special drink indeed. 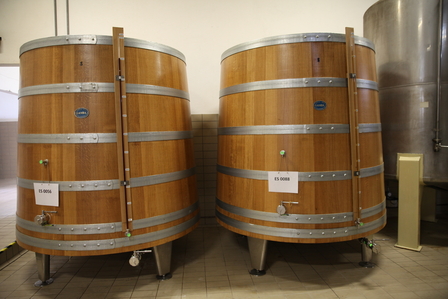 You'll find my full reviews of Martini Riserva Speciale Ambrato and Rubino vermouths here and here but briefly, these represent a new style of Vermouth di Torino which are particularly set apart by their use of a blend of three different types of Artemisia grown by the Erbe Aromatiche cooperative in the fields of Pancalieri; and the resting of the concentrated botanical extracts used to flavour the vermouths in Piemontese Tino, oak vats for over two months. 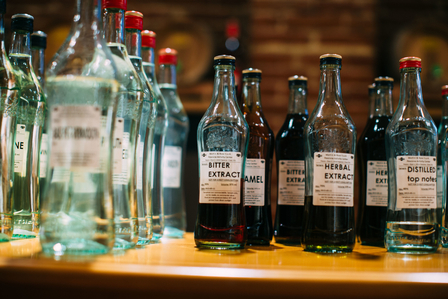 samples of the various ingredients that comprise a vermouth

A huge thank you to the irrepressible Giuseppe Gallo and all at Martini for their hospitality. And on that note, Turin is a fabulous city for a weekend break, and if you visit then be sure to also pop into Martini Rossi where they offer the opportunity to blend your very own vermouth. Email the affable Marco Budano, manager of the visitor centre at Pessione (mbudano@Bacardi.com) mentioning you're a Difford's Guide reader and book your flight to Turin's Caselle Airport. Cheers. 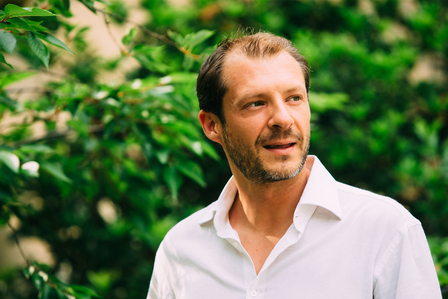 Scroll through images of the day below 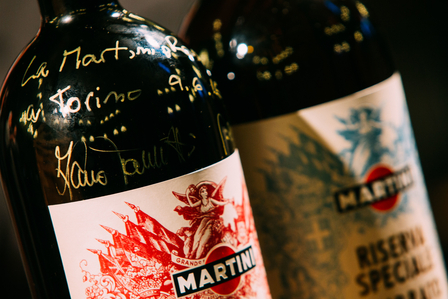 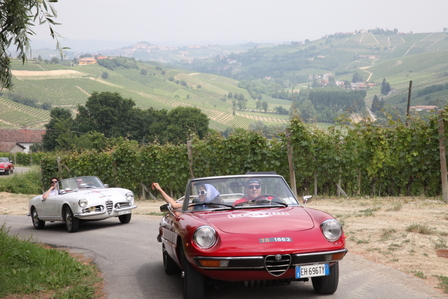 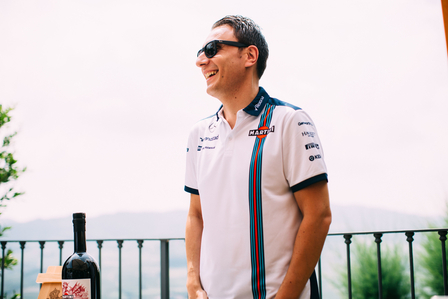 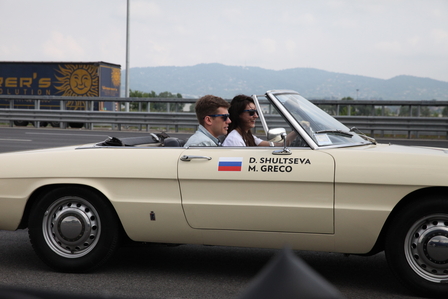 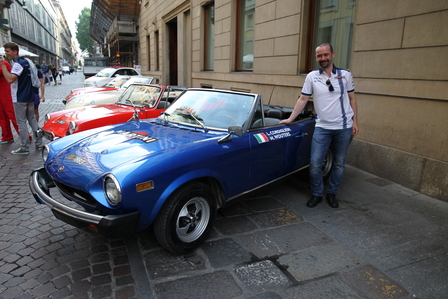 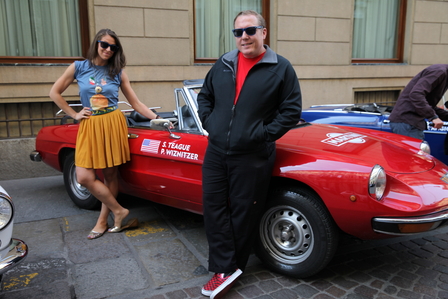 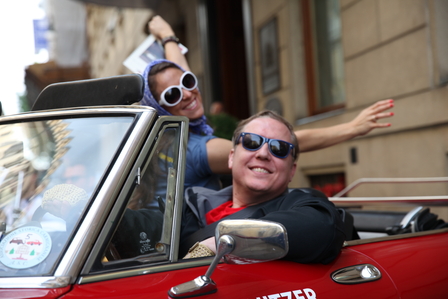 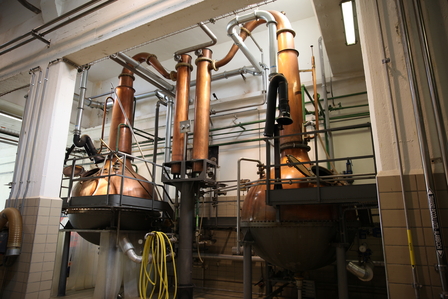 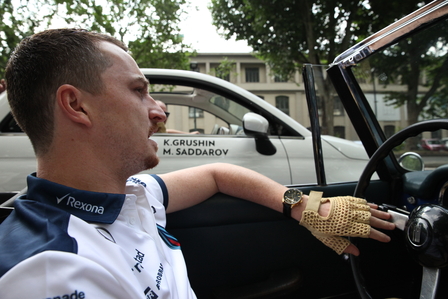 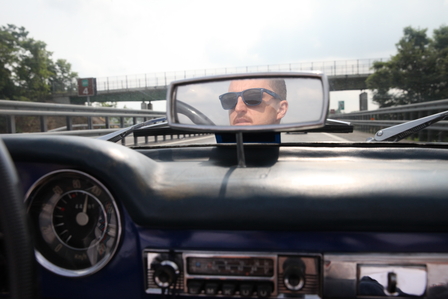 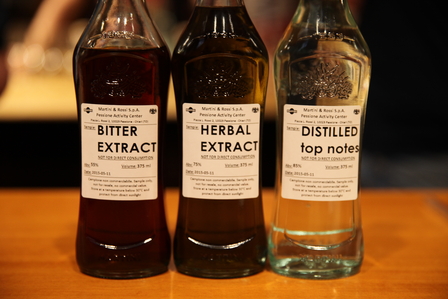 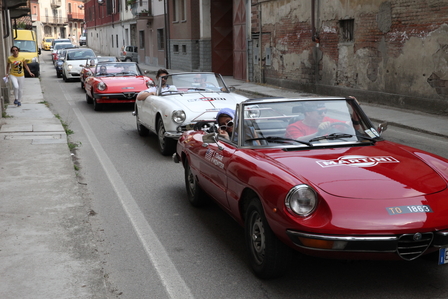