The lucky number 13, the winner of Absolut Vodka’s “#13thClassic” cocktail competition proved to be Thomas “Tommo” Quy from the Captain’s Club Hotel and Spa in Christchurch, England with his Absolut Revival.

Absolut focuses on 12 classic vodka cocktails (below) and this competition gave UK bartenders the chance to create a cocktail to become the 13th cocktail promoted by the brand. Some three months before bartenders were invited to submit their cocktails, either a brand new drink with the potential to become a classic, or an interesting twist on an original. They were asked to also consider what makes it a potential new classic and present the story behind it and their inspiration. 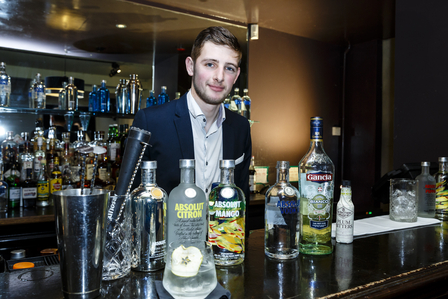 Tommo says, "A cross between a Martini and a Gimlet. I wanted the drink to taste clean and crisp without being complex, so the cocktail can be sipped and savoured. I imagined the cocktail to be enjoyed on a summer terrace, just like the one at Captain's Club Hotel, with a refreshing taste and a revitalising apple garnish". 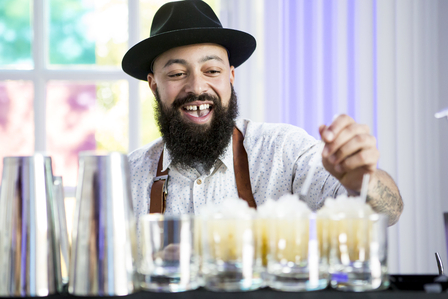 Absolut's brand ambassador and competition judge, Ricardo Dynan, selected a shortlist after the competition closing date, and those shortlisted entries were then further whittled down by a public Facebook vote. The following four other bartenders presented their drinks along with Tommo at the final which was held on Friday 29th January 2016 at The Exhibit, Balham, London 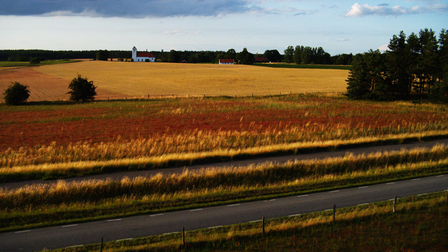 Tommo will enjoy a very special VIP trip to Sweden to participate in the Absolut Akademi Pro, a bartender education programme. He will spend three days at the home of Absolut in Ahus, Southern Sweden, visiting the production facility and learning about the history of the brand and its influence around the world.