There are various ways of appreciating Scotch whisky. Initially it’s purely visual. The design and details of the bottle are interesting in their own right, but they also convey a sense of the contents, creating anticipation. It’s part of the build-up before opening a bottle, filling a glass, then looking at the colour, inhaling the aroma, and, finally, savouring the flavour.

For some people the pleasure of looking at a bottle is as far as it goes. Opening it is not an option, because it's part of a collection, and if opened it would no longer qualify.

Collectors are an important part of the Scotch whisky audience, and their purchases represent a significant market.

"The number of collectors has increased over the past five years, and there's also a lot more interest among people in their mid- and late 20s, who are buying affordable whiskies. A large number of collectors spend up to £100-150 per bottle, especially collectors of a particular distillery, but above that price there are far fewer collectors," says Malcolm Mullin, Managing Director, Vintage House.

Different types of collectors can have their own particular approach.

"Traditional, old school collectors can go straight from the airport with their luggage to a whisky shop and start looking through the stock to see what's missing from their collection. New collectors initially go for more familiar names, then explore the category once they've gained experience. New collectors aren't intimidated to ask questions such as: why is it that price? Once they've picked up some knowledge and experience they don't ask that question anymore, as they understand the pricing structure better," says spirits buyer Isabel Graham-Yool.

As Scotch whisky is one of the most innovative categories, offering a range of styles, collectors have a broad range to choose from.

"Some people like collecting their birthdate, and buying whiskies distilled in a particular year ensures you're not limiting yourself to a single style and you're collecting a broad range of whiskies," says Isabel Graham-Yool.

Another approach is choosing a region of Scotland, such as Islay, which has several distilleries.

"More and more people are appreciating Islay malts, the quality, and the range of different characters, it's probably the peatiness that attracts a lot of collectors, and there's a romance about Islay, the peace and quiet, and the history. The annual Islay Malt Whisky Festival is really important, it's great to get existing and new collectors attending, and it's about them having a great experience while here. The numbers are growing and the festival gets busier every year," says David Turner, Bowmore's distillery manager.

Meanwhile, as so many distilleries are extending their portfolios with continually available expressions, as well as limited-editions, there's plenty to keep up with when collecting one distillery.

So, what is it about a distillery that can inspire such emotions?

"Ardbeg was closed from 1981-89, and between 1990-95 it was only distilling part-time, closing again in 1996, which was also the year it was bought by Glenmorangie. Even when in production Ardbeg had mainly gone into blends and wasn't widely available as a single malt, and this element of rarity definitely adds to the appeal," says Hamish Torrie, Ardbeg Brand Ambassador, Glenmorangie.

Collectors can also develop their relationship with a particular distillery by signing up to join a group of like-minded people.

"We launched the Ardbeg Committee in the year 2000. Joining is open to anyone over 18, we used to have a leaflet in the carton which was filled out and posted back to us. Now you can join on-line, and this provides a forum for discussion and announcements. Committee members also have the first option to buy limited-edition releases, and demand always exceeds the quantity released," adds Hamish Torrie.

In addition to collecting distilleries which are thriving, closed distilleries have their own particular appeal, as only finite amounts of stock are available.

"Stock from closed distilleries is now far less frequently available, and the allocations are very small, which means demand always exceeds supply, and many prices have rocketed," says Malcolm Mullin.

Rarity is also of course the essence of various limited-edition styles, including single barrel bottlings. With any limited-edition there are two key numbers: the total number of bottles released, and the number of a bottle within that particular release.

Collecting whisky inevitably raises the question of how and where to store it, or how to display it, and depending on the size of the collection this means a significant, dedicated space. Meanwhile, storage can be far easier when collecting miniatures.

"More and more people are collecting miniatures. The prices are more accessible, and you can get something quite special under £100. However, as more collectors focus on miniatures prices are all set to rise," says Isabel Graham-Yool.

Malcolm Mullin adds, "A few years ago people would be in the shop buying 50-60 miniatures at a time, sitting patiently to check all the details on the labels to see what was missing from their collection. We try to stock as many miniatures as possible, but there's now a lot less stock available, so it's much harder to collect."

Building a collection does of course require significant commitment, as well as the help of experienced, acknowledged retailers with a track record, who can provide various whiskies.

At auctions what remains to be seen is how much you have to spend to get what you want, and that's down to who else wants the same as you do, and how much they're prepared to bid.

Bonhams holds four sales a year, one every three months, in Edinburgh.

"The content of each sale is never the same and there's a great deal of choice, with whiskies from different periods, and a very broad range of styles. We get a lot of enquiries from people who have quality stock to sell, particularly on the back of good auction results, and we also advertise to say that we're looking for whiskies for future auctions. You can bid live on line, and we also have quite a lot of phone bids, as people like to make an instantaneous decision," says Martin Green, Whisky Specialist, Bonhams.

Collecting requires a certain budget, but there are some interesting ways of generating the necessary cash.

"You can fund more purchases by buying and selling particular bottles from your collection, when the value of a particular bottle go's up. I find that collectors plough all the money they make from re-selling bottles into buying more whisky, so a collection can be self-financing. But not everything goes up in value. More people are buying and stockpiling certain releases, and if a lot of the same bottles suddenly come onto the resale market the price can go down," says Isabel Graham-Yool. 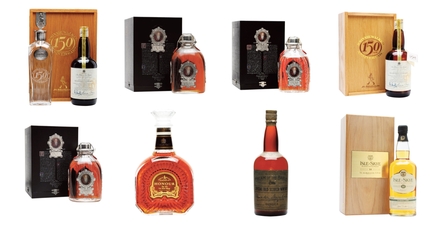 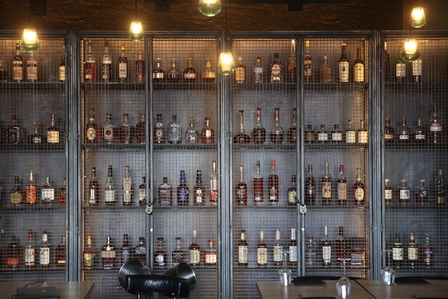