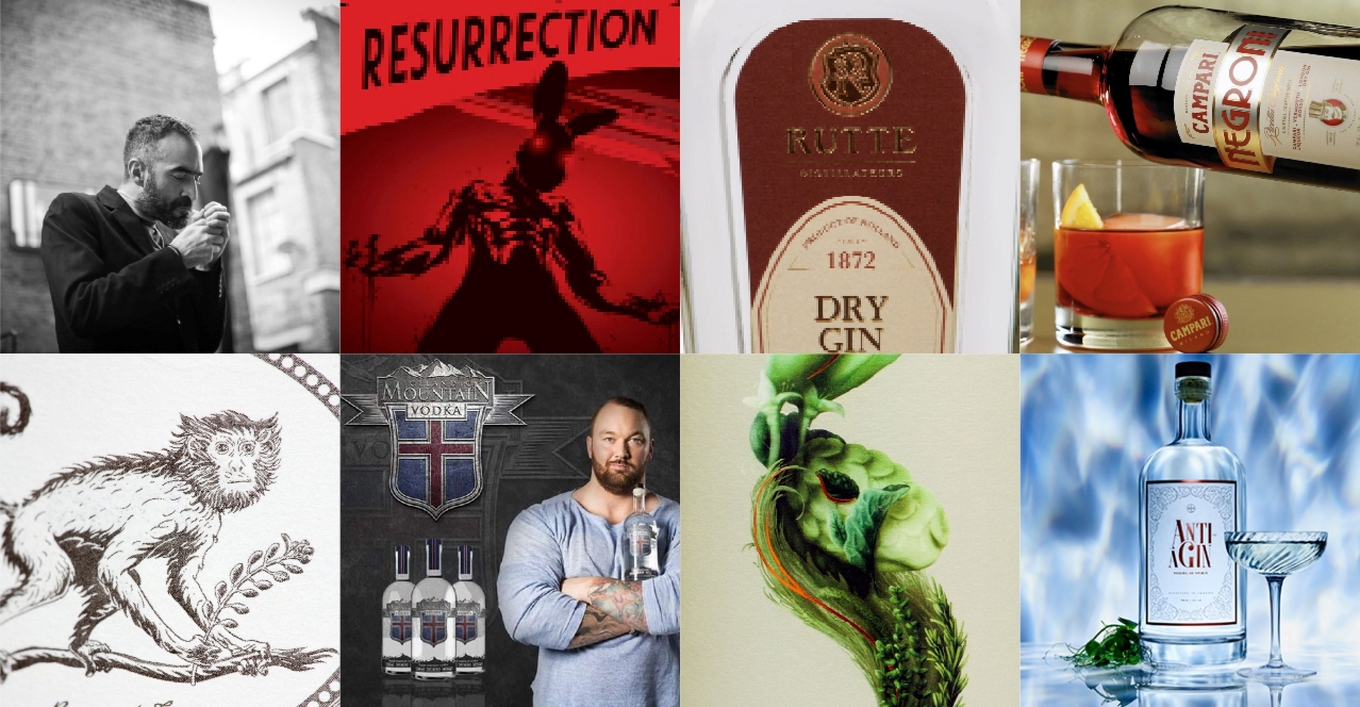 2016 was a turbulent year all round. And the drinks industry has been far from immune. Here's our subjective round-up of the big stories from last year.

Gone but Not Forgotten

While 2016 wasn't the carnage for the drinks industry that it was for music, we lost a few precious souls.

Dick Bradsell, the man who transformed London's drinking culture over the 80s and 90s, and whose teaching is still in many top bartenders' DNA, passed away on 27 February, aged 56. We owe him the Espresso Martini, the Bramble, the Russian Spring Punch, the Treacle, and much, much more.

Rob Cooper, the spirits industry scion who created St-Germain elderflower liqueur, died on 25 April, aged just 39. He'd built St-Germain to a scale where he could sell it to Bacardi in 2012, and was working to bring back long-forgotten ingredients.

And Oliver Hughes, creator of the Porterhouse brewpub brand and the Dingle Distillery, passed away on 30 July.

With David Beckham driving volume for Haig and Sean Combs still pushing Cîroc, the urge for celebrities to put their name to a spirit didn't fade in 2016. Hafthor Bjornsson, the Icelandic strongman who made his name as The Mountain on Game of Thrones, put his name to Icelandic Mountain Vodka.

Could this be the year that Trump vodka makes its comeback? We do hope not...

While most of us don't associate health with spirits, a number of brands pushed the boundaries on that one.

As anyone with genuine gluten issues knows, distillation removes gluten, making spirits effectively gluten-free, even if they're based on glutinous grains. That didn't stop Stoli from launching a gluten-free variant into the US in April, based on 88% corn and 12% buckwheat, or Smirnoff from marketing its Sourced line as missing the evil protein too.

In the wake of last year's Vitamin Vodka, which was going to prevent hangovers, the merry pranksters at Bompas and Parr unleashed Anti-Agin, an anti-ageing gin. Made with "age-defying" botanicals such as witch hazel and drinkable collagen for Warner Leisure Hotels, it allegedly allows drinkers to rejuvenate their skin as they imbibe.

And, in a move which might well make all of us shudder, industry titan Diageo bought into alcohol-free distilled spirit Seedlip - its first investment in a non-alcoholic drink in 257 years. It's looking for the holy grail of a good alternative to alcohol when you're not drinking.

The latest in a raft of US class-action lawsuits against multinationals marketing their products as "craft" floundered when a judge found that Miller-Coors' claims about its Blue Moon beer were "generalized, vague, and unspecified assertions that amount to mere puffery upon which a reasonable consumer could not rely."

And, in the wake of Fever-Tree plus an array of local craft sodas, Pepsi launched 1893, a "craft cola", backing it up with it very own events-space-cum-lounge, Kola House. Just as the judge decided about Miller-Coors, 1893's claims to craft status are so thin as to make the term effectively meaningless.

A Good Year for Gimmicks

2016 was a year for products you really didn't know that you wanted until they came out.

Levitatingx.com launched a levitating glass, based on electro-magnetic levitation (the same physics used in Maglev trains), before expanding into plates and more.

Saltwater Brewery developed an edible six-pack ring, constructed from brewing leftovers, that sea creatures can eat rather than choke on should it land up in the ocean.

Brewart stripped all the fun out of homebrewing by producing a homemade beer machine that's as easy to use as Nespresso, the Brewart.

Beer giant AB Inbev acquired SAB Miller for more than $100 billion (£80 million). Legal and regulatory hoops around the tie-up meant that Asahi landed up with Grolsch, Peroni and Meantime, while the world's best-selling beer brand, China's Snow, went to a Chinese brewer.

Campari bought Grand Marnier from the Marnier family, landing itself with a €300 million (£257 million) villa in the south of France in the process.

And in December Beam Suntory slurped up London indie gin Sipsmith, acquiring 100% of shares and voting rights but keeping its founders on as managers.

Products in the News

Campari capitalised on its brand by launching a Negroni premix into the UK this festive season. And it worked.

Rutte genever (and celery gin) launched into the UK in style by sailing a Dutch tugboat from the Netherlands and up the Thames: they even got Tower Bridge to lift. Rutte Old Simon Genever is based on the original recipe from the chap who founded the distillery in 1872, while Rutte Celery Gin is perfect for Red Snappers.

Alexandre Gabriel and David Wondrich collaborated to create Stiggins' Fancy Plantation Pineapple Rum which arrived in the UK in May after a long old road. Initially created for friends and family at 2014's Tales of the Cocktail, it walked away with Best New Product at 2016's Spirited Awards.

Brewing disruptors Brewdog finally got their distillery off the ground. Besides LoneWolf vodka and gin, they offer a Scotch-bourbon hybrid whiskey known as Uncle Duke's in honour of (but of course) Hunter S. Thompson.

And, over eight months on, we're still getting enquiries from Americans about the Hamburger Gin we 'launched' on April 1st - it even made the Evening Standard. 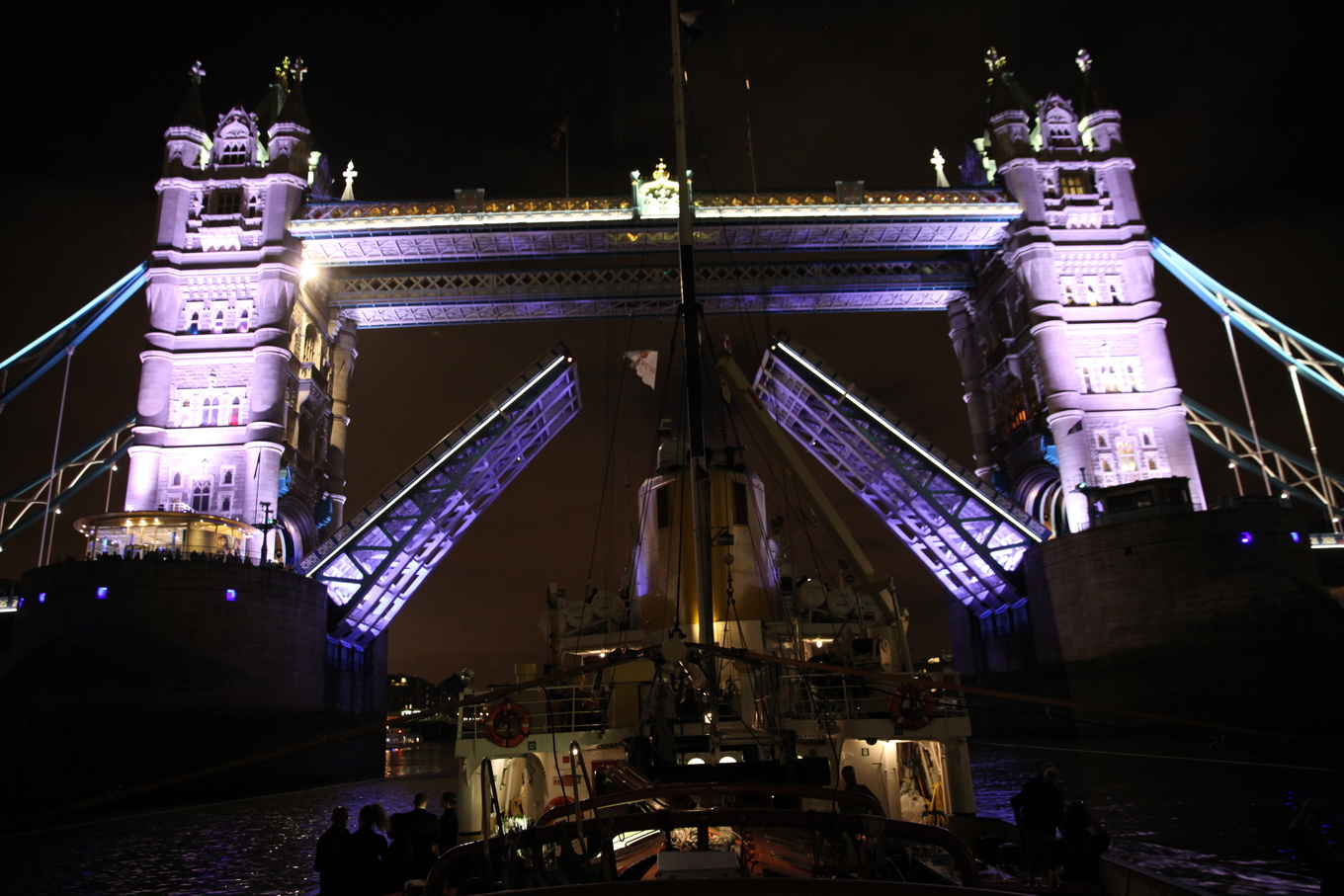 Rutte put on the best booze cruise of 2016

Bars in the News

It was a good year for the Dead Rabbit folk. After winning world's best bar at last year's Tales of the Cocktail, they placed first in 2016's 50 Best Bars - and opened Blacktail, a Cuban-themed venture, to boot.

Colin Field ended one of the world's longest sabbaticals as the Ritz Paris finally reopened, with the Hemingway Bar remaining exactly the same.

Sweet Liberty, Miami Beach, and London's own Oriole, from the Nightjar team, were best new bars at Tales of the Cocktail this year.

And Tony Conigliaro opened a new bar, Untitled, in Dalston, while Ryan Chetiyawardana decreed that White Lyan would close in 2017 and transform into a creative development space.