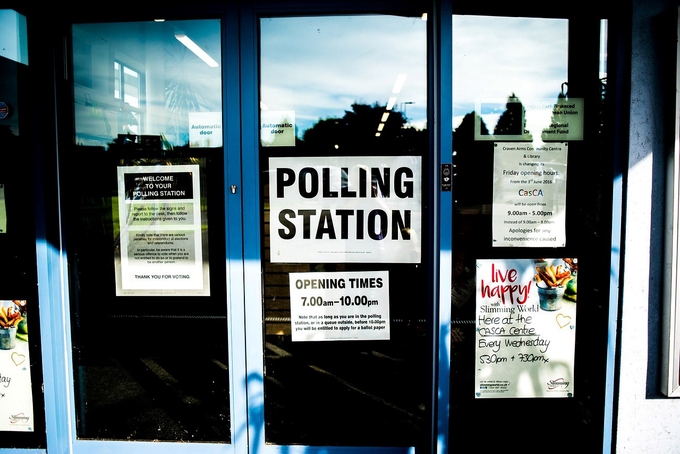 Some very unlikely candidates have won political office – despite dubious economics, ridiculous hairstyles and reckless campaigning. It seems the electorate will vote for just about anybody. So, with that in mind, here's my manifesto.

I'm not sure any of the UK's present political parties conform to my ideals so perhaps it's time for a new political party – the Discerning Drinkers' Party. And so, with drinking fabulously and drinkers' wellbeing at the forefront of this new party's agenda, I propose:

Non-alcoholic 'spirits' is a deliberately misleading term. The definition of a "spirit" is a volatile liquid and there's nothing volatile about the plethora of products that are actually flavoured waters but masquerade as being "spirits". Hence the DDP will enact legislation ensuring the word "spirit" can only be used on the packaging of products with a minimum strength of 30% alc./vol..

London dry gin should be just that, so from 2020 any gin labelled as such must be distilled in London to be legally sold in the UK. Gins produced elsewhere, presently labelled "London", will in future need to be labelled "London-style". This also applies to all villages, towns, cities and counties. I.e. a Sevenoaks gin must be made in the town of Sevenoaks and a Kent gin made somewhere in the county of Kent. Sadly, this legislation won't affect how gins are labelled in the rest of Europe or beyond, but the UK is the home of London dry gin so what happens here may have some influence elsewhere in the world.

Any spirit labelled a "gin" should be a gin and not some other botanical spirit pretending to be a gin, i.e. a spirit in which juniper predominates. Laws will be introduced specifying a minimum quantity of juniper oils per litre of gin with the predominance of juniper also assessed by the gin commission – a regulatory body to be established to ensure products such as Brockmans no longer taint the good name of gin.

Scotch whisky must be made and bottled in Scotland regardless of what type of Scotch whisky it is or where in the world it is to be sold. Presently, only single malt whisky must be bottled in Scotland while single grain and blended Scotch whiskies can, and are, shipped in bulk for bottling overseas. The same should apply to all other styles of spirits produced in the UK such as English brandy, English whisky, Welsh whisky and Irish whisky.

Vatted malt whisky and simply "vatted malt" to be reintroduced as the legal term for a blend of malts from a number of different distilleries is now confusingly termed "blended malt whiskey". The word "blended" should be confined to blended whisky, whiskies that are a blend of single malts and single grain whiskies.

Minimum legal drinking age to be increased to 21 years old, but from the age of 17 teenagers may apply for Provisional Drinking Licences which will be issued after passing a discerning drinking exam and practical test. This provisional licence may be revoked for flagrant breaches of discernment or unsociable behaviour. From a drinker's 21st birthday a drinking licence will no longer be required.

Duty parity across all categories of alcohol. Present UK spirits duty is discriminatory against spirits compared to wine, the next highest-taxed category, and beer the least taxed category per litre. This, despite the fact that spirits are one of the UK's most important and successful exports with comparatively little beer or wine being exported. It's hard to argue that countries such as India should reduce their punitive duty rates against Scotch whisky when the same is true here in Scotch whisky's own domestic market. Ethanol alcohol is ethanol alcohol regardless of what category of drink it's in. Alcohol is equally as good or potentially bad for you however you consume it, be that wine, beer or spirits. Any off-licence/liquor store licensee will tell you that alcoholics (those regulars who visit their store several times a day in an attempt to regulate their drinking) are as likely to consume high strength beers or wines as they are spirits. Duty should be set at the same rate per litre of pure alcohol across all categories of alcoholic beverages. This rebalancing should be achieved over an extended period, initially by freezing spirits duty.

A legal requirement for free tap water to be served with all beverages above 8% alc./vol. with premises failing to serve water alongside alcoholic drinks fined.

Legal requirement for any "service charge" on a bar/restaurant or other bill, whether added automatically or at the request of the guest, to be split between all staff working at that premises and added to their wages without deductions other than tax and credit/charge card handling fees.

Minimum of one pub in any village with more than 800 residents over the legal drinking age. Government grants made available to aid the provision of pubs in villages. The village pub should be at the heart of every British village, ideally, open throughout the day offering morning coffee through to nightcaps.

Subsidised late night minibus service for village pubs offering rides home at closing time. As drink driving thankfully becomes more a thing of the past, this has impacted village pubs, and so village communities. To help alleviate this and the sad demise of these pubs, part of the tax receipts from alcohol sales will be used to subsidise local late-night bus services. These village pub-based minibuses should also be used by local sports and social clubs. Along with the provision of fast internet, such initiatives could help stave the move of young people from villages to towns and cities. Come on Google – surely you can save the great British pub with driverless cars.