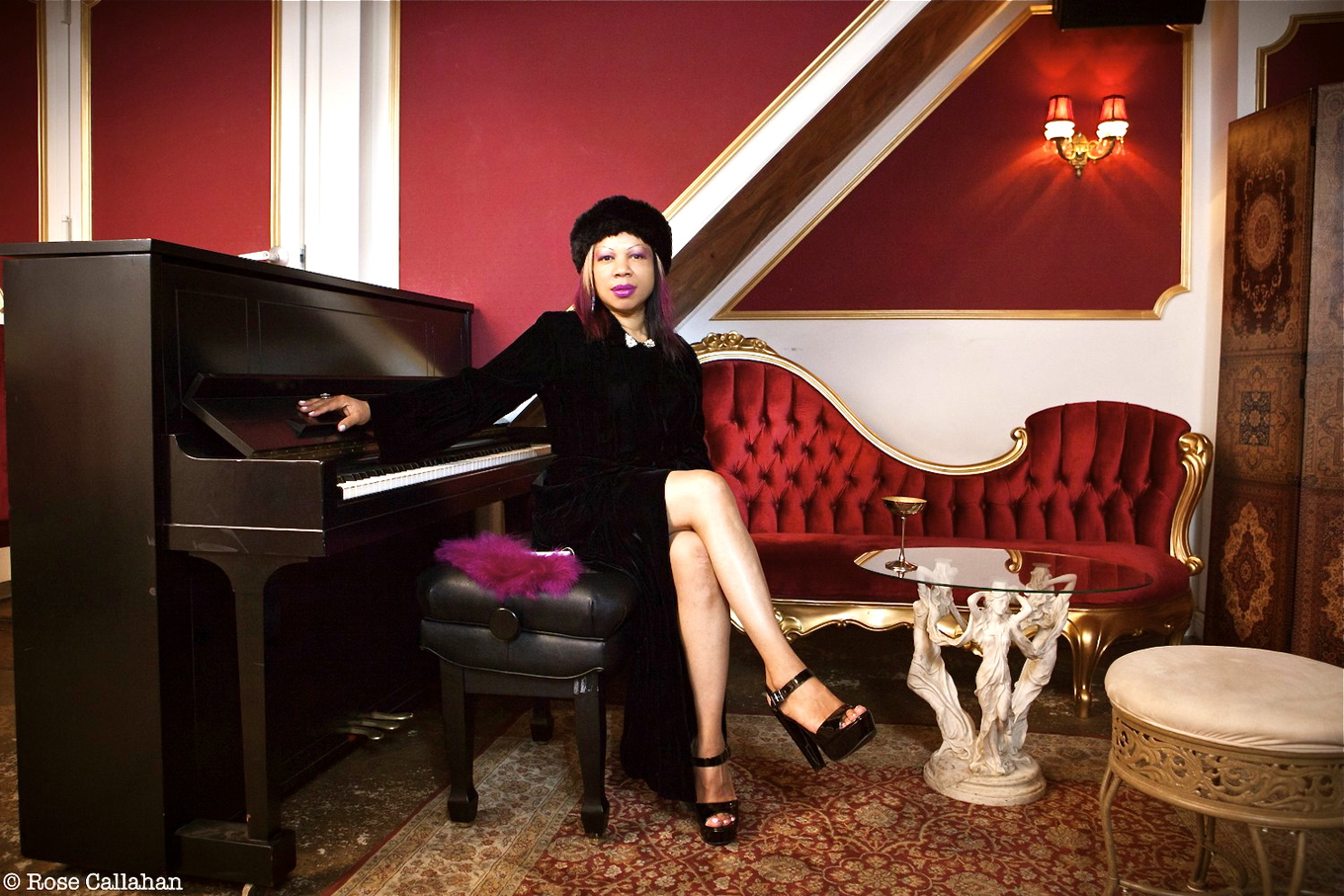 Born in upstate New York, Ms. Franky has taken Gotham’s bar scene by storm in her own inimitable style. As part of the team who opened iconic New York institutions The Dead Rabbit & Clover Club, she now heads up the iconic Marie Antoinette-inspired Brooklyn cocktail den Le Boudoir while continuing to educate, inspire and champion heritage brands like Cherry Heering.

From any of the 200 romantic years of Cherry Heering's story, Ms. Franky chose 1925, when Paris was swinging. "The 1920's in Paris are known as Les Annees Folles. Or liv-ing in the crazy years. So, I chose 1925 midway in between. I was trying to think of that kind of era where it was kind of after World War 1 ... and we are talking about Paris, so this time with Paris, when a lot of expats went over there. So again, post-World War I and just as Prohibition was starting in the US, we had a lot of bartenders and a lot of creative artists moving and kind of hanging out over there, going to cafes all day, going to night clubs at night. Somehow always being productive as well."

"Attending saloons, exchanging ideas, yeah, it just seems like a really care-free time although a lot of those artists were starving but somehow they managed drink and eat and just and produce great art." "It was a period of maybe 10 years when it was just that kind of a fun, free for all, where they didn't have to worry about too much. Also, around that time we had American women finally getting the right to vote. So there was just a celebration of forgetting about the bad things of the previous decade and just living this kind of hedonistic, free-spirited lifestyle. That's why they are known as the crazy years!"

"I'm a singer as well. And I used to perform a lot and ... so that all appeals to me, that kind of artists or musicians just being able to live in a time when they just didn't really have many cares as the New York today, where there's so many things to worry about."

Ms. Franky is fluent in French and is a Bureau National Interprofessional du Cognac (BNIC) accredited educator and trainer. A keen traveller, she is inspired by internation-al food, drink and cultural experiences which she brings to life in her own decadently stylish corner of the drinks industry - an industry that she sees as getting more compli-cated by the day.

"I've done a couple of talks on the role of the modern bartender, the way we've gone from physically making drinks to having to create cocktails, do interviews, write an-swers in full sentences, learn Excel and Photoshop etc. I spend so much time making drink photos look great, balancing books and learning everything I can just to be more aware, more responsible and up to date. There's just so much more that goes into a modern bartender's role."

Ms. Franky makes a romantic 'roaring twenties' claim that if she had a magic wand she'd make sure that people's talents weren't being judged on the amounts of likes they get or the amount of followers they have on social media. A good claim but none-the-less a tough one to persuasively maintain in this day and age.

"It's just things have changed so much and a lot of it is great. A lot of it is really wonder-ful. The whole immediate exchange of ideas and that kind of thing." "It can be all about the likes and the followers. They may have 5000 friends on Facebook but there are cer-tain people who are just really great at what they do and don't have that because they don't want to play that game and I think it's unfair that they are penalised for not taking part."

"I don't know how we'd fix that. But it's just kind of endemic in culture in general as you can see in politics as well."

"I just think it's a little bit unfortunate that we just don't seem to have a lot time to do a lot of research. It's just kind of looking at social media with one eye and saying, "Are they popular? Great, we'll go after that one."

Re-discovering heritage brands is a joy for many bartenders and Ms. Franky is no ex-ception. "It seems like it's always one of those bottles that was just always there and I didn't know what it was or what to do with it. But I distinctly remember always seeing this Cherry Heering around. A few years ago they started a campaign with Coffee Heer-ing and that kind of brought the whole Heering brand back in front view. It's just kind of one of those iconic liqueurs that was always there on the back bar, or sometimes bur-ied somewhere else but it was always kind of there, which I think says a lot."

A responsible leader, a relationship builder and just straight up honest, Ms. Franky is one of those instantly connective people who'll tell you like it is, serve it like it was meant to be served and always has room on her Facebook page for a new friend. 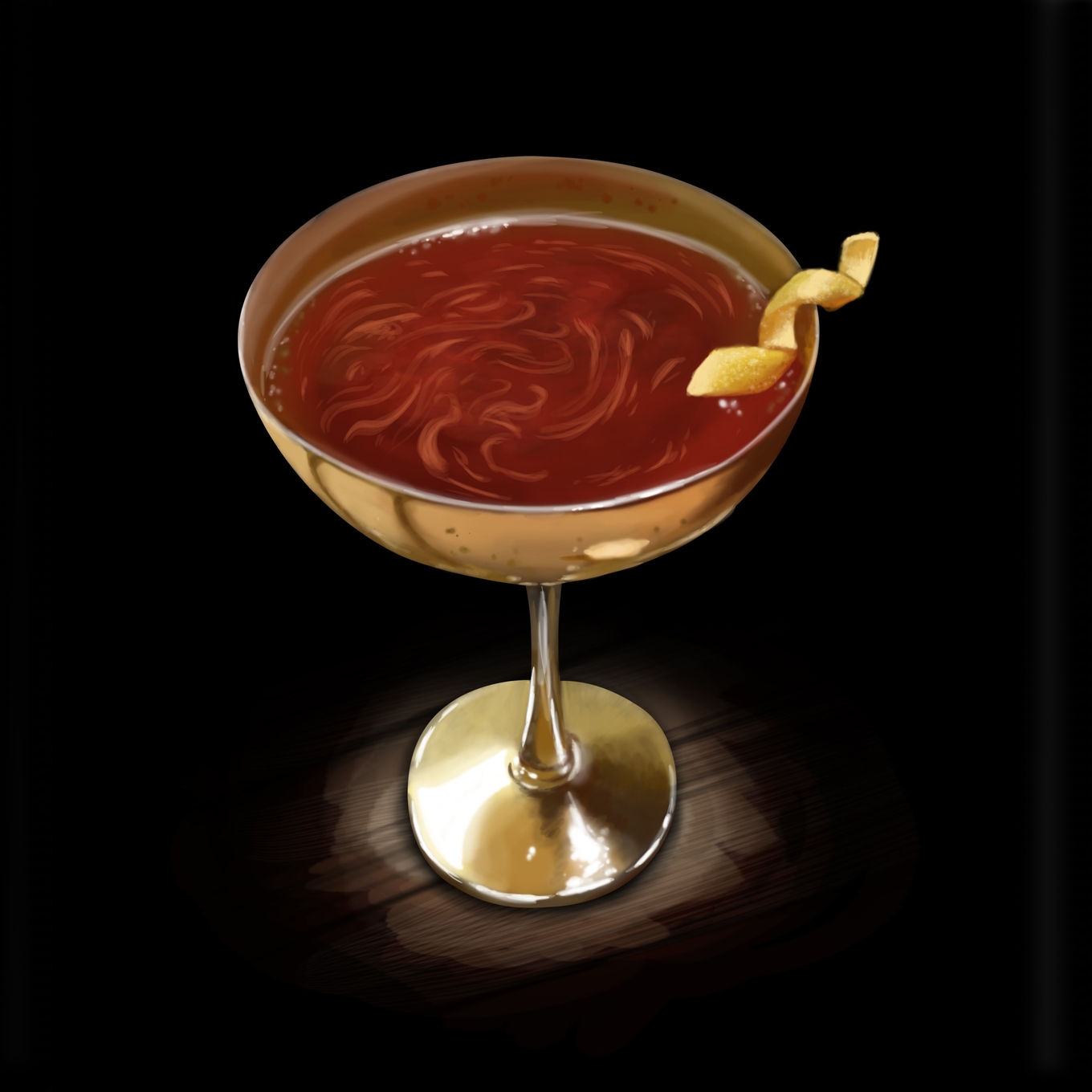