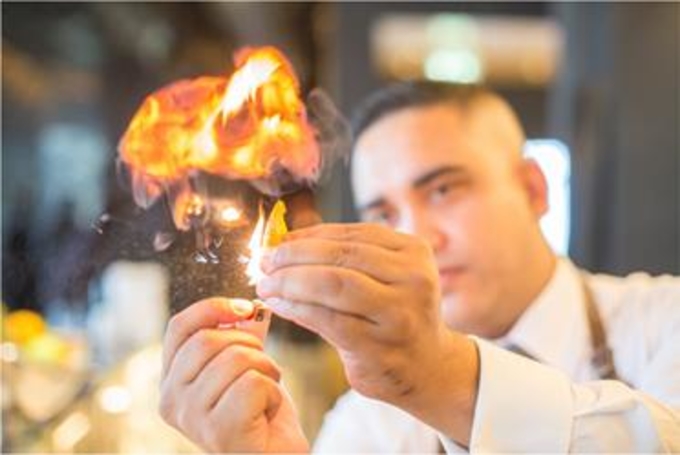 Imagine being bathed in the glittering lights of the Dubai skyline whilst sipping a drink at 200 meters above sea level, comfortably sitting in the luxurious bar of one of the world’s most luxurious hotels, one of those hotels which can turn almost any dream into a reality. Welcome to the SkyView bar of the Burj Al Arab Hotel in Dubai, the kingdom of Falil Mohamed Jayah, from Sri Lanka.

"I came to Dubai about 15 years ago. Becoming a part of the bartending movement that was growing in the UAE was a stimulating challenge. The customers were very demanding. They were used to high standards and we had to adapt. Things developed at a rapid pace and they couldn't be put on hold. It was an important time for growth for me".

"One of my most memorable days behind the bar was the first competition I entered with Cherry Herring in 2014. Then the day of the first purchase of our World's Most Expensive Cocktail comes second. The cocktail named "27.321" was sold on 16 April 2008, just two days after its launch on 14 April 2008. The price was 27.321 AED (£7777.77 GBP) and broke the existing record, held by the Merchant Hotel in Belfast, which was £750 GBP. The cocktail was sold twice to two buyers from the USA. The first sale happened very spontaneously. The guest entered our busy Skyview Bar at around 10.30pm and looked through the menu, whilst having another drink at the bar counter. The eye-catching first page of our menu, which listed the World's Most Expensive Cocktail, attracted the guest so much that he had a look at our 27.321. He ordered the drink. We immediately set ourselves up for preparing it and looked for guests with a standing in the community to be witnesses of the purchase. We also called a bar manager from a nearby hotel to witness its preparation with an expert eye. The witnesses were Sach, the bar manager from the 1897 Bar of the Kempinski, Hanan Merefie, and Glen Coomber, both working for renowed media and broadcasting agencies".

How will you be celebrating the Cherry Heering bicentenary?

"The year 2016 inspired our drink for the Cherry Heering bicentenary. In 2016, the Burj Al Arab Hotel introduced the North Deck, an outdoor luxury leisure concept which was a world-first masterpiece. It was fully constructed in Finland, and took six months to be shipped the 4,500km half way around the world before reaching its final destination in Dubai. The idea behind my cocktail, Master Piece, is to combine two main ingredients, Cherry Heering and Godet Antarctica Icy Cognac. Cherry Heering is thought to be one of the oldest cherry liqueurs in the world with a 200-year history. Icy Cognac is a clear cognac which is pure and clean. Together they make a world-first cocktail that is tranquil and unique."

The cocktail [see below] is mainly made for the winter festive season. Sweet spices such as cinnamon, star anise and nutmeg powder are mixed with Finnish chocolates and red berries (cherries & strawberries) together with milk, making the unique, inspired drink. Master Piece is an egg-nog style drink.

Bartending of the future according to Mohamed Falil Jayah

"Bartending is using culinary techniques and ingredients and combining them into cocktails more and more. The kitchen and bar were once separate kingdoms, eyeing each other warily. That's no longer true. Bartenders today raid the larder for veggies, herbs and even meat (in the form of bacon-infused bourbon) for added depth and intrigue. Even ice will be an ingredient requiring attention." Ice? "Cracked, cubed, crushed, hand-chipped, flaming, spherical—ice is now to a drink what a stove is to cooking. Better cubes determine the rate of dilution and should complement the particular drink you're having".

"A wide range of fruit and vegetables is essential to giving our cocktails great flavours. Ensuring that we source them sustainably not only ensures that we can meet consumer demand, but also enables us to make a positive environmental and social impact, while making a difference to thousands of lives".

A future goal for improving the bar industry

"Recruiting people with the right attitude and passion for the profession is the most forward-thinking thing that the hospitality industry can do. Greater investment must be made during the recruitment process, and a positive outcome will be guaranteed in the short term. It all goes back to the bar hiring process. If you bring someone on board with impressive experience but a terrible attitude, your drinks will look pretty but your bar will soon be empty. Team dynamics, personality, and work ethic are a lot more difficult for bar masters to teach than the best pouring methods." 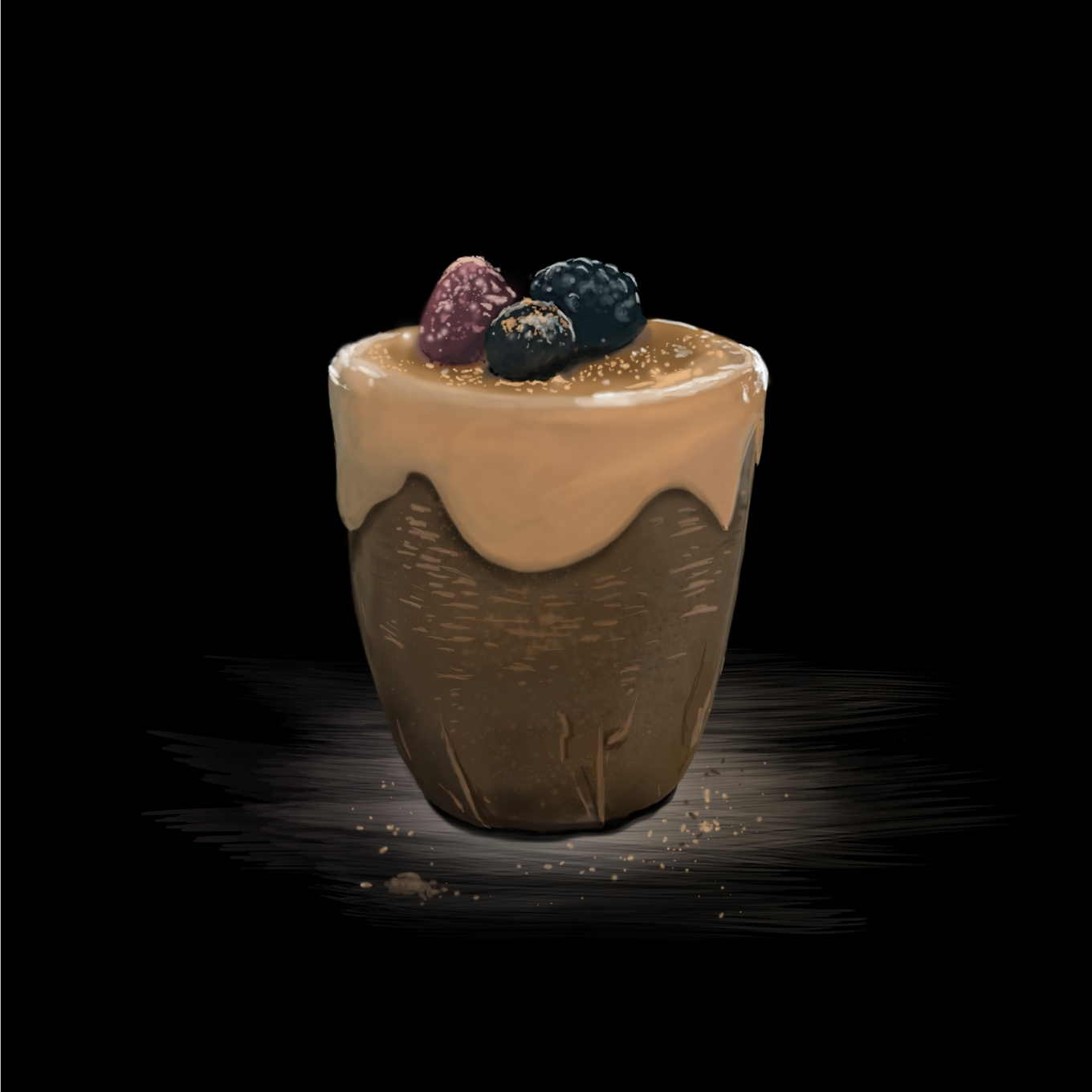 Glass: Clay pot
Garnish: Mix of berries, rosemary on top of a layer of Massa Ticino and dust with icing sugar
Method: SHAKE all ingredients with ice and fine strain into clay pot filled with crushed ice.