Reward where it's due, and specifically so 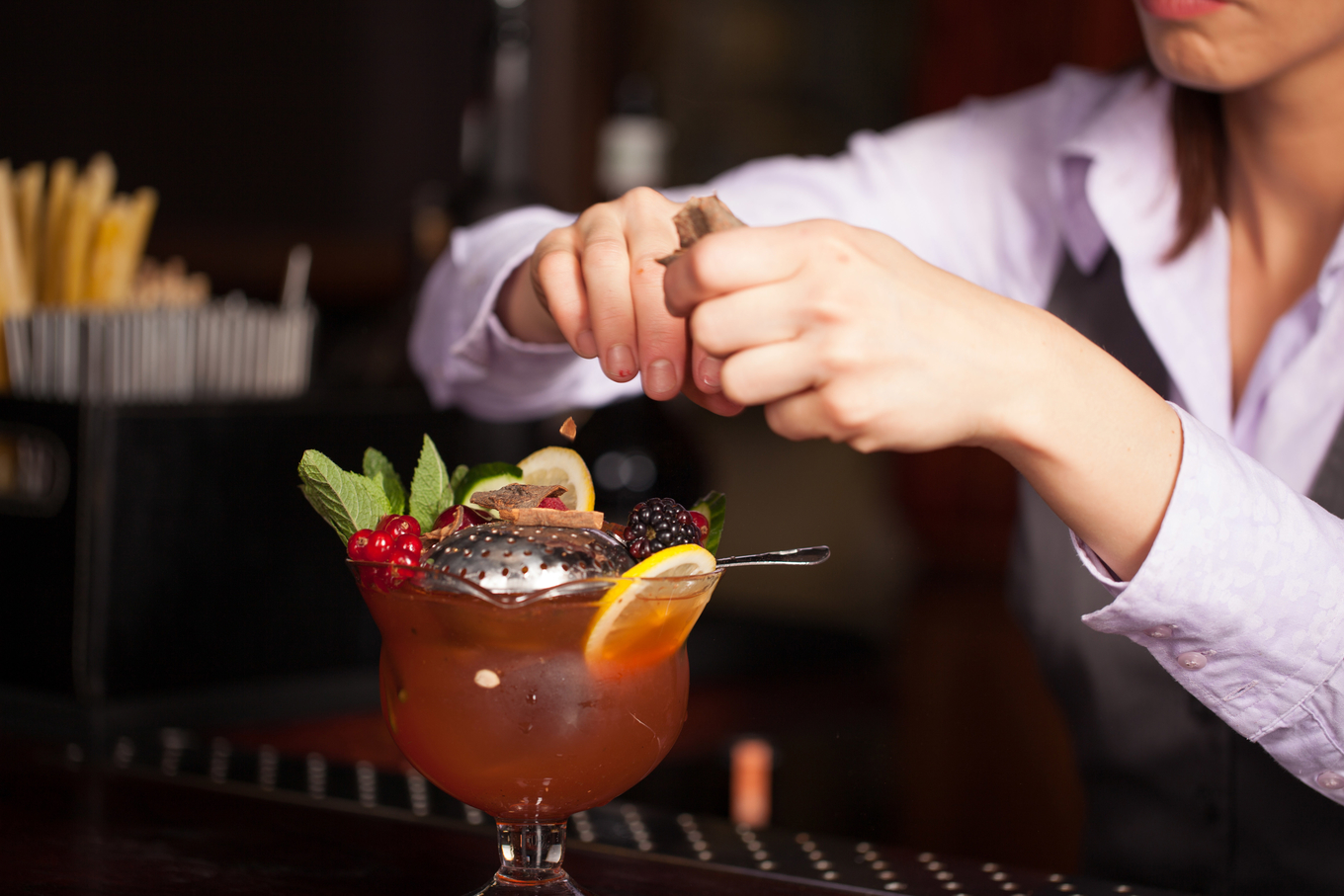 Hangovers do funny things to me. I remember the first time someone casually dropped the phrase ‘hanxiety’ in my presence, and I felt like I’d met my soulmate.

I thought it was my thing... nope. When under the sway of ​hanxiety​, I'm generally pretty useless - creativity's in the gutter, and self-confidence hits a serious low. Forget looking at the peaks above you and thinking 'I've gotta climb ​that​?!', and go more along the lines of looking down, thinking 'I shouldn't be here. I don't know how I did it. I can't deserve it.'

Still, with impaired thought sometimes comes an altered approach - a few months ago, I was in a conference call with some festival organisers in Asia. I wanted to be one of their guest bartenders, but knew they'd be going after bigger names. I don't remember the stream of thought, but I ended up selling myself in a completely different way than initially planned, along the lines of:

The best bartenders are now basically the worst - seriously. I'm not talking about arrogance or conceit, but practice. By the time you're a globally recognised name in bartending, it'll generally have been a while since you pulled 5 shifts in a week, let alone got slammed on a Saturday and spent half of it in the weeds on dispense.

Basically, I was saying that, sure, the festival organisers should get some big names on board to draw attention to the show, but for that 8-midnight slot, they should have someone who can get utterly roasted. I chose that word deliberately, by the way - I did get the job, and it was 38 degrees and I got hit ferociously hard. Still, I was surprised that such a pitch landed me the job - this phenomenon is obviously recognised, which got me thinking, as the point isn't just to slam our idols.

The word 'mixologist' has done many things to our eyes over the years - first, they narrowed, thereafter they rolled, eventually glazing over the course of a decade or so, and now, I'd say they throw out the ol' Ron Swanson slow-blink. ​You do you, babez​. Thing is, the word, from what I can tell, was not about implying broad superiority.

Yes, it drew a line between the pint-puller and someone whose work was more creative. Of course, the damage, I believe, came from the implication many took (perhaps falsely) that a pint-puller, by limitation of the title, is someone who cannot be creative, whereas the mixologist can do both.

Thus the superiority complex of the mixologist was born, and, without real accreditation to protect its status a la Champagne, well... ​anyone​ is a mixologist now. You do the £30 masterclass in gaining diabetes from All Bar What Now and you get it on a certificate. Congrats, you're on the red carpet, not least because you spilled grenadine on it.

I'm sure the equivalent exists in many industries, and because humans share the common behaviour of eventually dying, and largely fail to pass on their learnings, each generation improves a bit but has to repeat the same lessons. I'd say one of these is that if you need a title to feel respected, then you obviously don't feel respected enough in what you do.

Feeling​ undervalued is a personal issue, and those who need 'Mixologist' on their business cards perhaps lack confidence (and/or are unaware they may come across that way). A friend weighed in on this years ago by stating the term had a habit of landing him more freelance work. Fair enough, and frankly, you can call yourself anything you want. But as someone who reads a lot of CVs, the word, today, tells me two things:

The purpose of this article isn't to slam Mixology, regardless of its history or meaning. I'm actually saying there's a place for it, just so long as it's not used as a catch-all 'I'm better than just a bartender ah-thank-you' thing. In my position at CTC, I, with every other member of the team, perform the following jobs:

Obviously, the bottom one is your mixology handle. The middle is management, and the top is bartending. Yes, there's surely more to add, and probably the occasional thing to explore or move (I'm sure everyone's got a perspective here), but this is my central point - ​the top one is bartending.

This is why it's idiotic when your self-titled mixologists criticise volume or flair bartenders, or vice versa. The skillsets they compare are in wholly different categories (and probably venues), they're just supposedly fungible because they both come under the umbrella of 'bartending', which is misleading.

A chef on-shift in a restaurant has KPIs - do the prep to spec, get the mise en place in time for service, then execute the assembly of the menu dishes according to tickets, quickly and cleanly, without disemboweling the wait staff. The flavours aren't relevant to this equation so long as their jobs have been done accurately. A pinch of salt in the mother sauce could make everything better, but, operationally, that's not this chef's job, not then.

Here ego gets stuck in, and as ever, screws it up - it wouldn't be ego otherwise. Ego without error is known as conviction, drive, individuality. No, no. Ego's a right nob. We bartenders can be just as guilty - tweaking menu specs because we don't think they're right. Chiding, however subtly, a customer for not wanting your fernet drink, but actually the pretty pink one.

If their job is to create the specs, then the quality of the specs is part of their job, and they're entitled to both shame and pride, depending on their 'quality' - a deeply subjective thing, as evidenced when a lovingly-concocted manhattan is handed to the aforementioned fan of the pretty pink one.

The manager's job is arguably to bridge the gap between the spec and the server, and eventually up to the customer, whilst maintaining the cogs. Once again, their job is not necessarily regarding the quality of the product, outside of maintaining the standards set in place by whomever's responsibility actually ​is​ the quality in the spec.

The bartender's job is the same as that chef's, with the addition of being in view of the customer and handling payment. This muddies things a little more, especially when combined with 'rockstar syndrome' - the same set of character attributes which make a truly incredible entertainer (in this case while bartending), can also bring out that ego nob.

I think recognising these distinctions in open communication is an important step. Individually, it is of the utmost importance to take credit and criticism for the things that are our responsibility, nothing else. Even for many of us that take on multiple roles, separating them is key to handling feedback correctly - you don't want the mixologist responding to the guest's complaint about the drink - you want the bartender to do that. The bartender can tell the mixologist later, in a setting of mutual respect and understanding.

And as an industry, let's start awarding things the right way. Let's stop going on about legendary bartenders, as bartenders in the present tense, when they haven't held a station in years. It sends the wrong message, and warps aspirations - If you don't work on the bar anymore, however great you are, you aren't a bartender. Let the title go - evidently you have others. The team at the local TGI's don't need shade from the industry's greatest when they are realistically superior in the bartending skillset.

I've always got the impression from Coren, etc, that you round off an opinion piece with something provocative. I don't want to, as I'm legitimately not trying to poke any of the sizeable bears in this industry - this isn't digging into mixos, flairtenders or supervisors, but stating simply that I think we'd be rid of a staggering amount of insecurity if we were more clear on the meaning of being a 'bartender', and awarded talent appropriately.

... comment(s) for Reward where it's due, and specifically so