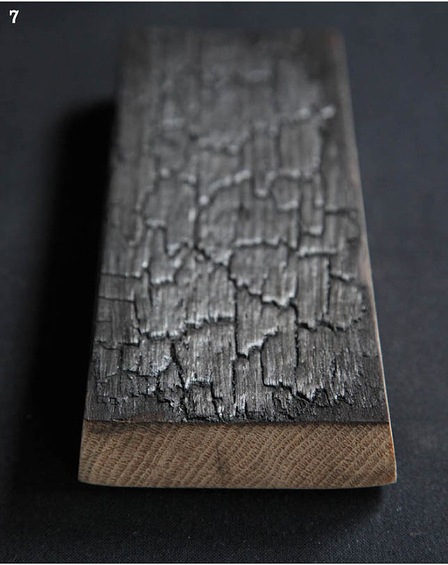 The beneficial effect of maturing spirits in oak casks was probably originally discovered by accident. Whether a spirit was to be distributed by horse pulled cart or by boat the usual container was an oak cask, a vessel which dates back to Roman times. Similarly the added beneficial effect of burning or charring/toasting the inside of the cask was also most likely purely accidental.

There is an element of toasting of the inside of a cask by the cooper during the traditional method of manufacture as the heat helps bend the staves into the familiar barrel shape. However, casks were recycled and used to store all manner of goods. It could well have been a cask used to hold fish was charred to remove the smell before being reused to hold whisky.

The benefit of charring led the American regulations to stipulate that in order to be termed a 'straight whiskey' or 'straight bourbon', new spirit must be aged in brand-new charred oak barrels. The new barrels, therefore, usually made from American white oak, have their interiors set on fire in order to achieve the charred quality required by law.

Fortunately for other distillers the world over, American law dictates the use of new oak, meaning that a bourbon distiller can only use a barrel once. Consequently the used barrels are sold to other distillers who are unburdened by such laws and may use that cask a number of times before the benefits of the oak are spent and the cask finally disposed of. Between uses it is common to refresh the cask by scrapping and recharring the inside. Generally, casks are retired after their second, or third re-fills.

The inside of a cask is usually only exposed to fire for less than a minute, but depending on how long the cooper lets the flames burn, varying degrees of 'toast' or 'char' can be attained. Each distiller can choose the degree of char according to that cooperage's scale with some opting for a light char and others a deeper char. Bourbon barrels are typically charred for 40 to 60 seconds but can be left for as long as three minutes.

The various levels of charring have different effects on the compounds and so flavours the charred oak imparts to the maturing spirit. Depending of the level of char different amounts of wood sugars are caramelised and vanillins, lactones and tannins left to influence the whiskey's flavour. The carbon in the char will also remove sulphur compounds in the spirit. Heavy charring will also cause cracks in the surface of the oak giving it an alligator skin-like appearance and so opening the oak to allow easier penetration by the spirit.

America's Independent Stave Company in Kentucky, which has been making barrels since 1912 and owns cooperages in Bordeaux, France; Santiago, Chile; Paarl, South Africa; and Adelaide, Australia, offers casks with seven different levels of toast and char - 'Heavy Toast' being the lightest and 'Craft Distiller's Char' being the heaviest. 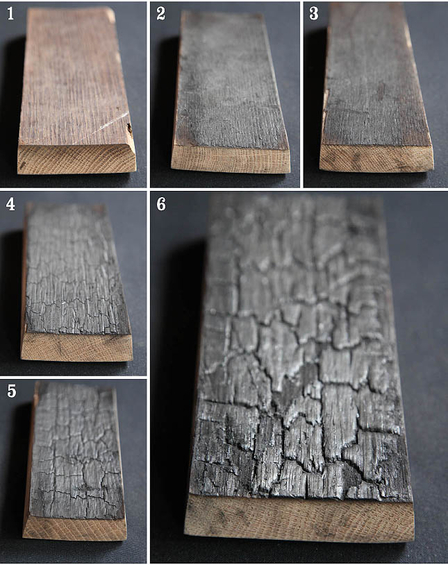