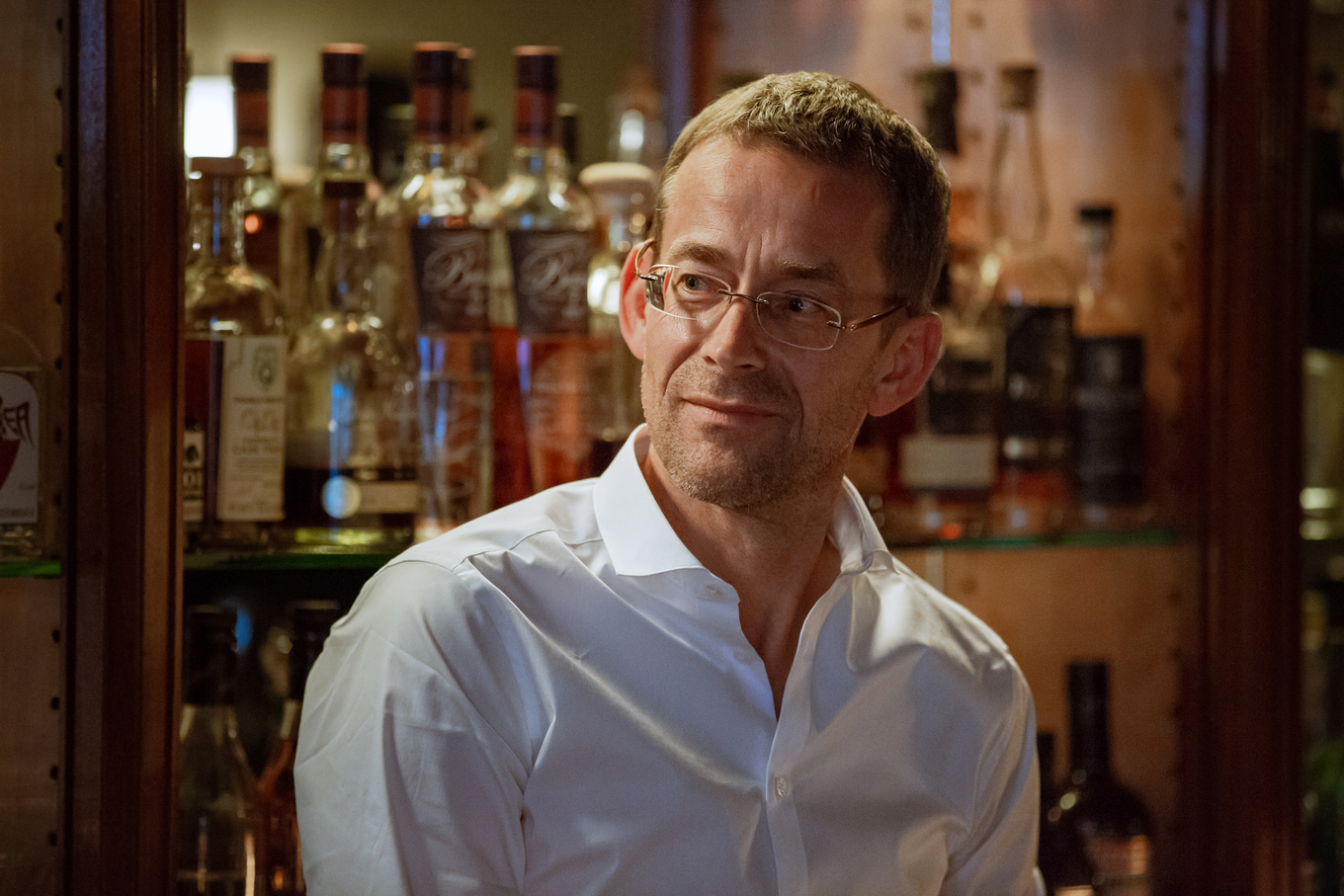 "It was not running well at the beginning," Günter Windhorst recalls of his namesake bar in Berlin's Mitte district.

"It was close to the American embassy and after two years 9/11 came along and they protected me with huge security measures. They built big walls around me. I had these guys with machine guns walking around my place and everybody who wanted to pop into my bar had to get checked, like at the airport."

But Windhorst persevered through several years of security screening and gun-toting GIs and his little place is now 20 years old-no small feat in an industry as fickle as the drinks world. He started it on impulse in 1999 after his boss, then owner of Würgeengel, a hip cocktail bar in what was then the up-and-coming Kreuzberg district, refused to allow him the chance to buy into the business.

It cost Windhorst the equivalent of 50,000 euros, with support from the breweries, to open a bar just 10 minutes' walk from the iconic Brandenburg Gate. An intimate space, with capacity for just 45 guests and the owner's impressive vinyl collection, Windhorst has endured thanks to a focus on the essentials: great drinks made with fresh ingredients and old-school hospitality.

A passion for hospitality, Windhorst says, is the key. "If you don't have a good host – gastgeber is the German word, you can forget it," he says. "It should be a little bit in your blood."

And hospitality seems to be in Windhorst's DNA. He started his career working for an uncle during the school holidays in the historic but staid city of Bremen. While his parents have no connection to the industry, one sibling owns a bakery, another has a hotel, while the third is married to a cooking teacher.

When he arrived in Berlin, just in time to join the crowds as the Wall that had divided the city between East and West came down, Windhorst was working as a chef. Tired of earning the equivalent of just 500 euros a month, he rapidly moved to the bar. "At the beginning of the 90s, that was the beginning of this cocktail thing, and the new economy with the computer thing was coming up," he recalls. "We had a lot of clients who were very rich for a few years and they spent a lot of money and we got good tips."

Impressively, many of his regulars-and a bar like Windhorst runs on regulars-date all the way back to the 90s. "A lot of guys who were students these days now run their practices: they're doctors and architects and so on," he says. "Now they sometimes even bring their children with them."

A family man, who has the names and birthdates of his two children scrawled on the wall of his bar, Windhorst does an impressive job at balancing work, life and family-although he dismisses the idea that parenting as a bartender is hard. "Having children is a good thing because you have responsibility for other people, for your children," he says. "So you stop these night excesses."

Windhorst's wife is a doctor, meaning he is a hands-on father, waking up in the morning to get the kids to school and eating dinner with them most days. He works three or four evening shifts a week in the bar and keeps on top of the business side in the morning, catching up on sleep in the afternoons before the kids come home. "I changed my rhythm a little bit," he shrugs. "That's all."

Over his three decades on the Berlin bar scene, Windhorst has seen a wealth of changes. What was then West Berlin merged with East Berlin, almost doubling the population; new cultures have transformed the city's eating and drinking scene; Mitte, the district where he opened Windhorst, has become one of Berlin's most desirable areas; and the internet and smartphones have reshaped how people socialise.

Windhorst, who remembers the days when bars had a single landline and guests had to step behind the bar to receive or make a call, is not a fan of phones in social contexts. "The new scenery in a bar could be that you have six people sitting at the bar and all six have their mobile phones in their hands and are browsing!" he says. "There are days I don't give anyone the correct password for the wifi because it's annoying me totally."

While Windhorst values the easy availability of information on the internet, he feels it can also make life difficult. "My first experience of cocktails was a slow thing, very passionate," he says. "Now it's so fast. There are new products every day, new techniques, new guys on the internet. It's not easy for young people to start preparing cocktails because they're overloaded with information and ideas."

Worse still, he feels, is the phenomenon whereby the internet makes everyone an expert. "They can be sitting in front of you with a mobile phone and try to find out a really good drink on the internet and say, 'Hey, guy, can you do me this drink?'" he says. "And, you know, how could I? I don't have the ingredients!"

Yet, despite these minor irritants, Windhorst is content with his bar and his life. He celebrated the twentieth anniversary with friends and regulars; he loves to tend his record collection and build his impressively long menu. Would he ever imagine selling up? "If I'm getting older and I'm offered a contract, then I'd have to," he says. "But at the moment, I'm very happy with the situation."