Tony Abou-Ganim is a celebrity in the bartending world and has made dozens of appearances on U.S. television shows, including TODAY, Iron Chef America, Good Morning America, CNBC and Fox News. He is the author of two books, The Modern Mixologist: Contemporary Classic Cocktails (Agate, 2010) and Vodka Distilled (Agate, 2013), and also has his own line of Modern Mixologist branded bar tools.

Tony grew up in the bar business, learning the craft from his cousin Helen David at the Brass Rail Bar in Port Huron, Michigan. After graduating from college, he further developed an appreciation for hand-crafted cocktails made using only the freshest ingredients while working at Jack Slick's Balboa Café and then during the opening of "Harry Denton's,” a legendary hangout in Fog City. In 1993 he moved to New York City and took a position as the opening bartender at Po, Mario Batali’s first restaurant.

Tony later returned to San Francisco to open Harry Denton's Starlight Room atop the Sir Francis Drake Hotel and it was here that he developed his first specialty cocktail menu featuring several of his original cocktail recipes including the Sunsplash, Starlight and his most famous of them all, the Cable Car.

In 1998, Tony was selected by Steve Wynn to develop the cocktail program at Bellagio Las Vegas, where he also created several original cocktails for the resorts 22 bars. In 2002, he won the Bacardi Martini World Grand Prix – one of only two Americans to ever win this title.

As one of the National Ambassadors of the U.S. Bartenders Guild, and Associate Member of the Museum of the American Cocktail, Abou-Ganim continues to work as a cocktail educator and operates his own beverage consulting firm specializing in bar staff training, product education and cocktail development.

“It couldn’t be a Singapore Sling without Cherry Heering” 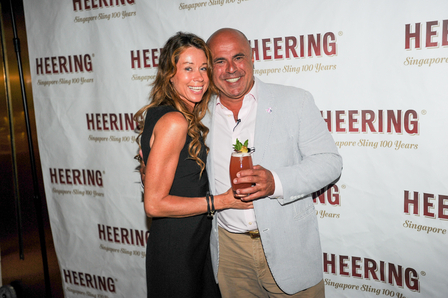 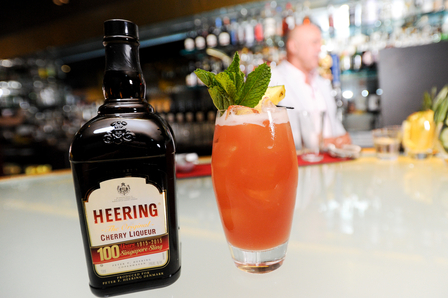