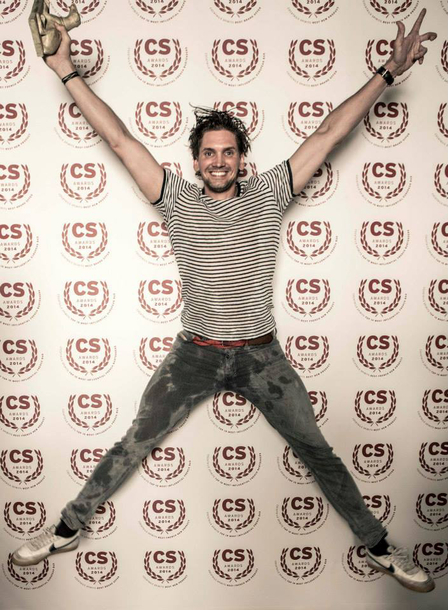 Nico de Soto has just been named the most influential French bartender at the 2014 Cocktails Spirits show in Paris, an accolade that couldn't have come too soon. Flying the flag for French bartenders around the world, his CV is testimony to both his skills behind the stick and his passion for the trade. But France is about to lose its most influential bartender to New York, a place he previously worked and lived in, where a captive audience await his return and the exciting new steps Nico is about to take on the other side of the pond.

I always wanted to be in New York I went there for the first time in 1998 and when I left I told a friend, I will work and live in NYC. I almost made it last year but ended up back in London, a city that I love as well, but, if all goes well, I should be back in the Big Apple in July this year.

Winning the award at Cocktails Spirits just made me feel happy and incredibly relieved. It's been a while now that I've been working between New York, London and Paris and I know, and I'm very honoured that, my work has been a model for some people in France. I often receive questions from young guns asking for advice. But I'm also aware I was close to winning last year, and it never happened, and it's ok, I can live without it. But to win this year, thanks to all the votes from my colleagues, that means a lot to me and for the first time in my life I feel very proud. Some don't care about them, others are used to awards. But I do.

To be honest I've never had one person who I can pinpoint and say that was my mentor. I'm more the type to pour over books, always trying to improve. I had my geeky period where I calculated dilution and the temperature of the drink; studied the best way of shaking and stirring. But, that said, a few people have influenced me along the way. Julien Escot being one, who wrote the book I travelled with; Art of Cocktails. I learned many recipes from that sitting on random beaches. Frederic Le Borday, who was head bartender at Le China, now owner of L'Artisan, reminded me how important classics are, while Giuseppe Gonzalez taught me a lot at PKNY, wash lines, how to build rounds very quickly and to be efficient. And of course Tony Conigliaro, who I will always be a huge fan of, and it's a shame the bar we were supposed to open in London together didn't work out. But you learn all the time from your colleagues, just from talking and trying new things.

Paris, London and New York have all been my home but it was in Australia that I started bartending. I was there on working holiday visa in 2005 and needed a job. Partying and women were my main motivation and I started bartending in a pizza restaurant near the beach in Palm Cove near Cairns, Queensland. Of course there were no parties and no women. When I came back to France I started at Indiana Cafe, probably the worst cocktail bar in Paris, then slowly made my way to better and better bars. Some of the best places I've been behind the bar include Le China, Mama Shelter, ECC and Curio Parlor in Paris; Dram, ECC Lower East Side and PKNY in NYC; and ECC Chinatown, 69 Colebrooke Row and Happiness Forgets in London.

The differences between these cities was enormous years ago, but now the level is great across the board. Paris has seen the most improvement, New York is resting a bit on its laurels but still very good. A few years ago New York was on top, Paris was not great cocktail-wise and London was free pouring. Today it's all different. I would say London is better than any city in the world for its creativity: Artesian, White Lyan, 69 Colebrooke Row, Talented Mr Fox, Zetter Townhouse, Nightjar, Blind Pig, London Edition...whether you like it or not when you open a menu there your reaction is 'wow, that's crazy' and I miss that in New York. All the bars are amazing, the service is top notch, but you miss a bit of that craziness. The hotel scene, which is exceptional in London, is slowly coming in New York.

You enter a bar in New York and you don’t want to leave. There, it's all about atmosphere and service. The camaraderie between colleagues makes you want to be part of it and for that reason it's my favourite scene. There really is a 'startender' attitude there. People go to see certain bartenders and these guys can do shifts in different spots in the same week.

As for Paris, well I can say I'm very happy about what's happened in the last few years. The city is still learning but I can proudly say it is the third best cocktail scene in the world right now. They should not take it for granted though and continue to work hard. Paris was forgotten but just as in London and New York, Paris has history in the cocktail world too. Just look to places like Harry's Bar. 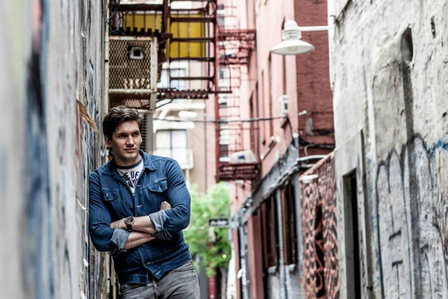 Rum, without any hesitation, is my favourite spirit. It's so versatile, and I'd include cachaca in that category. The range of flavours is just insane. I have a sweet tooth so I'll go for something like Mombacho 18 from Nicaragua or even the mainstream El Dorado 12. My good friend Joseph Akhavan is opening Mabel in Paris, a rum bar, and I can't wait for that to be part of the scene.

As for what I like to drink, well it's always complicated. I like to try drinks on menus, because bartenders (usually) spend time on it and I find it a bit insulting to go and order a Negroni. I'm more shaken than stirred and I like creativity. Classics cocktails are amazing but they tend to bore me after all these years. If I had to choose one easy one and another 'hey you have nothing to do?' one, it would be a classic Daiquiri and a Brandy Crusta.

I've made a few drinks in my time, Kota Ternate is one I'm quite proud of. It's a clarified milk punch served in a small bottle and is still on the menu at ECC Chinatown, created in 2010. I could drink that all night long. One I'm not particularly proud of inventing, but more proud of the fact it became a modern classic and all the bartenders in Paris hate me for it, is the Saint-Germain-des-Pres , originally called Niko's Gimlet.

As for my style of bartending, I focus on flavours. I want to create combinations that aren't obvious. At school I was always the scientist, I liked mathematics, physics and biology and it reflects in my work. I enjoy listening to Ryan Chetiyawardana or Tony C talking about acids, brix or rotovaps. I like why rather that when or who. At the same time I don't want my bar to be boring and that's why I enjoyed my time at ECC. That 'joyeux bordel'. To have models mixed with cocktail geeks, people smiling and having fun. You go to a bar to get laid. Full stop. How big the orgasm will be, that's our job. And we all agree that service, atmosphere, music etc are as important as the quality of the drink.

I can't really talk too much about my new project before I get my visa. All I can say is it will be a small neighbourhood bar in the East Village. Nothing too geeky or fancy but amazing drinks and good service. My dream was to open in New York, Paris and London, because I love these three cities so much. I recently realised it's very hard to open in different locations, so I swore to myself I will never neglect a bar for a new one. Several in New York might make sense. But I would love to open in Paris too and I need to find the right partners for that, because no matter what, I want to live in New York for the moment.

I have no idea what my retirement plan is. Everyone who knows me understands just how much I love to travel. I've been to 60 countries, 417 cities (I told you I like numbers) and I won't stop there. So that's probably what I'll do. A boat and a case of rum? That sounds good to me.