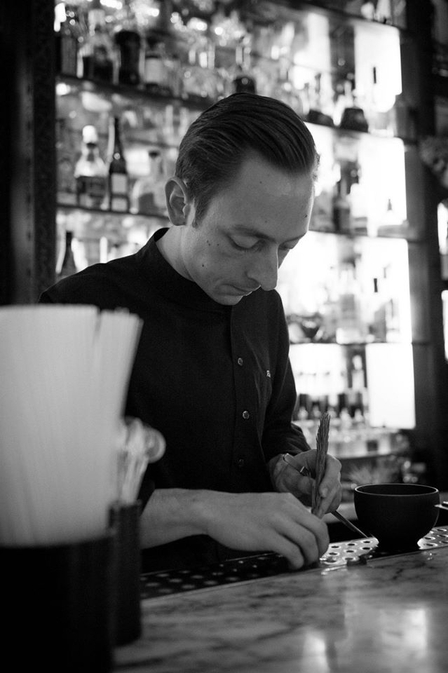 Opportunity can be everything, and it certainly was for Roman Foltan. Behind the bar at Artesian he has been learning his craft from the likes of Alex Kratena and Co. and has emerged as a great bartender in his own right. But at 23 years old Roman still has an entire career in front of him, hopefully leading in the direction of a sun drenched Mexican beach. Now he's in the final for the UK heat of Bacardi Legacy after blowing the judges away in the London heat.

Working in the world's best bar is an amazing feeling, especially as I've been there since we received that first award. Artesian is a fun place with great music, great service, amazing cocktails and atmosphere, but it's a really busy place too. People constantly see on social media that we're having the time of our lives, it can even appear that we're just working a few hours per week, but the reality is, of course, different.

We're a hotel bar, but still we do incredibly high volumes. Currently that means we pump out around 650 to 700 cocktails each day. In the last three months we've sold 70,000 cocktails. Every bartender is working five days a week, 70 hours or more. But in end we love it, we love our job, we love making our guests happy, and Artesian is our baby.

I've been working in hospitality since I was 14, it all started in a kitchen as a KP. I had a range of different positions, at one point doing kitchen dispense, but I've always preferred working on the floor.

Since that first job I've worked everywhere, from restaurants to cafes, night clubs and cruise ships. In the end the decision to try bartending was spontaneous although I suppose I've always followed my older brother Kamil, who is now working as the head bartender at Tippling Club in Singapore.

London is where I came at 19, having finished high school. I worked for a few months as a food runner at SamarQand restaurant, for Bek Narzi. It was Kamil who landed my job at Artesian though. He went for a drink there and Alex mentioned that he was looking for a new bar back without any experience so they would train them. My brother pushed me to send in my CV.

Getting a job at Artesian was a long process. I had five interviews and the process took more than one and half months. Finally on my 20th birthday I had my last interview in the morning and in afternoon I received call from hotel saying that they would like to offer me a job. At this point I'd met Alex only once and heard a few stories about him, Simone and the bar, but that was all. It wasn't until I started to work there that I realised how lucky I was.

My biggest mentors are Alex, Simone and my brother Kamil. I'll humbly and proudly say that whatever I know right now, whether it be skills or knowledge, it's because of those three guys. They push me more and more every day. Twice a week we'll be working doubles, finishing at 4am, getting to sleep for a meager two or three hours at the hotel and start again at 7am to do set up, trainings and working the closing shift again. The boys could have been home sleeping or doing something else, but they spent that time to teach me and train me and I appreciate that. 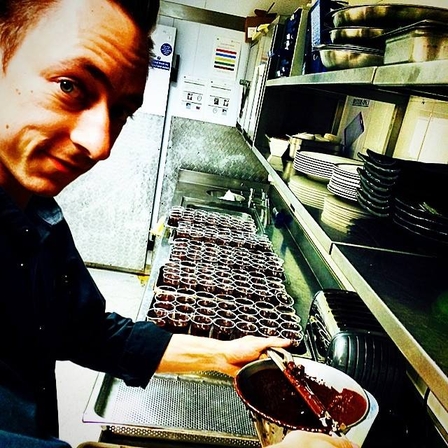 The biggest benefit of working in a hotel bar is definitely the budget. Hotels are generally huge accounts for beverage brands and we get a lot of support from them. But it's also the hotel, and we're very fortune at Artesian that our hotel believes in us and supports us. Because of the relationship between brands, the hotel and ourselves we are able to design our own glassware, create something as different as the butterfly menu and organise charity dinners.

At Artesian we believe that every detail counts. When I'm behind the bar I think there should be a balance between having fun, creating a jovial atmosphere but also obsessing over those details. It all starts from entering the main door of hotel, the way the room is lit, the aroma, how the tables and chairs are aligned, receiving water on arrival and the coasters and napkins all being placed down just so. This has to be true right till the end as our guests approaching the main doors, but this time on the way home. All these small details our eye perceives without realising, and it's these details that are stimulating our brain and making the whole experience complex. However I still believe we should "work hard and play even harder."

If someone told me four years ago, when I finished high school, what I would be doing today, who I will meet and what I will have tasted, I would probably have laughed into his face. I can see what huge progress the last four years have meant for me, and I'm willing to continue. My main goal so far is learning and improving myself and sharing what I know.

If I had to pick a spirit it would be mezcal without any hesitation, but I love to work with Becherovka, which is a beautiful Czech herbal liquor full of cinnamon and spices.

I'm 23 right now, so I'm not sure what is going to happen in future. I guess all of us would like to have a bar one day, me too, but ideally I will be chilling somewhere in Mexico, drinking cervezas and mezcal.